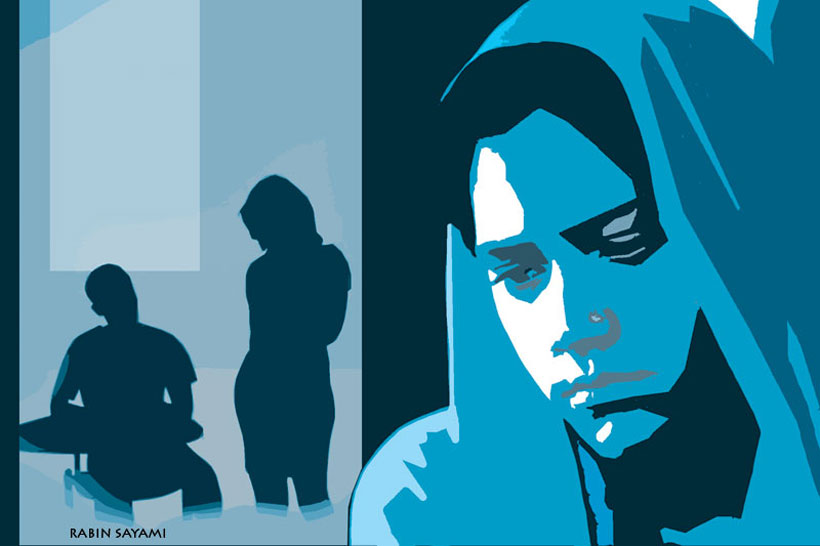 When a girl or woman is viewed in connection with a male figure, it creates an unequal society
As the world is observing 16-days of activism against violence against women and scores of programs are being organized for violence-free society, an interesting event happened in Kathmandu last week. An interaction on ‘raising awareness on human trafficking’ was organized by ‘Media Mobilization for Sustainable Development.’ After it was over, participants engaged in informal conversation.

Two pretty foreigner ladies were surrounded by participants. When the foreign women revealed that they are actually already married and to Nepali nationals, it left their listeners awestruck. “So you are our buhari?” a man of about 45 said, grinning. In as good an English as he could muster, he added “Buhari you know, daughter-in-law of Nepal.” Before she could intervene, he said “you leave your citizenship, and get the citizenship of Nepal”.

The overjoyed man could not have expected this in reply but the foreign woman said, in fine Nepali: Tapainko desh nararmro, mahila purush barabar chhaina. Mero desh ramro. Mahile purush barabar chha. Tesaile yahako nagarik huna man pardaina (“Your country is bad. Women and men are not treated as equals. My country is good. Women and men are treated as equal. I do not want to be a citizen of your country.”)

The man forced a smile and said Nepali ni aaudoraichha (“She knows Nepali language as well”). The lady then turned to us and said “Subina Shrestha’s children cannot but my kids can be Nepali. In France, I show my passport and my children get citizenship through me easily, my husband is not important, I am important for my country”.

From the way she was talking, it was clear that she was aware of the constitutional provision on citizenship. She knew Subina Shrestha, a prominent Nepali journalist, whose children are unlikely to get citizenship easily as their father is a non-Nepali.

Inside the hall, the interaction was focused on human trafficking and why women and girls are vulnerable to violence and exploitation. Alarming figures and facts were shared during presentations. UN estimates that 35 percent of women worldwide, and as many as 70 percent in the least developed countries, experience physical and sexual violence from their intimate or non-intimate partners. In some societies male members in the family sexually torture them but women hesitate to initiate divorce, as they worry about their children’s future. The United Nations says over 700 million women alive today were married before they were 18 and early motherhood has badly affected their health.

Poverty, illiteracy and lack of employment were other issues discussed during the interaction. We also shed light on social preference for male child over female child, female feticide and dowry.

We cannot put aside patriarchy while talking about women’s empowerment and emancipation. Though men and women are always interdependent, patriarchal social structure forces women to rely on men even for things they could handle themselves. For instance, unequal citizenship rights force women to continue living with abusive or irresponsible husbands.

Inside the hall, a male presenter had also cited many studies on why women must be treated as equals, and how it would be difficult to build a violence-free society without such equality. He seemed to understand why it is important to protect the dignity of men and women, equally, and why not doing so would leave the ‘weaker’ sex more vulnerable to exploitation. But during informal talks outside, he said that he had never internalized the spirit of gender equality.

Our men preach one thing in public and do something else in practice. No wonder Nepal does not refuse to be a signatory to international protocols like the Convention on Elimination of All Forms of Discrimination against Women (CEDAW), but seldom are these commitments translated into reality.

Equal citizenship right for women was a key agenda of all major political parties during Constituent Assembly elections. But when it came to granting such rights they offered the excuse of “open border with India” and “possible risks on nationality” to continue with discriminatory provisions against women.

The proposed amendment, which has sparked protests in parts of the country, has also talked about citizenship. The amendment proposal has relaxed the provision to provide citizenships to non-Nepali women married to Nepali men. But no such provision has been proposed for non-Nepali husbands of Nepali women and their children.

There is a provision not to deprive children of Nepali women of their rights to citizenship. But that comes with so many hassles that women and children seeking citizenships or birth certificates without the support of the father figure or family are unlikely to get these papers.

While waging a war on equal citizenship rights, women wanted the state to treat them as equals, complete individuals instead of viewing them in connection with their husbands or marriage. For them, that was a war for dignity. But the leaders have shamelessly told women activists, several times, that they and other women should marry Nepali men if they do not want to face hassles in obtaining citizenship, for themselves or for their kids.

When a girl or woman is viewed in connection with a male figure, and not the other way round, it creates an unequal society. It belittles the importance of our daughters in the family and the society. That is the reason girls are more vulnerable to exploitation than boys, though they live in the same society. Only equal respect for women, in all respects, will help us build an equal society.

Men sometimes forward funny arguments in defense of current citizenship provisions. They bring in the issues of bhanja bhanji and jwain (husbands and children of women married to foreigners). This argument is flawed. A state should not treat its citizens on the basis of whose nephews, whose jwain or whose buharis they are. If a Nepali national marries outside the country, he or she is marrying a non-Nepali. A state cannot be dear to some and indifferent to others.

If the civil society, intellectuals, media, decision makers and leaders fail to see this simple truth, we are doomed to live in a society that always treats women as second class citizens and ripe for exploitation.

Therefore the first step towards women empowerment should be to accept men and women as equals. Their choices should be equally respected. This is what Nepal has promised to its citizens by signing the CEDAW and several other rights-related bills. Until and unless a daughter and a son are treated as equals, the battle against violence against women cannot be won.

The author is with Republica’s social bureau