Reject or not to reject: CPN-UML in a Hamletian dilemma over federalism 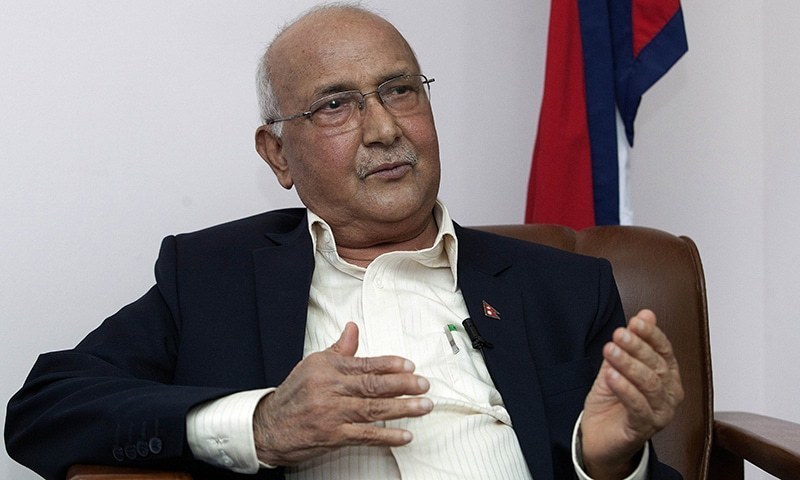 Speaking to journalists including editors of broadsheet dailies on Sunday evening, Oli said, “Federalism was not the demand of any of the people’s movements. It became a mainstream political agenda without being properly discussed and debated among the parties. We had accepted it back then hoping that it would solve the country’s problems.”

Oli’s anti-federalism remarks have come at a time when a constitution amendment bill has been registered in parliament in a bid to resolve problems which are mainly related to the implementation of federalism in the country.  Especially, the government’s proposal in the amendment bill to remove the hilly districts from Province Number 5 has come under fire, triggering protests in several districts of the province.

In the interaction with the journalists, Oli also claimed that the then USSR had fragmented because of federalism. “Now, attempts are being made to destroy the country in the name of federalism. The country is not like a cake which can be cut into pieces and distributed.”

This is not the first time, however, that the UML supremo has spoken out against the concept of federalism. On several occasions in the past, he has vented out his ire against federalism, making it clear that his party was being dragged by the Maoists and Madhes-based parties to accept the agenda of federalism.

When the second People’s Movement was going on, Oli had also said that “to bring republicanism in Nepal is like reaching the US on a pull-cart.”

Though Oli has been speaking against federalism in Nepal from time to time, his party officially accepted the Interim Constitution as well as the current constitution which had/have envisaged federalism as a means to politically restructure the country.

Similarly, the Madhes-based parties to fulfill whose demands the current government wants to amend the constitution are not happy with the amendment bill which is silent on their demand to include three eastern districts – Jhapa, Morang and Sunsari – in Province Number 2 (Madhes province) and include two far-western district – Kailali and Kanchanpur – in Province Number 6 (Tharuhat province).

As things stand at present, it is unlikely that the constitution amendment bill registered by the Dahal-led government will be endorsed by parliament. An acceptable-to-all deal on federalism has been illusive so far despite myriad attempts by the Nepali politicians to hammer out such a deal. As a result, implementing federalism in Nepal has proved to be a very hard nut to crack.

PM Dahal holds meeting with UML Chairman Oli, RPP Chairman Lingden
21 hours ago
Bill on money laundering to be amended through fast track process
20 hours ago
If you want to seek your property share, go to Baluwatar: MP Agrahari
18 hours ago