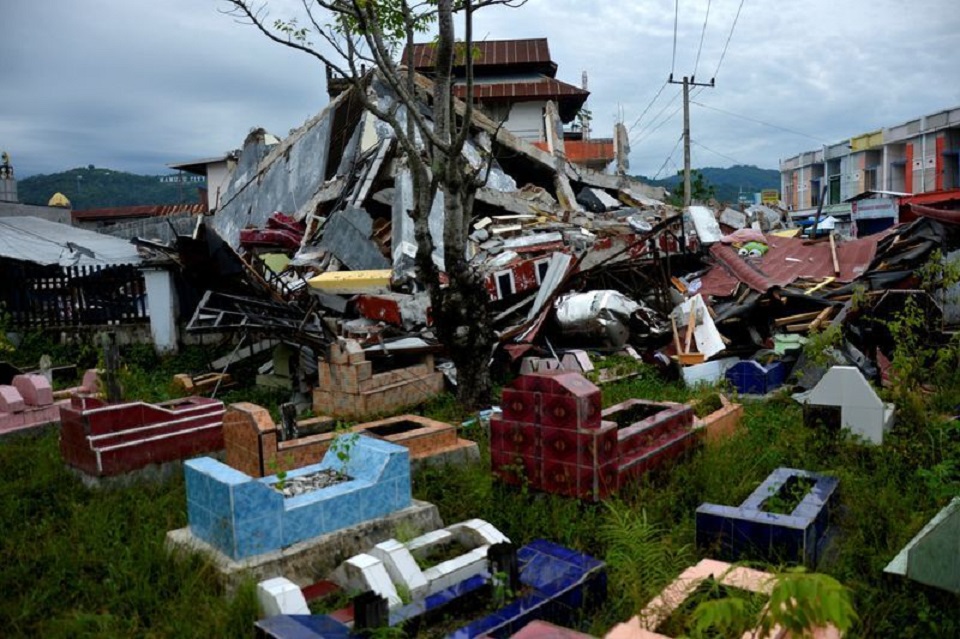 The 6.2-magnitude quake, part of a string of disasters to hit the Southeast Asian archipelago in recent weeks, struck West Sulawesi in the early hours of Friday morning, sending thousands fleeing from their beds.

Disaster mitigation spokesman Raditya Jati said in a statement on Monday that 81 people were confirmed to have died, while more than 250 had been seriously injured.

There was also significant damage to hundreds of homes, a mall, a hospital and several hotels.

With thousands displaced, authorities were also working to stem the spread of the coronavirus among evacuees, including by conducting rapid antigen tests, the official said.

Aside from the earthquake, the world’s fourth-most populous country also suffered a plane crash on Jan. 9 that killed 62 people as well as a deadly landslide in Java and the eruption of the Merapi and Semeru volcanoes.

And President Joko Widodo was due to fly to the province of South Kalimantan on Borneo island on Monday to view flood damage after at least 15 people had died following weeks of torrential rains.

Straddling the so-called Pacific Ring of Fire, Indonesia is regularly hit by earthquakes. In 2018, a devastating 7.5-magnitude quake and subsequent tsunami struck the city of Palu, in Sulawesi, killing thousands.

The country’s meteorology agency has warned of aftershocks in Sulawesi, along with the risk of extreme weather and other flood dangers in the coming weeks.

UPDATE: Quake death toll at 73 as Indonesia struggles with string of disasters

JAKARTA, Jan 17: At least 73 people have been killed after an earthquake struck Indonesia’s West Sulawesi province on Friday,... Read More...

EU, UNFPA announce to continue their collaboration to combat GBV in Nepal as their two-year project concludes
4 hours ago