PALPA, Jan 14: Ruru Kshetra (also known as Ridi) has reported a sharp decline in the number of visitors during this year’s Maghe Sankranti owing to the fears of COVID-19.

Hindu devotees throng one of the four major shrines (char dhams) on the first day of the Nepali month of Magh (popularly known as Maghe Sankranti or Makar Sankranti) to take a holy dip in the Kaligandaki River which is considered to be a holy river and has been mentioned in various scriptures of the Hindu religion for ages. It is situated at the confluence of Ridi and the Kaligandaki rivers and also a tri-junction of Gulmi, Palpa and Syangja districts in Western Nepal.

People from various districts including Gulmi, Syangja, Nawalparasi, Rupandehi, Kapilvastu, Arghakhanchi and Kaski flock here every year to take the holy bath and pay homage to Lord Rishikesh. Devotees from other parts of the country and even from the southern neighbor India visit this place on the day of the Makar Sankranti.

On this day, the sun moves from the tropic of Sagittarius to the tropic of Capricorn. It is believed that the days get longer and nights shorter from today itself. According to ‘Bhabisya Puran’ and ‘Dharma Sindhu’, religious texts, devotees will get special blessings and will have a robust body if they observe the festival as per the rituals. The Newar community observes the festival by taking ghee, Chaku and remembering the departed souls. This festival is called ‘Ghyo Chaku Sallnhu’.

People visit Ruru Kshetra not only to take a holy dip but also to observe an age-long ‘Ridi Mela’, a fair which is held every year on the day of Maghe or Makar Sankranti (first day of the Nepali month of Magh). The fair lasts for three days. The first day is popularly called as ‘Jethi Sankranti’, while the second and third days are known as ‘Maili Sankranti’ and ‘Kanchhi Sankranti’. Local products including Doko, Nanglo, Supo, Khukuri, Hasiya and Sakkhar are usually sold during the fair.

However, due to COVID-19 fears this year, no formal program was organized in Ridi. Youths, however, have been enjoying rafting adventures in the Kali Gandaki River. 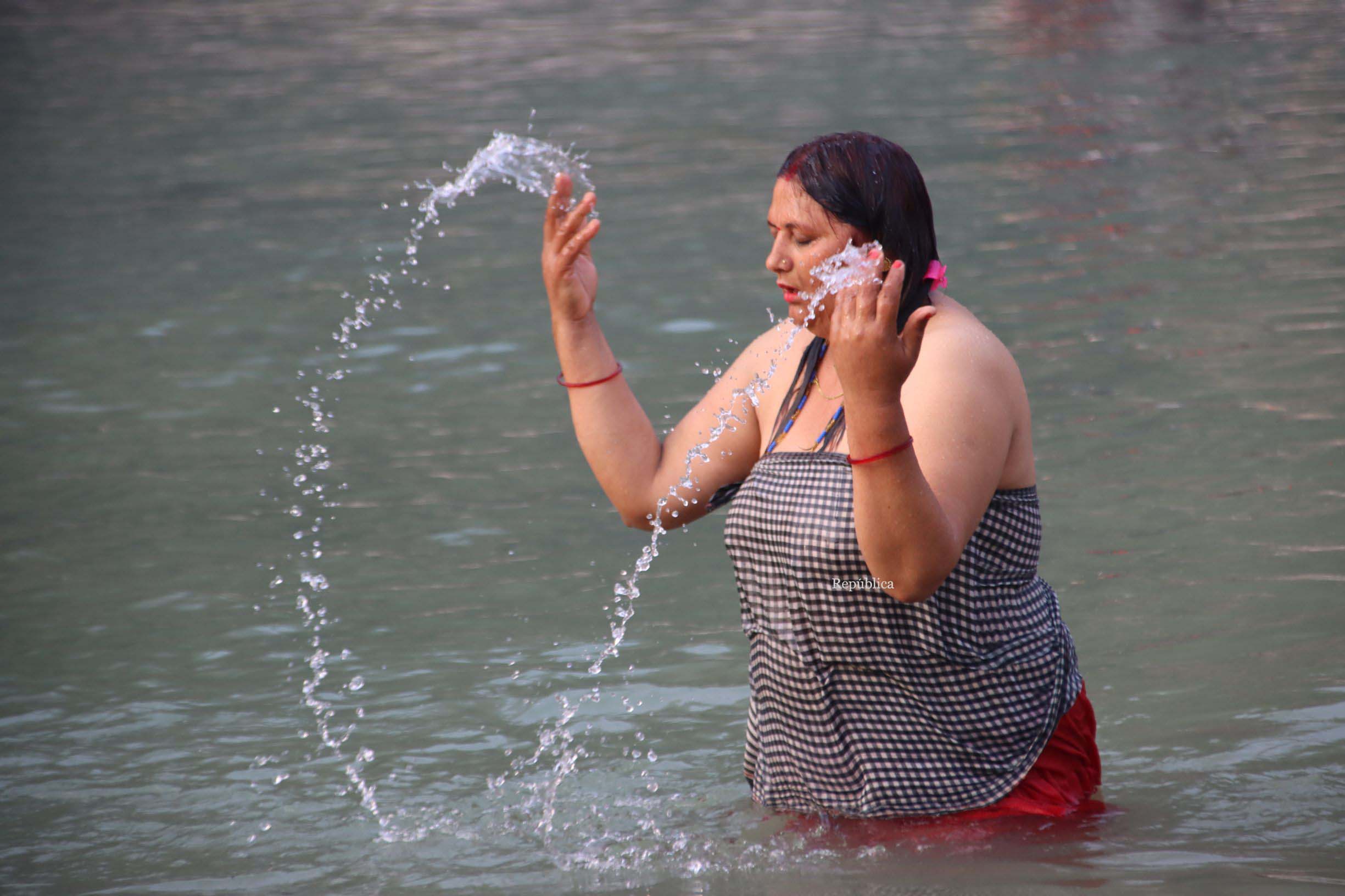 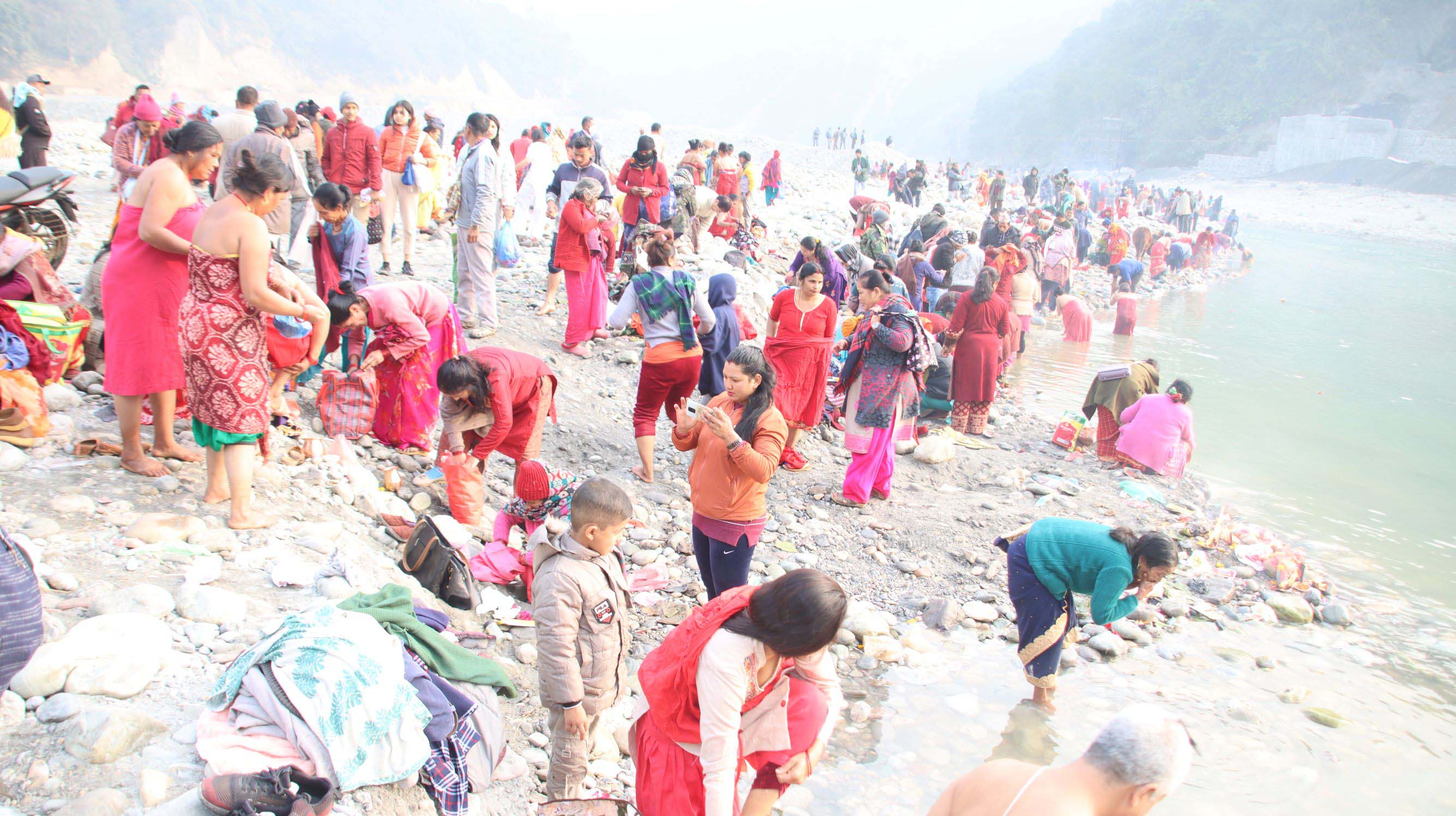 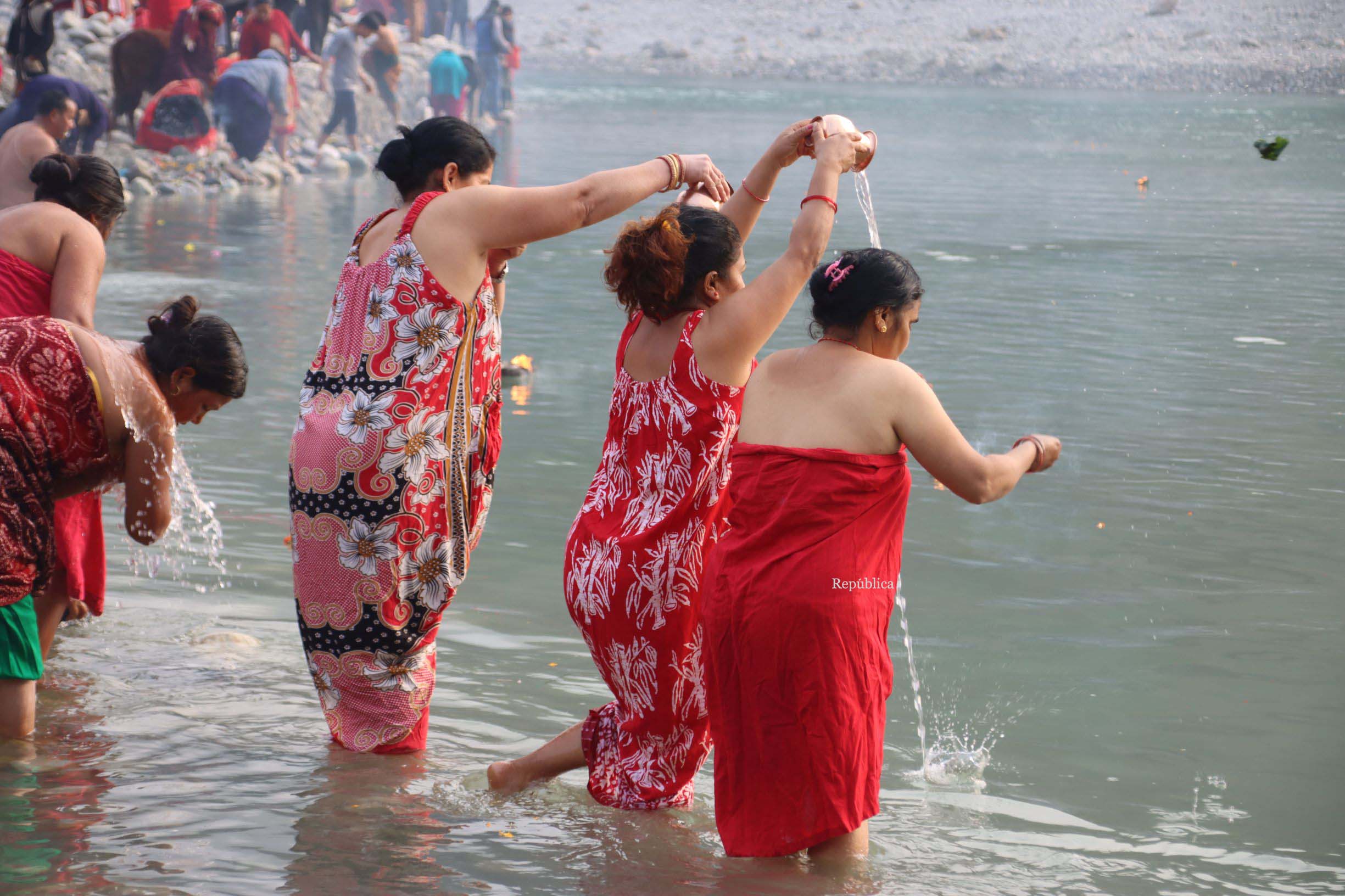 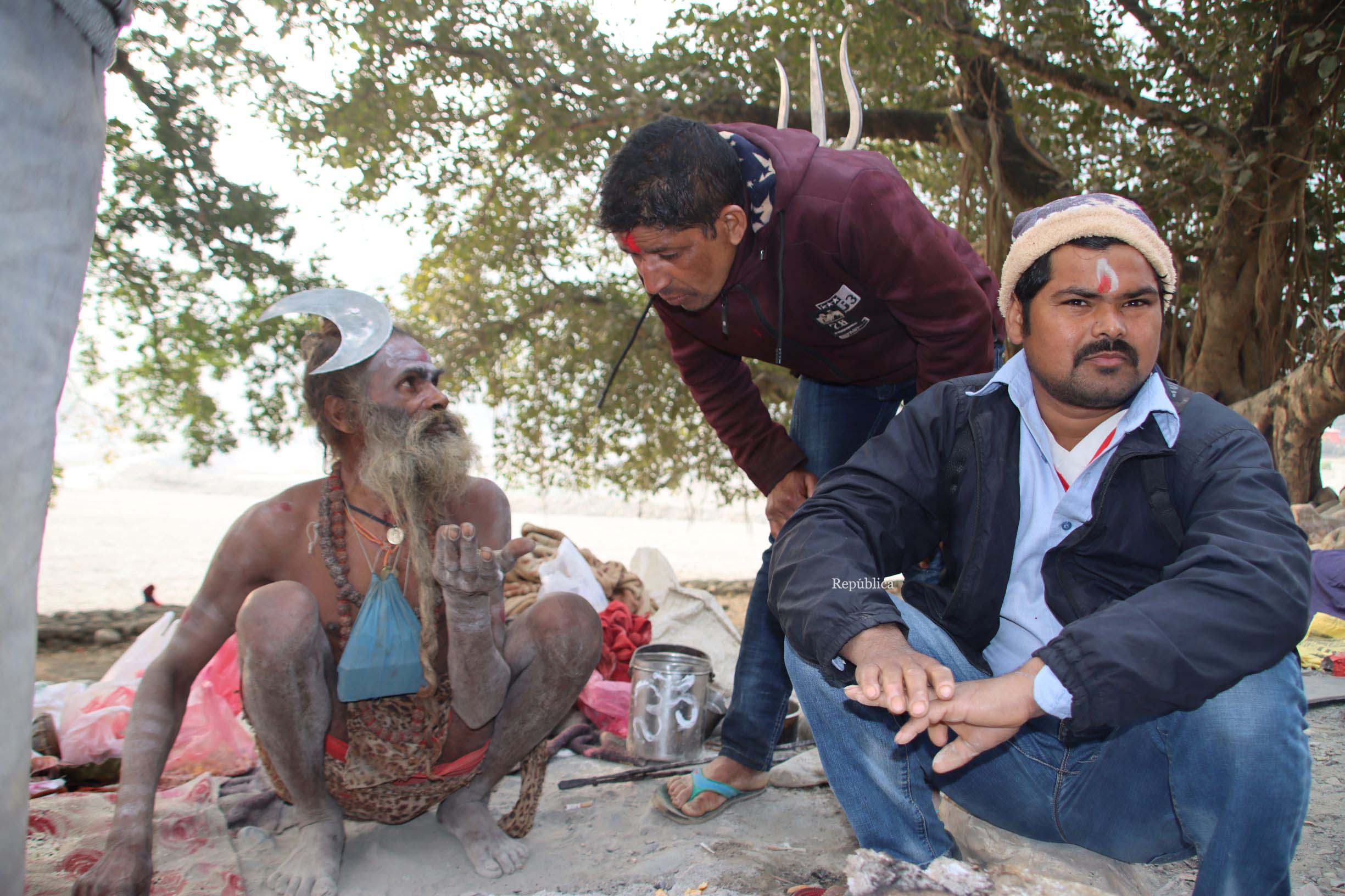 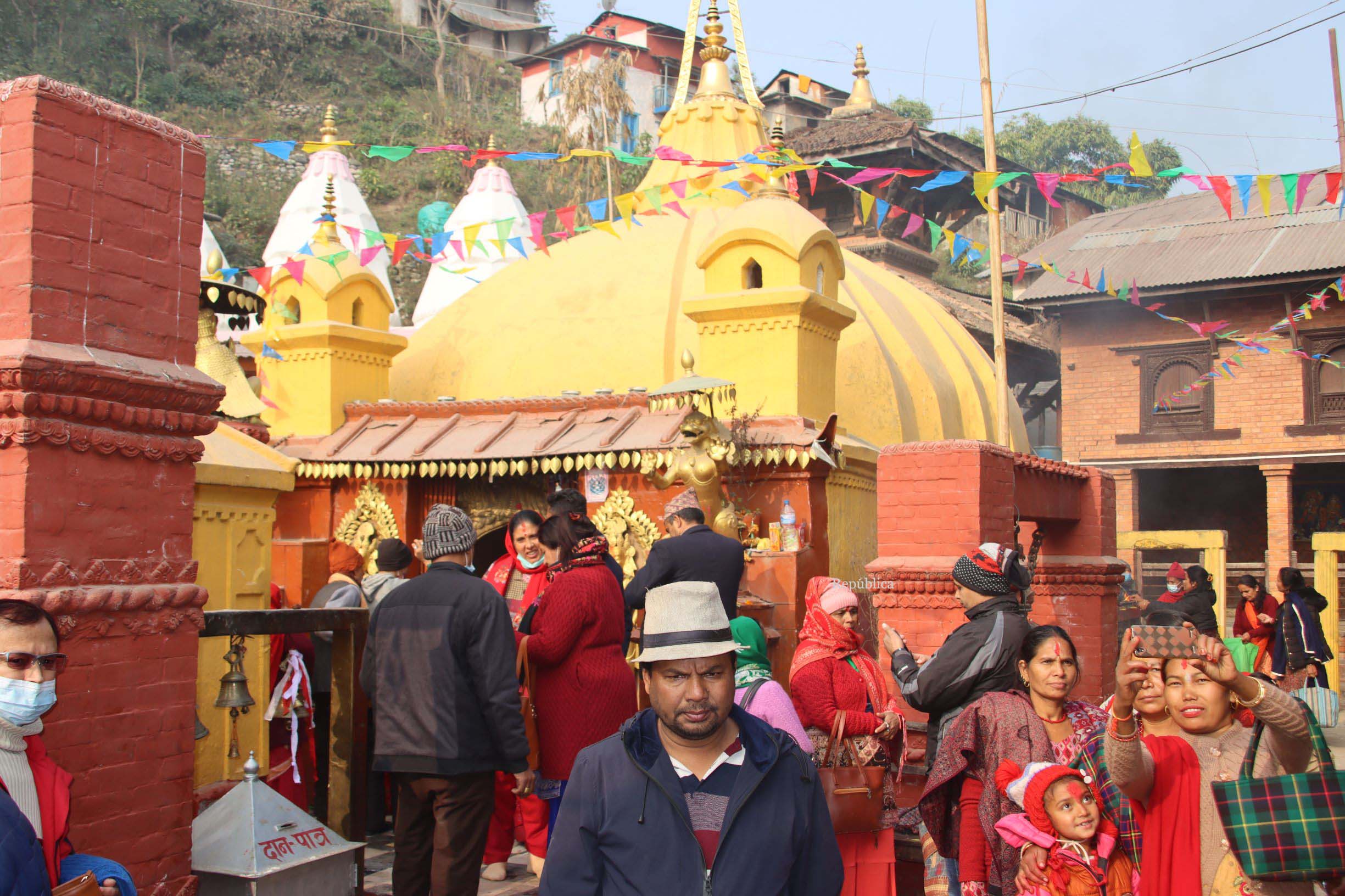 COP-27: Achievement for Nepal
10 hours ago