How will Biden intervene? 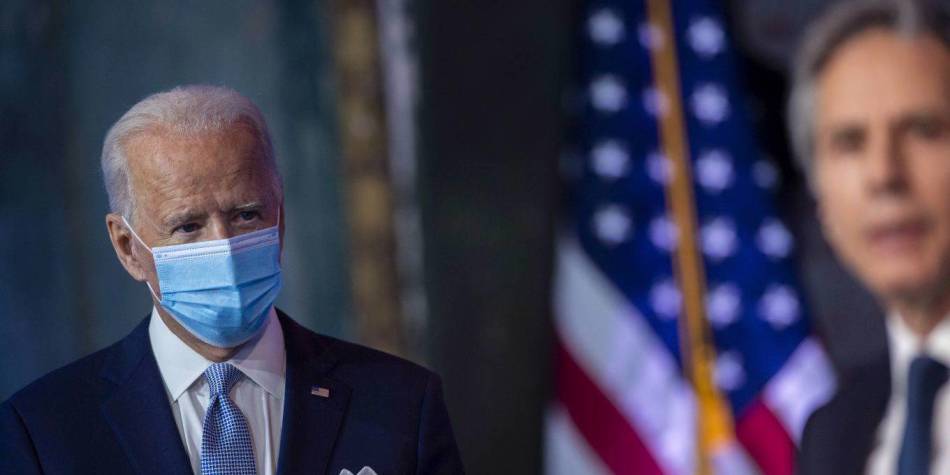 Where will Biden land on the spectrum of interventions intended to promote security, democracy, and human rights?

CAMBRIDGE – American foreign policy tends to oscillate between inward and outward orientations. President George W Bush was an interventionist; his successor, Barack Obama, less so. And Donald Trump was mostly non-interventionist. What should we expect from Joe Biden?

In 1821, John Quincy Adams famously stated that the United States “does not go abroad in search of monsters to destroy. She is the well-wisher to the freedom and independence of all. She is the champion and vindicator only of her own.” But America also has a long interventionist tradition. Even a self-proclaimed realist like Teddy Roosevelt argued that in extreme cases of abuse of human rights, intervention “may be justifiable and proper.” John F. Kennedy called for Americans to ask not only what they could do for their country, but for the world.

Since the Cold War’s end, the US has been involved in seven wars and military interventions, none directly related to great power competition. George W. Bush’s 2006 National Security Strategy proclaimed a goal of freedom embodied in a global community of democracies.

Moreover, liberal and humanitarian intervention is not a new or uniquely American temptation. Victorian Britain had debates about using force to end slavery, Belgium’s atrocities in the Congo, and Ottoman repression of Balkan minorities long before Woodrow Wilson entered World War I with his aim to make the world safe for democracy. So, Biden’s problem is not unprecedented.

What actions should the US take that cross borders? Since 1945, the United Nations Charter has limited the legitimate use of force to self-defense or actions authorized by the Security Council (where the US and four other permanent members have a veto). Realists argue that intervention can be justified if it prevents disruption of the balance of power upon which order depends. Liberals and cosmopolitans argue that intervention can be justified to counter a prior intervention, prevent genocide, and for humanitarian reasons.

In practice, these principles are often combined in odd ways. In Vietnam, Kennedy and Lyndon B. Johnson argued that the US military was countering North Vietnamese intervention in South Vietnam. But the Vietnamese saw themselves as one nation that had been artificially divided on the basis of realist Cold War balance-of-power considerations. Today, the US has good relations with Vietnam.

In the first Gulf War, President George H.W. Bush used force to expel Iraq’s forces from Kuwait to preserve the regional balance of power, but he did so using the liberal mechanism of a UN collective security resolution. He considered himself a realist and refused to intervene to stop the shelling of civilians in Sarajevo, but after devastating images of starving Somalis on US television in December 1992, he deployed troops for a humanitarian intervention in Mogadishu. The policy failed spectacularly, with the death of 18 US soldiers under Bush’s successor, Bill Clinton, in October 1993—an experience that inhibited US efforts to stop the Rwandan genocide six months later.

Because foreign policy is usually a lower priority than domestic issues, the American public tends toward a basic realism. Elite opinion is often more interventionist than that of the mass public, leading some critics to argue that the elite is more liberal than the public.

Nonetheless, polls also show public support for international organizations, multilateral action, human rights, and for humanitarian assistance. As I show in Do Morals Matter? Presidents and Foreign Policy from FDR to Trump, no one mental map fits all circumstances. There is little reason to expect the public to have a single consistent view.

For example, in the second Gulf War, American motives for intervention were mixed. International relations specialists have debated whether the 2003 invasion of Iraq was a realist or a liberal intervention. Some key figures in George W. Bush’s administration such as Richard Cheney and Donald Rumsfeld were realists concerned about Saddam Hussein’s possession of weapons of mass destruction and the local balance of power; but “neo-conservatives” in the administration (who were often ex-liberals) stressed the promotion of democracy and the need to maintain American hegemony.

Outside the administration, some liberals supported the war because of Saddam’s abominable human rights record, but opposed Bush for failing to obtain the institutional support of the UN, as his father had in the first Gulf War.

Broadly defined, intervention refers to actions that influence the domestic affairs of another sovereign state, and they can range from broadcasts, economic aid, and support for opposition parties to blockades, cyber attacks, drone strikes, and military invasion. From a moral point of view, the degree of coercion involved is important in terms of restricting local choice and rights.

Moreover, from a practical point of view, military intervention is a risky instrument. It looks simple to use, but it rarely is. Unintended consequences abound, implying the need for prudent leadership.

Obama used force in Libya, but not in Syria. Both Trump and Hillary Clinton said in 2016 that the US had a responsibility to prevent mass casualties in Syria, but neither advocated military intervention. And there was remarkably little discussion of foreign policy in the 2020 election.

Some liberals argued that the promotion of democracy is America’s duty, but there is an enormous difference between democracy promotion by coercive and non-coercive means. Voice of America broadcasts and the National Endowment for Democracy cross international borders in a very different manner than the 82nd Airborne Division does.

In terms of consequences, the means are often as important as the ends. Where will Biden land on the spectrum of interventions intended to promote security, democracy, and human rights? We may find an encouraging clue in his history of good judgment and contextual intelligence. But we must also bear in mind that sometimes surprises occur, and events take control.

Joseph S Nye, Jr is a former dean at Harvard University’s John F. Kennedy School of Government and the author of Do Morals Matter? Presidents and Foreign Policy from FDR to Trump.

UNITED STATES, Oct 9: President Donald Trump is stepping up his plans to return to the campaign trail after being... Read More...