From a higher plane 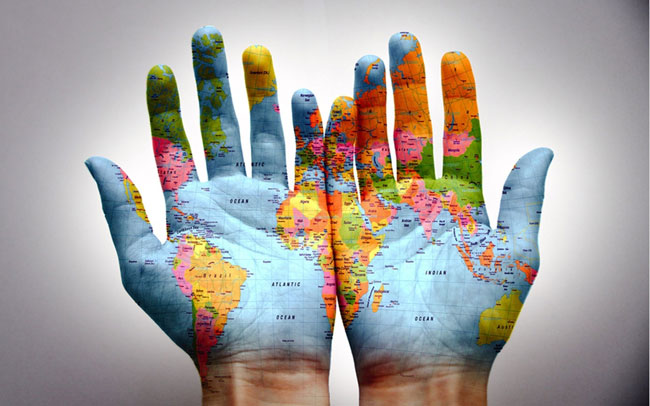 Mitosis, I think it was called, the part of cell division when the mother nucleus splits. Back in high school, I remember being fascinated by the lab slides showing the step by step process in which cells, the basic building blocks of all living beings, divide. How, from a single cell, whole organs, even organisms, can be created. One cell divides into two, two into four, four into eight…the progression, miraculously, continuing till infinity.

That is pretty much the story of human evolution as well, as explained by our estimable head-sir. Surendra Sir, a botanist by education, had that unmistakable glint in his eyes as he explained, his dancing hands accentuating his points, the importance of studying Lamarck’s giraffes and Darwin’s finches. But Surendra Sir could just as well hold forth on Newton and Einstein. He had once tried to explain to the disbelieving class how the universe had emerged from a single point, smaller than the head of a needle, and in the final reckoning, after billions of years, Surendra Sir reliably added, the universe could once again be reduced to a single final singularity.

All that we knew back then was that whatever he was saying was important, not because it explained the universe for dummies, but because we would soon be asked to at least appear to have understood these dense concepts if we hoped to clear our final exams. For a change, as we closed in on our SLC, exams, rather than Pink Floyd and Pamela Anderson, were the universe to us.

Those school days have long passed. But these days I really try to understand some of the concepts Surendra Sir broached all those years ago, not just pretend that I do. I make an honest effort, you see. I read popular science books. I participate in desktop SETI. With this irrepressible urge to put myself a cut above the dullards in my circle I once in a while even tune into Discovery or National Geographic.

So the other day as our politicians were once again quarrelling over how to best butcher the country, I decided I needed something bigger and better to worry about. I switched on the TV and what did I come across on Discovery but yet another fabulous program. Hosted by a geologist, it was about how the existing seven continents were formed, as one tectonic plate pushed against another. The resulting thrust and friction, in time, apparently gave rise to the seven continents and such magnificent structures as the Mount Everest. The host then went on to explain how, thanks to the inexorable ‘continental drift’, in another 250 million years or so all the continents on earth will once again fuse together, to form one giant ‘supercontinent’.

Here we are endlessly feuding over which (tiny) provinces should get which (tinier) districts and there is this genius geologist telling me none of this matters because, ultimately, all the humanity will be part of the same contiguous landmass, the old borders rendered completely useless by nature. I’m sure you will excuse me for feeling a little smug at this point; I mean just look at how shortsighted my fellow countrymen are, clinging to their piffling beliefs, simply refusing to see this big picture. Come on, you can do better that that. How about switching on the TV and watching some Discovery?

But no, you would rather get your hit of the news, refreshing your phone browser every 15 minutes, just to check what Pushpa Kamal Dahal whispered, his mischievous teeth sparkling, into the ears of the naked baba or what KP Oli will do after the dastardly Dahal-Deuba duopoly decided to yank away his ijar. Really? Why won’t you rather watch some cable TV or YouTube and all those important educational stuff they are giving out for free, just so you may exercise your little grey cells? Yes, most profound things are simple too.

As they rightly say, these days all the knowledge in the world is literally at your fingertips. God has also given you the ability to differentiate between right and wrong. So why are you so determined to waste this inborn talent for continual self-development? How can you, in your quest to decipher the misguided adherents of Marx, that hypocritical sponger and snob, forget your essential, schoolbook Maslow?

Nor it is all about the bigger questions of the universe or evolution. Recently, there was this program on Nat Geo (Genius, what else?) about the dirty world of forced prostitution in posh American cities like New York and Los Angeles. It was an eye opener, I tell you. I kept thinking: If the country of Donald Trump, that exemplar of the long-lost tribe of virtuous American politicians, can be so downright dirty, no wonder a third-world country like Nepal is infested with these immoral and unethical politicians that we are stuck with.
Haven’t you had enough? If yes, why not refuse to be bothered by these inconsequential people and events and, just like me, to learn to think (and watch TV) on a higher plane?

CHICAGO, March 25: Harrison Ford is heard calling himself a "schmuck" in an audio recording released on Friday of his exchange... Read More...