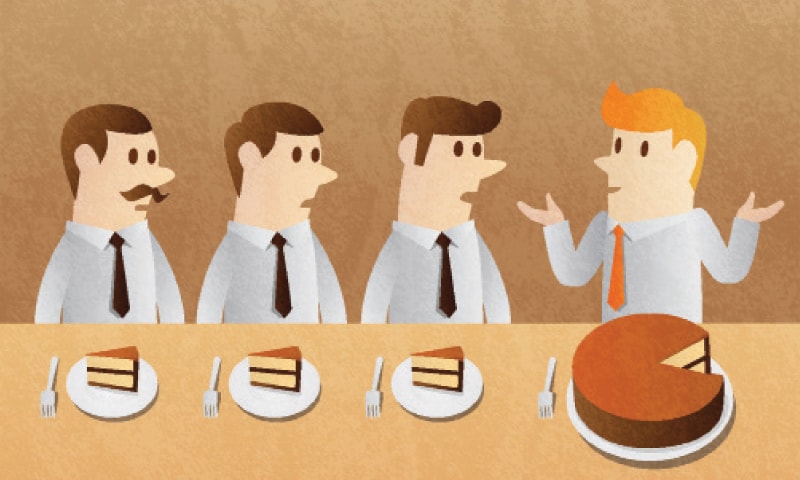 Prience Shrestha is a researcher at Samriddhi Foundation, an independent research and public policy institute based in Kathmandu. Ranjan Sapkota has BA Honors in Economics from Ashoka University and is currently pursuing post graduate in Advanced Studies and Research from the same institution.
news@myrepublica.com

It is imperative to devolve a significant amount of authority in respect to governance and administration of tax, non-tax, and resource royalty revenue among the subnational governments.

After the promulgation of the constitution on September 20, 2015, Nepal started its journey as a federal democratic republic. Ever since, Nepal has been struggling for a smooth transition to federalization with a proper fiscal framework that could ensure effective functioning of three spheres of government. As such, an Act related to Intergovernmental Fiscal Arrangement was formulated in 2017 to create provision for fiscal equalization through the mechanism of grant transfers among the sub-national entities of the federal setup apart from establishing provisions for revenue and royalties sharing. While such an arrangement for fiscal federalism is a good start to begin the journey of federalism, it is needless to say that Nepal can do much better in this respect.

Although the provision for fiscal equalization has been established, the sub-national governments are still very much dependent upon the federal government for minute responsibilities from capital financing to arranging day-to-day expenditure. The very first federal budget in 2017/18 after federalization had only 20 percent (NPR 1,139 billion rupees) of the total budget allocated as the fiscal transfer in total to the provinces and local governments. This was not sufficient for proper functioning of such entities amid lack of significant revenue authority. Variables used for the effective fiscal equalization grants in the same year were population, development status of the district/province, and cost adjusted area of the local government.

Instead, the fiscal equalization grant should be distributed in terms of a comprehensive formula-based approach, and the variables used should not be just limited to few important factors given that multiple other factors like poverty, literacy rate, GDP per capita of the subnational government, and health infrastructure among others should also be taken into account. Many countries like Canada have adopted such methods, which in turn have ensured impressive interregional financial equality and development in the country.

Also, it is important to understand that the variables used in the formula should be related to contemporary factors for the sake of addressing the present contexts and needs. It should be carefully chosen by taking into account the nationwide framework and availability of the data. Besides, the fiscal transfer formula should be revised from time to time and should be implemented as per the constitutional spirit of fiscal equalization.

Without the periodic update of the formula, the fiscal transfers might not be justifiable, which is to say that the provinces or local governments who are supposed to get higher fiscal transfer might end up getting less or vice versa, thus creating huge fiscal imbalances. And, such fiscal imbalances undoubtedly run the risk of aggravating subnational inequality whereby subnational entities may end up with inequitable fiscal receipts among each other. Therefore, it is crucial to maintain the fiscal balance as observed in the cases of Canada and other successful federations.

Hence, it is imperative to devolve a significant amount of authority in respect to governance and administration of tax, non-tax, and resource royalty revenue among the subnational governments in order to emphasize the true spirit and purpose of federalization in Nepal. As such, subnational government’s autonomy in determining and raising revenues from selected headings should be increased so that the subnational governments can be fiscally independent to begin with. For example, local governments should be authorized to determine and administer taxes and other charges related to apple production in high altitude localities of Gandaki. Such improvement in production and revenue from such climate-specific farming activities can directly benefit the financial status of Gandaki, and the local governments within it. Similarly, artisanal-scale extraction activities including stone, sand, and gravel mines, and the royalty revenue arising from it can come directly under the authority of local governments.

Communication gap and power imbalances between the subnational and central government has created multiple conflicts among local people and the government in many developed as well as developing countries. One may refer to the classic example of Kumtor gold mine in Kyrgyzstan that escalated into a national emergency as a result of dispute between the federal authority and the concerned local community. Hence, a proper fiscal arrangement in a federal setup warrants substantial level of subnational autonomy as this fulfills the objective of peaceful decentralization and interregional development, which is aspired by people in federalism.