70% of Nepali children studying at home on their own; families are selling assets to survive: Nationwide survey

KATHMANDU, December 29: COVID-19 is taking a serious toll on the earnings of an average Nepali and has heightened the risk of falling into the poverty trap, a national survey showed. It also showed that the government assistance and social security allowance to the affected has declined from August to October 2020.

A nationwide survey covered 6,588 households with children from 624 municipalities, which is over 80 per cent of the total number of local governments in the country. The survey, fourth in its series, tracked the socio-economic impacts of the pandemic on children and families.

"61%  of the respondents are not earning or earning below 10 thousand rupees per month and are at a significant risk of falling into poverty," said the October findings of the survey, which is yet to be made public.

In dire times, major needs of the families continue to be financial assistance, children’s education, employment and food, it said.

It also said that the government assistance has decreased from 20% in July and August to only one percent  in October. Also, social security allowances declined from 20% to 15%. 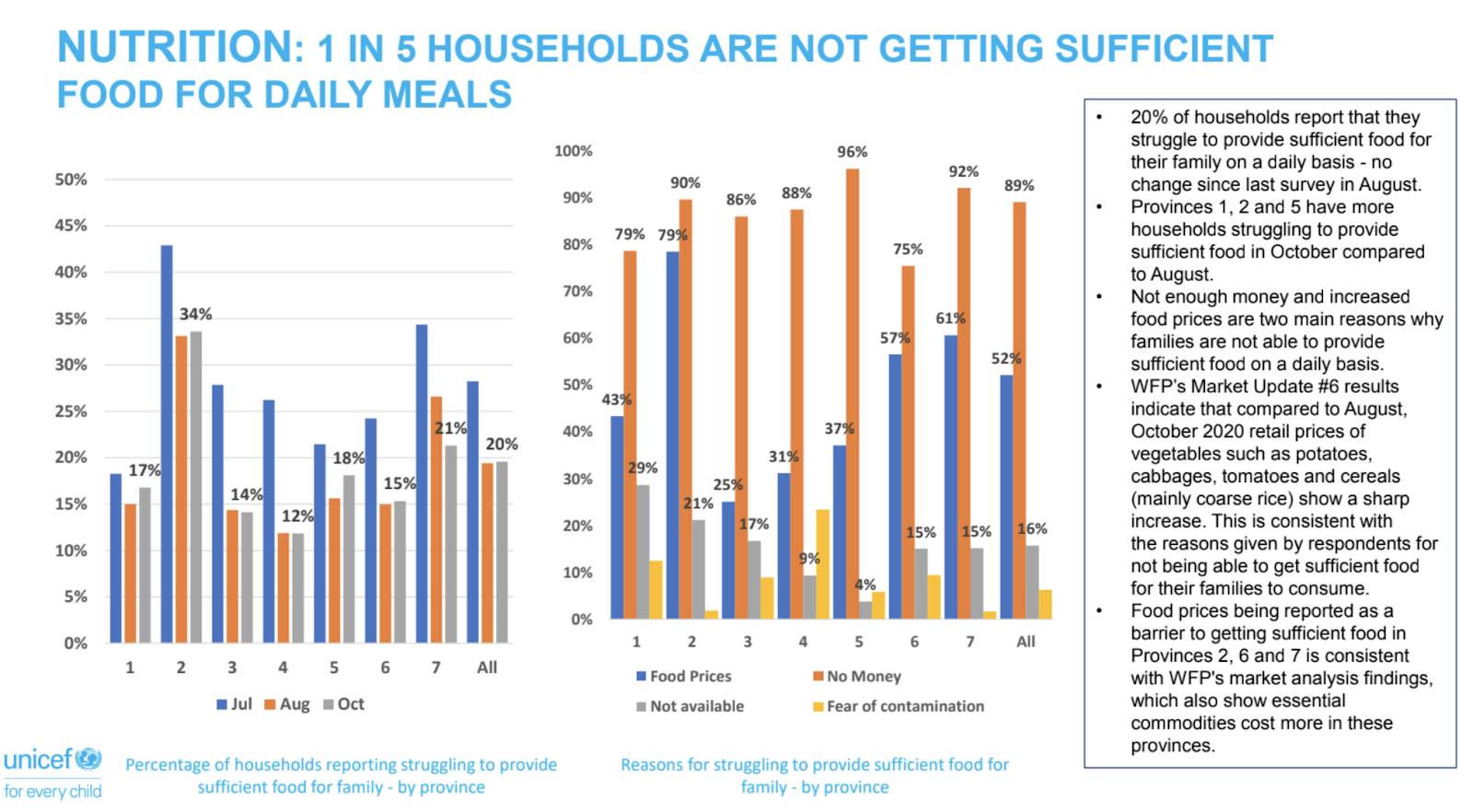 Though the impact of the pandemic has increased over time, the government assistance to the affected has decreased from 20% in July and August to only one per cent in October.  It has also recorded a decline in social security allowances, from 20 to 15%.

In a major setback to the educational sector, the survey showed that 20% of the families reported that their children are not studying. Also, online classes are impacted by internet connection issues, and a significant number of children are not able to follow the classes.

"About 57% of the respondents with children using online studying/internet report experiencing difficulties,"  said the report. "Twenty percent do not take their children to health facilities for treatment, typically because they are caring for or treating the children themselves and 25% are facing difficulties in accessing treatment. Eleven percent of children with fever are still not well."

In their bid to cope up with financial hardships, 61%  of Dalit respondents reported to have borrowed from others compared to  48% for non-Dalits and 49% at a natioal level. Also, the survey has seen a spike in selling of assets to meet the financial need.

Due to the fear of contracting the virus, 67% of the  respondents reported ‘feeling stressed’ while 57% were  afraid to go out to buy food and medicine.

At the same time, 49% of respondents felt  the risk of infection from COVID-19 and only 57%  said that they could maintain a  two-metre distance in ‘public or most of the time’.

The survey was conducted by Sharecast Initiative Nepal with support from UNICEF Nepal.

Government must ensure that no student will have to lose their academic year due to the pandemic. Every student should... Read More...