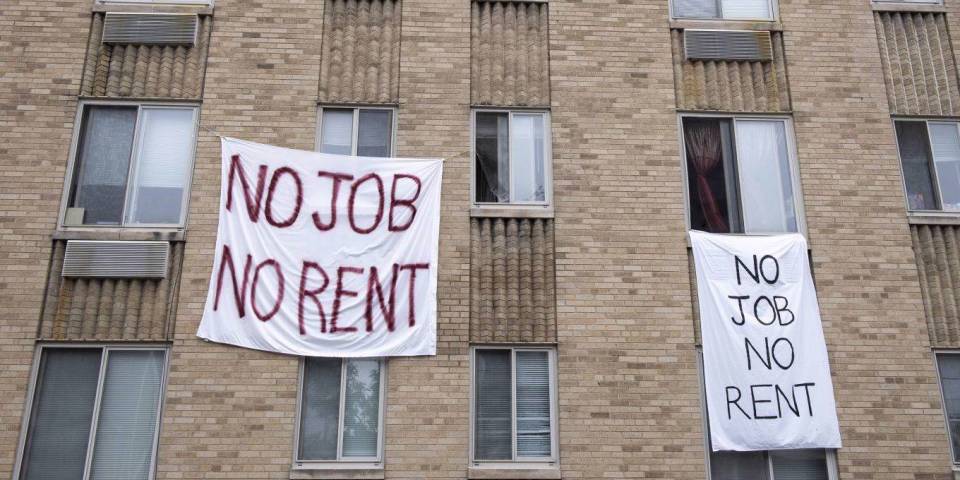 This is the best of times and the worst of times. As financial markets celebrate the coming vaccine-led boom, the confluence of epidemiological and political aftershocks has pushed us back into a quagmire of heightened economic vulnerability.

NEW HAVEN – Suddenly, there is a credible case for a vaccine-led economic recovery. Modern science has delivered what must certainly be one of the greatest miracles of my long lifetime. Just as COVID-19 dragged the world economy into the sharpest and deepest recession on record, an equally powerful symmetry on the upside now seems possible.

If only it were that easy. With COVID-19 still raging—and rates of infection, hospitalization, and death now spiraling out of control (again)—the near-term risks to economic activity have tipped decidedly to the downside in the United States and Europe. The combination of pandemic fatigue and the politicization of public health practices has come into play at precisely the moment when the long anticipated second wave of COVID-19 is at hand.

Unfortunately, this fits the script of the dreaded double-dip recession that I warned of recently. The bottom-line bears repeating: Apparent economic recoveries in the US have given way to relapses in eight of the 11 business cycles since World War II. The relapses reflect two conditions: lingering vulnerability from the recession, itself, and the likelihood of aftershocks. Unfortunately, both conditions have now been satisfied.

Vulnerability is hardly debatable. Notwithstanding the record 33 percent annualized snapback in real GDP growth in the third quarter of this year, the US economy was still 3.5 percent below its previous peak in the fourth quarter of 2019. With the exception of the four percent peak-to-trough decline during the 2008-09 global financial crisis, the current 3.5 percent gap is as large as that recorded in the depths of every other post-WWII US recession.

Consequently, it is ludicrous to speak of a US economy that is already in recovery. The second quarter snapback was nothing more than the proverbial dead cat bounce—a mechanistic post-lockdown rebound after the steepest decline on record. That is very different than the organic, cumulative recovery of an economy truly on the mend. The US remains in a deep hole.

Just ask American consumers, who, at 68 percent of GDP, have long accounted for the dominant share of US aggregate demand. After plunging by an unprecedented 18 percent from January to April, total consumer spending has since recouped about 85 percent of that loss (in real terms). But the devil is in the details.

The rebound has been concentrated in goods consumption—big-ticket durables like cars, furniture, and appliances, plus soft-good nondurables like food, clothing, fuel, and pharmaceuticals that have more than made up for what was lost during the lockdown-induced plunge. In September, goods consumption in real terms was 7.6 percent above its pre-pandemic January 2020 high. The bounceback benefited significantly from a surge in online buying by stay-at-home consumers, with e-commerce going from 11.3 percent of total retail sales in the fourth quarter of 2019 to 16.1 percent in the second quarter of 2020.

The understandable fear of personal interactions in the midst of a pandemic brings us to the second ingredient of the double-dip: aftershocks. With the current exponential rise in COVID-19 cases, lockdowns are back—not as severe as in March and April but still aimed at a partial curtailment of person-to-person activity heading into the all-important holiday season. Precisely at the moment when the economic calendar typically expects an enormous surge of activity, the odds of a major seasonally adjusted disappointment are rising.

This poses serious risks to the still-battered US labor market. Yes, the overall jobless rate has come down sharply from 14.7 percent in April to 6.9 percent in October, but it remains essentially double the pre-COVID low (3.5 percent). With weekly claims for unemployment insurance only just starting to creep up in early November as new curfews and other lockdown-like measures are put into place, and a dysfunctional US Congress failing to agree on another relief package, the risk of renewed weakness in overall employment is growing.

The news on vaccines is truly extraordinary. While the logistics of production and distribution are daunting, to say the least, there is good reason to be hopeful that the end of the COVID-19 pandemic may now be in sight. But the impact on the economy will not be instantaneous, with vaccination unlikely to bring about so-called herd immunity until mid-2021 at the earliest.

So, what happens between now and then? For a still vulnerable US economy now in the grips of predictable aftershocks, the case for a relapse, or a double-dip, before mid-2021 is all the more compelling.

To paraphrase Charles Dickens, this is the best of times and the worst of times. As financial markets celebrate the coming vaccine-led boom, the confluence of epidemiological and political aftershocks has pushed us back into a quagmire of heightened economic vulnerability. In Dickensian terms, to reach a “spring of hope,” we first must endure a “winter of despair.”

Stephen S. Roach is a faculty member at Yale University and the author of Unbalanced: The Codependency of America and China.