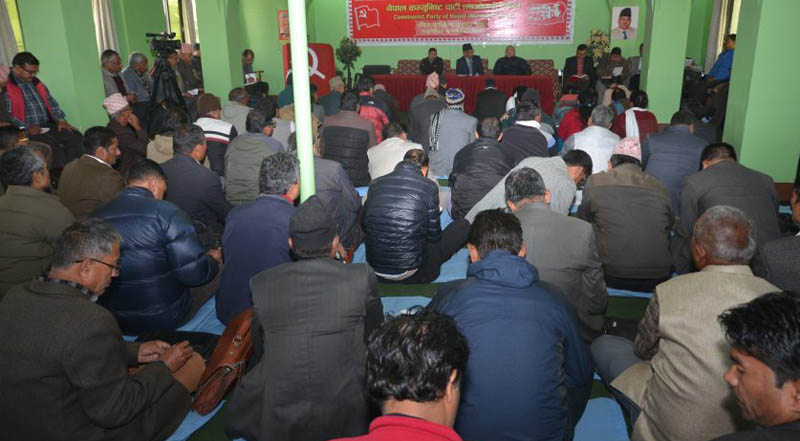 Speaking at the meeting, CPN (MC) Chairman and Prime Minister Pushpa Kamal Dahal informed that the constitution amendment proposal would be submitted in the Cabinet meeting today.

Dahal further said that the government is preparing to bring amendment proposal to separate five hill districts from Province 5 and form a high-level federal commission to settle the demarcation of disputed districts.

In the amendment proposal, the government has stated that the citizenship and language will be given the rights as laid down in the Interim Constitution.

The government is making preparations to include hill districts Gulmi, Palpa, Arghakhanchi and Rolpa in Province 4 and 6, said Dahal in the meeting.

At a time when the government is under fire for preparing to bring constitution amendment proposal, the ruling CPN (MC) has come up with the decision to split the Province 5.

United Democratic Madhesi Front (UDMF) has also been reiterating that it is not their demand to split Province 5.

Shutdown in Pyuthan, Arghakhanchi against split of hill districts from Province 5

PYUTHAN, Nov 30: Locals have enforced a shutdown in the district on Wednesday against the constitution amendment bill registered by... Read More...