Sindhuli Gadhi: History that deserves to to be remembered 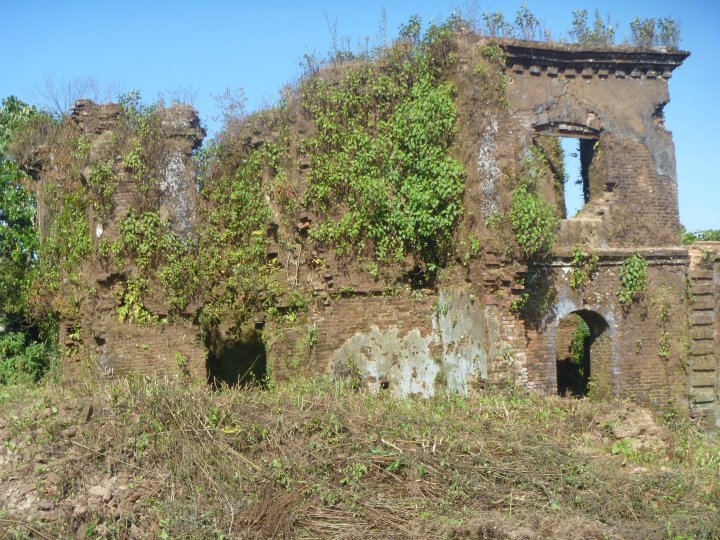 Sindhuli Gadhi, a glorious fort in Sindhuli district, is of huge historical importance because of the famous battle of November 1767 between the then Gorkhali soldiers led by Khajanchi Bir Bhadra Upadhyay and Sardar Banshu Gurung and the British troop led by Captain George Kinloch. The Gorkhali army registered the victory over the British troops on Kartik 24, 1824 BS. Situated at 4,648 feet above sea level in Sindhuli district, the fort lying some 150 kilometre away from Kathmandu is already a major tourist attraction in central Nepal.  It is linked by BP Highway and Sindhulimadi, the headquarters of Sindhuli district, is just about 20 kilometre away. An admired evergreen song Sindhuli Gadhi Ghumera Herda – assimilates the beauty of Sindhuli, which increases the thrilling experience as one reaches the top of the fort. The land in the district is very fertile and the district is home to excellent varieties of oranges and other citrus fruits like lime, grapefruits, lemons, especially the location where Sindhuli Gadhi belongs to. The bountiful trees around Sindhuli Gadhi are not only eye-pleasing but the cultivation of oranges has been a source for living in this area. From the Gadhi, we can have a spectacular view of the Himalayan range and plain terrain. The fort rests on the top of a hill where the sun shines all day long. The climate is mild and the environment is still clean and not polluted. And, the hills around the fort are carpeted with green trees of kafal and blooming rhododendrons of various hues. Its greenery and picturesque landscape impart it with a heart-catching natural beauty.

Nepal Army celebrates the Sindhuli War Memorial Day every year by hoisting the national flag on the day. The Day marks with pride the tradition of extreme courage and dedication of the Nepali Army to the nation. Victory in this battle was one of the key steps that made it possible for King Prithvi Narayan Shah of Gorkha to subsequently attack and gain victory over Kantipur and other city-states of the Valley of the then Nepal. The Gorkha King at the time was executing his tactics of encircling the Valley and inflicting a complete economic blockade to weaken the city-states of the Valley. This had begun with the capture of Nuwakot in 1744. Gorkhali forces also took control of Makwanpur in 1762 and they also defeated a small Bengali army that had come to liberate Makwanpur from the Gorkhali grip in 1763. Economic blockade of the Valley of Nepal also affected the East India Company’s trade with the Valley of Nepal and through it to Tibet and China. The Company’s trade with the Valley then involved timber and various spices.

The battle was fought fiercely, with modern weapons by British soldiers and won by employing indigenous skills, cunning and cleverness and with unconventional weapons and battle strategy by the Gorkhali army. King Jaya Prakash Malla of Kantipur, one of the three city states of the Valley, requested East India Company in April 1767 for military assistance to repel the Gorkha Army. Learning about the request made to the East-India Company, Prithvi Narayan Shah sent a message to the Company suggesting a meeting with them and not assisting the Malla King. The Company underestimated the strength of the Gorkha king and his intelligence capacity and declined to meet with him and suggested instead not to create trouble for the Malla king. Because the pass at Sindhuli Gadhi was an important trade route to the Valley kingdoms, Tibet and China, it was also in the interest of the British company to keep the pass open and free. Consequently, the British soldiers came to Sindhuli with a sizable force of 2,400 soldiers and sophisticated arms and ammunition of the time with the aim of defeating the Gorkha Army easily and capturing the Gadhi. But that was not to be. The Gorkha Army under its two leaders fought an unconventional war against a military force acclaimed at the time for its modern and sophisticated arms and techniques of warfare.

Captain George Kinloch, a highly ambitious and adventurous army officer, was a well-trained army officer with considerable experience in war techniques and strategy. He also had the benefit of a sophisticated intelligence system and King Jaya Prakash Malla had provided to Kinloch all the necessary assistance with regard to both the required logistics and intelligence network from his side too. Factors that determined the Gorkhali victory on that day are many and some are a little controversial too. Underestimating the enemy never pays positively in any contest or warfare. Kinloch seems to have suffered from that weakness and misplaced British pride.

In a war venture, information provided by others must always be verified and that seems not to have been the case with Kinloch’s venture. And, familiarity with the terrain is of utmost benefit and importance in any battle. British soldiers had little knowledge of the hilly and rugged terrains of the Sindhuli area at the time. The Gorkhali army had gained much experience in creating ambushes in the hills and forests and engaging in guerrilla type of warfare which was quite foreign to the British force.

Gorkhali Army’s preparation for that battle was also exemplary. They had laid multiple ambushes at select places, well before the arrival of the British troop in the area. Backup was available under the supervision of the King himself from the nearby village of Khaniyakharka. Kinloch’s troop was supposed to reach Kantipur by-way-of Sindhuli and Panauti over a span of 11 days. Provision for food and shelter for the troop for the first nine days was said to be the responsibility of the British company and for the last two days that of the Kantipur king.

In any warfare surprise element often plays a decisive role. While marching forward from Dhungrebas along the ridge between Dhungre Danda and Pauwa Gadhi, British troop had no hint  whatsoever that the Gokhalis would suddenly release their ambushes and attack them from all sides at the same time while advancing to Khurkot from Sindhuli Madi. The Gorkhali Army used war tactics that were quite unfamiliar to the British troop. They used rocks, matchlocks, bows and arrows from heights and khukuris. They used the nettles and irritant shrubs from the forest and unleashed the hornets to attack the enemy, catching them completely unawares. Out of 2,400 only 800 were able to save their lives and flee from the scene, leaving behind all their sophisticated arms and ammunition. Captain Kinloch was among the 800 that lived.

Reconstruction of Gadhi Durbar will directly impact the economy of the villages in and around Sindhuli Gadhi. This can help generate various employment opportunities and other sources of earnings as a large number of people may get opportunity to start new businesses. There will be proper utilization of locally-available resources. This will provide incentives to people to produce more to meet the demand which in turn could help boost the quality of life and living standard of poor people. In getting proper incomes and incentives, motivated local people can turn the sand into gold to make the better, prosperous, and the happy place to live in.

While viewing the reconstruction of Sindhuli Gadhi Durbar from economic aspects, we can see a huge prospect of change toward development. So, the reconstruction directly and indirectly helps in boosting the economic condition of localities as well as the nation along with alleviating poverty through job creation. Although it is a historically-significant place and is gifted with heart-touching beauty, this place of historic importance is losing its value due to apathy shown by the authorities concerned. So, it is high time that the authorities concerned took necessary initiatives to rebuild the Durbar and properly maintain the fort.

Neglected for years, the already dilapidated fort had had a devastating effect of the 2015 earthquakes. But it is a good note that the government of Nepal and Kamalamai Municipality have decided to preserve and restore the “Sindhuli Gadhi Durbar. These reconstruction activities are being taken under the leadership of Mayor of Sindhuli, Khadga Khatri. This has given opportunity to preserve unique Nepali culture and architecture. In between, if we talk about COVID 19, the precautions are based on what our ancestors did for a regular living. So, like this if we had continued the same the world might not have faced this. Like the same way no one knows what tomorrow can be. And we all know that this modern trend of development is somehow creating a great conflict.

Being Nepalis we all should understand the value of our architecture which is not only beautiful and attractive but also the most unique architecture in the world. We can think of ways on how modern construction can have the essence of ancient architecture. Modern construction needs to learn the balance between desires and needs of people along with the values of our cultural heritage, reflecting our Nepali look wherever possible. This is a challenge but if used sensibly, it can not only help preserve culture but also increase the aesthetic value of the construction. Unfortunately, the mark of engineering and architecture from our ancient time languishes in a dilapidated state  - the Gadhi and the Durbar - owing to the sheer neglect shown by the authorities concerned for the past several years. Besides preserving and respecting our exemplary history and architecture from the past, the Gadhi and Durbar would be the object of intense tourist attraction and a tangible source of economic growth of the entire district if they were restored to the past glory. They will also serve to regenerate and reinforce the trust on our own architectural and engineering feat. Our new generation must know the significance of powerful victory along with historic and glorious fort, identity and cultural archaeological importance.

The author is an engineering student.

Let me make it clear at the outset that there are two historical characters with the name of Amar Singh... Read More...

Allow me to say something at the outset. I have been in a mission to document history. I have been... Read More...