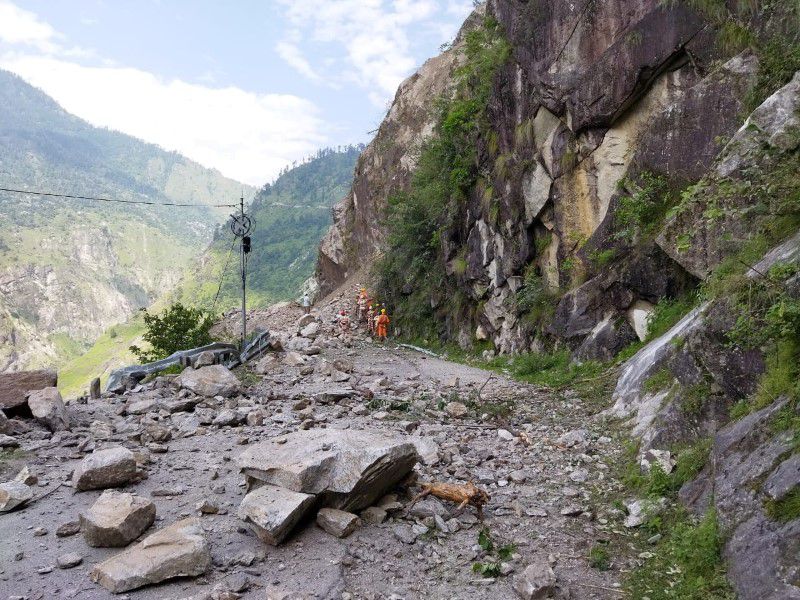 NEW DELHI, August 12: A landslide in the mountainous Indian state of Himachal Pradesh has killed at least 10, injured 14 and left dozens trapped after boulders tumbled on to a major highway on Wednesday, smashing and burying several vehicles, Indian officials said.

Around 30 people are still trapped, including passengers inside a bus lying under the debris, Vivek Kumar Pandey, a spokesman for the paramilitary Indo-Tibetan Border Police, told Reuters.

"There has been a massive landslide on the Reckong Peo-Shimla highway," Pandey said, later adding that "operations are under way, we are trying to reach the bus."

Abid Hussain Sadiq, a top government official in the Kinnaur district where the incident happened, said that rescue operations could continue through the night in an attempt to find the survivors.

More than 200 personnel, including from the army, paramilitary forces and local police, are working along a stretch of National Highway 5 that runs along the Sutlej river and connects northern India to the border with China, officials said.

Local police chief Saju Ram Rana said the landside, which happened around noon on Wednesday, loosened large boulders and sent them cascading down the steep mountainside, blocking about 150 meters of the highway.

"The debris fell from quite high up," Rana told Reuters, adding that heavy machinery was being brought in to clear the area.

In pictures shared by authorities on social media, helmeted rescue workers can be seen scrambling around the mangled remains of vehicles stranded among rocks and loose earth.

In late July, at least nine people were killed by a landslide in a different part of Kinnaur district, and dozens have been left stranded by landslides and flooding in recent weeks in another area of Himachal Pradesh, a scenic Himalayan state popular with tourists. read more