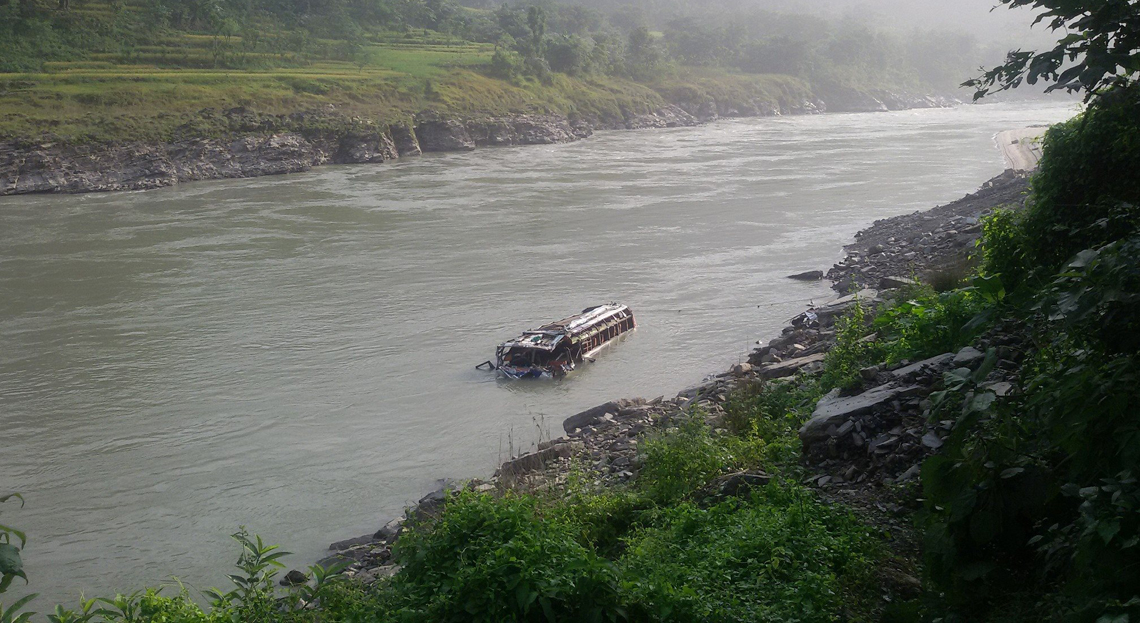 KATHMANDU, Oct 18: At least one passenger was killed and eight others were injured when a bus heading toward Bhairahawa from Kathmandu plunged into the Trishuli River at Rigdikhola area along the Mugling-Narayanghat road section Tuesday evening.

“We have so far recovered one body and rescued eight injured passengers from the accident site. As we are focussed on rescuing the people, we have no idea about the number of passengers travelling in the bus,” Superintendent of Police Basanta Kunwar told Republica.

According to him, they were unable to gather details as they were yet to identify the driver and his assistants.

According to him, half the portion of the bus including the seats was under water, when police reached the accident site.

Police said they weren’t in the situation to ask the injured about the number of passengers travelling in the bus and other details immediately after the accident. “We are now investigating the matter,” said Kuwar.

The ill-fated bus with registration number Lu 1 Kha 7391 skidded off the road at Ridikhola, nine kilometers toward Narayanghat from Mugling.

DHADING, Feb 22: Three people were injured after a truck fell into the Trishuli river at Gajuri-2 Chahara today. ... Read More...

BAITADI, July 7: As many as five persons were injured when a bus met with an accident at Saatbhanj Gokuleshwor... Read More...