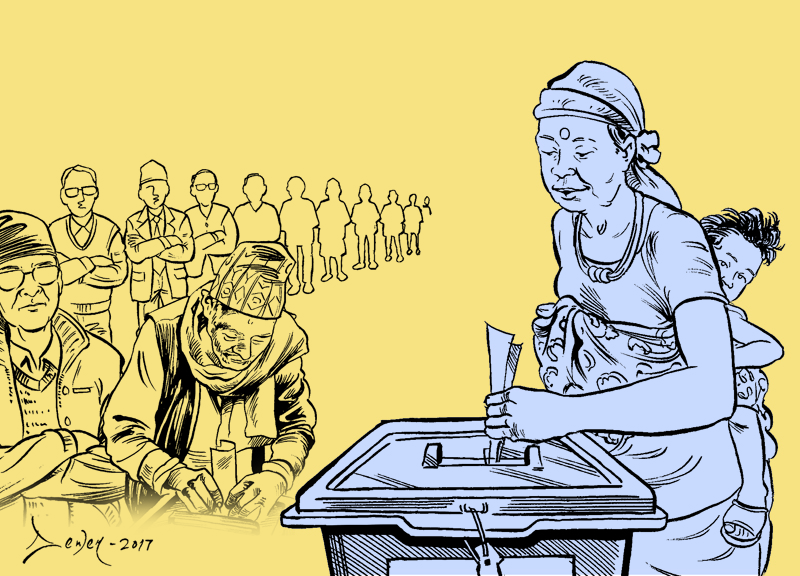 KATHMANDU, Sept 12: Local representatives from across the country have joined hands to press the government to provide at least three cars to each local unit. The four-wheelers were demanded for chief, deputy chief and secretary of each municipality and rural municipality, according to the Ministry of Federal Affairs and Local Development (MoFALD).

The demand comes at a time when the Ministry of Federal Affairs and Local Development is drafting guidelines proposing to provide a minimum of one to maximum of three cars per municipality and rural municipaly on a need basis.

The cost for around 1,500 four-wheelers, which MoFALD says would be required for 753 local units, is likely to exceed Rs 3 billion rupees, according to rough estimates of officials engaged in drafting the guidelines.

Local agents of various car manufacturers have already started high-level lobbying through Deputy Prime Minister and Minister for Federal Affairs and Local Development Bijaya Kumar Gachhadhar to sell their cars, said MoFALD officials. They said that Gachhadhar is planning to start the procurement process before he departs from office.

Dinesh Kumar Thapaliya, MoFALD secretary, told Republica that the ministry has begun work to provide three vehicles each to sub-metropolitan cities and old municipalities, while the new municipalities and rural municipalities will respectively get two and one four-wheelers each.

"Discussions are still underway to finalize the specifications of the four-wheelers and the funds needed to purchase them," said Thapaliya.

It is unclear whether the local units which have no road links will get the vehicles. Several rural municipalities and some municipalities have yet to be connected with roads.

MoFALD spokesperson Rudra Singh Tamang said that the proposal is likely to take months, if not years, to materialize.  He said that the ministry is reaching out to various stakeholders including donors to arrange required funds.

"Purchasing let's say 2,000 vehicles is not a small thing as it will require huge budget and logistics. So it will naturally take time," Tamang told Republica.

MoFOLD officials said that those local bodies that already have cars would not be provided new vehicles. While some municipalities already have vehicles, a few others are purchasing it with their internal resources.

Some municipalities have been using old cars used by various development projects and the district development committee after maintenance.