1,200 Muslims setting out for Hajj pilgrimage 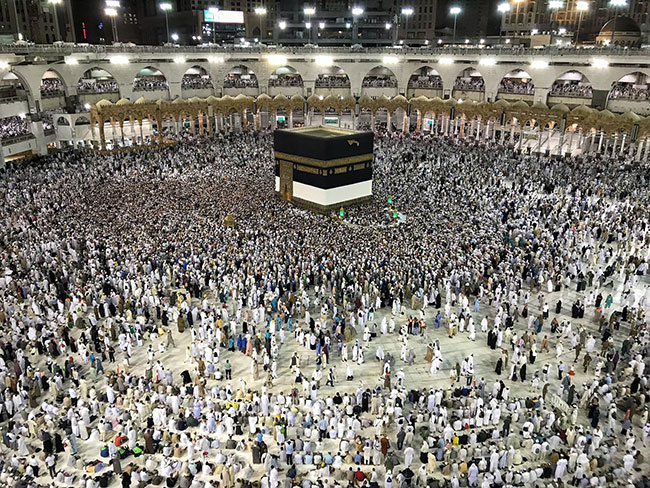 KATHMANDU, June 28: The Nepal Hajj Committee is preparing to increase facilities for Hajj pilgrims this time in a qualitative approach. The Muslims are required to make the Hajj Pilgrimage to Mecca and Medina of Saudi Arabia once in their life.

At a press meet today, the Committee said the Hajj for this year is beginning from July 18 and a well management has been ensured for meals and accommodation facilities.

Though the Saudi Arabia was requested to increase the quota for Hajj pilgrims from Nepal by 1000, there was a verbal assurance of allotting more 500 quotas. But, no avail. Though the recorded data put the number of Muslim in Nepal at around 1.2 million, the present population of Muslim in Nepal is estimated to be around 1.5 million, according to him.

It costs around Rs 230 thousands per Hajj pilgrim to make the travel. The amount shall be borne by the Hajj observer oneself.

Until last year, the Committee would refund Rs 10,000- Rs 15,000 each to the Hajj pilgrim, but this year it is not sure whether it would be able to continue due to a rise in the charge by the Saudi Arabia government. He demanded the government provide grant to the Hajj devotees. A Hajj devotee has to pay around Rs. 5,000 more than the past due to an increase in the value of Saudi riyal.

Chair Miya utilised the forum to refute media reports about an alleged misappropriation of funds in air ticket and other management efforts. He described the report as just a 'propaganda', adding that the Committee was fully committed to its goals.

1,200 Muslims setting out for Hajj pilgrimage

KATHMANDU, June 28: The Nepal Hajj Committee is preparing to increase facilities for Hajj pilgrims this time in a qualitative... Read More...

Death toll of Egyptian pilgrims to Mecca rises to 70