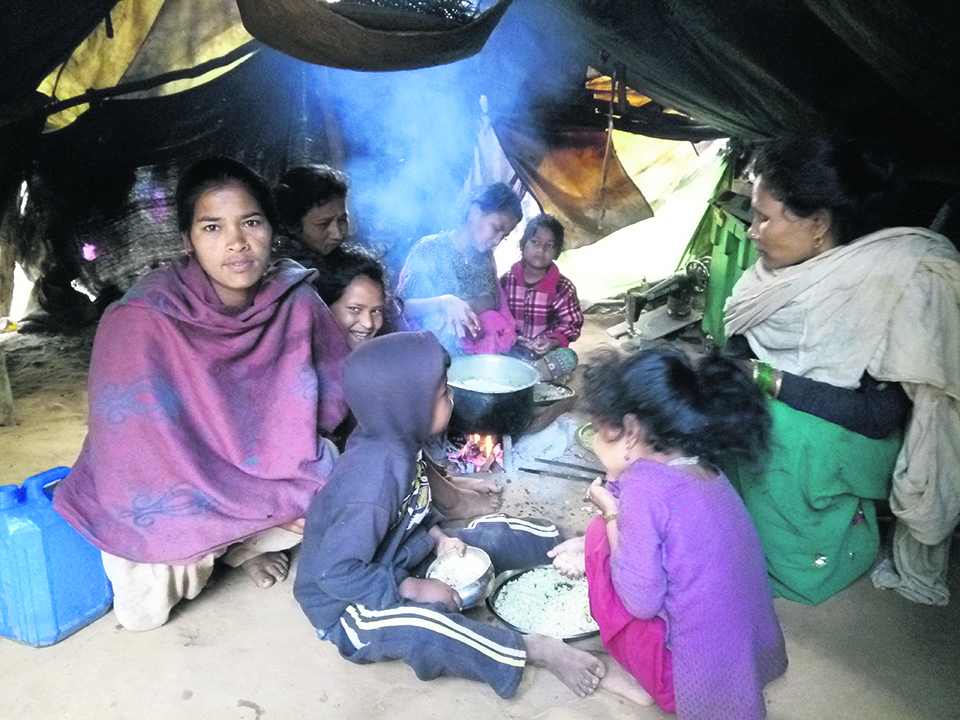 SURKHET, April 30: Five years after being displaced by the ravaging flood of 2014, the victims of Surkhet will finally receive the first tranche of grant for the reconstruction of their houses on Tuesday.
Karnali Province government is planning to distribute Rs 150,000 as the first tranche to the victims from Tuesday.

Those displaced by the disaster are still sheltering in makeshift tents. The provincial government has sanctioned Rs 313 million for the flood victims.

"We have sanctioned Rs 300,000 for each family. Of which Rs 150,000 of the first tranche will be distributed on Tuesday," said Naresh Bhandari, minister for internal affairs and law of Karnali Province. Bhandari is also the coordinator of the high level committee formed to address the problems of the flood victims. According to him, the second and third tranche of grant will be distributed following the progress of the work.

The local government has already announced to provide the grant amount to the victims. After receiving the first tranche of grant, those without land will use the money for purchasing land while those with land will start the construction of their houses.

As per the details provided by the committee, so far 514 displaced families have filled the forms for receiving the grant. Among them, 292 have chosen land and house construction while 339 have chosen rehabilitation. Seven out of the total nine local units of Surkhet were affected by the flood of 2014.

SURKHET, Sep 11: Four years after the devastating flood in the district of Surkhet, the local authorities have started collecting the... Read More...

SURKHET, March 10: Four years ago, massive floods from Bheri River had completely washed away all the family members of Sarjan... Read More...