With access to internet, we are living in the world having rapid technological advancements and digital revolution. Majority of activities  on an online platform is definitely of our interest, either at a personal or professional level. Moreover, social media platforms like Facebook, Instagram, Youtube and more are playing a leading role, being a platform to share ideas, communicate and explore new avenues which were not accessible in affordable cost prior to digital revolution. There also are youngsters who   using the information shared in YouTube to learn something new and earn the desired skills. Be it learning the techniques of making a colorful mandala or knowing to hit the right notes of their favorite songs on the guitar or keyboard. It is not only limited to learning about musical instruments but also to know about different make-up styles and more. 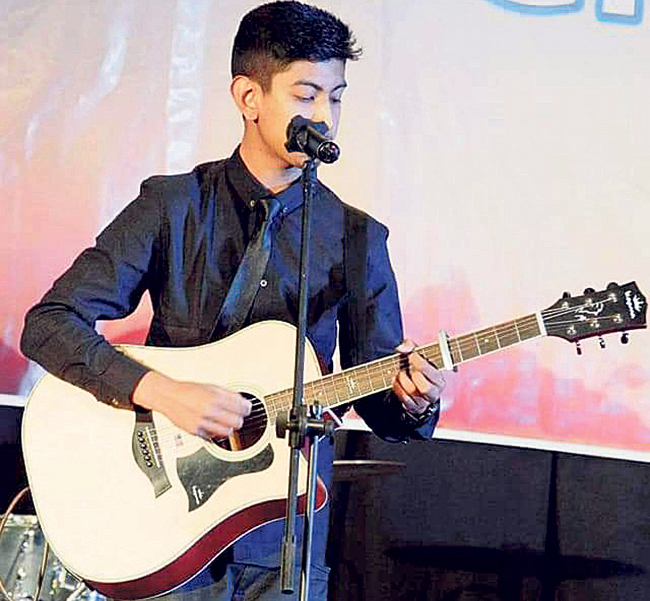 From his very childhood, Bishesh Shrestha was passionate about music. In his school years, he used to perform at various occasions.  However, he rarely sang without an instrument assisting him. He was in eighth grade when he felt the need to learn and play instruments. It was the time he decided to learn guitar. However, he had no idea about guitars. He bought a second hand Indian guitar. Thanks to his savings and the intent to buy a guitar. He still had no knowledge on how to play it. So, he started taking lessons from YouTube channels like ‘Nepali E-chords’ and ‘LearnGuitar’. He couldn’t play it without having his fingers hurt. Most of times, he played the guitar with swollen fingers. That’s how damaged the guitar was. However, he didn’t give up on his passion of learning it. At times, he even felt like he would never learn the art of playing a guitar, since YouTube was his only teacher. He finally covered all the chords after continuously practicing for two weeks. But, whenever he used to play guitar along with his friends, his chords progress didn’t look very good. He started spending more time on YouTube. After some time, he could play the chords of a few songs. That didn’t satisfy him. Then, he went on practicing on different scales to learn advanced skills.

Here too, YouTube was his Guru. After learning scale, he figured out that every musical instrument is similar if they are played based on the song scale. This further helped him in learning other instruments such as Keyboard, Flute etc. He is now a music teacher at an institution called FN Music Classes, Chabahil. Here, school- level students come to learn playing  instruments. He also performs at different fiestas organized by colleges and institutions. “If I didn’t have the patience and willpower to learn, I would never have learnt, be it from YouTube or music Academies. It’s really important to believe in yourself and your passion,” he told.

Like many teenage girls, Asmita Kharel is also interested in makeup. She started with practicing nail art around three years ago. She says, her journey in this field started when she was watching a video on YouTube and stumbled upon a nail art channel. She wasn’t satisfied with just watching. So, she decided to do it on her own. She wanted to stand out in her high school and be well known for something that not everyone did. After understanding the process, she started spending hours on doing nail art. She watched more videos related to make-up and art.

She thought she was doing well as she received admirations from everybody she met. With the help of YouTube videos, she started learning make-up. Besides the basic make-up, she also enjoys doing eccentric and freaky make-ups. She practiced doing make-up during her free time. As a professional, she recently worked as a make-up artist for a bride. She was paid well for her art. Her most notable works include scary make-ups like wounds and cuts where she creates optical illusions. She wants to pursue a career in nail-art and make-up, especially SFx. She said, “When people say they get scared or freaked out seeing my pictures, it feels like a compliment to me.” 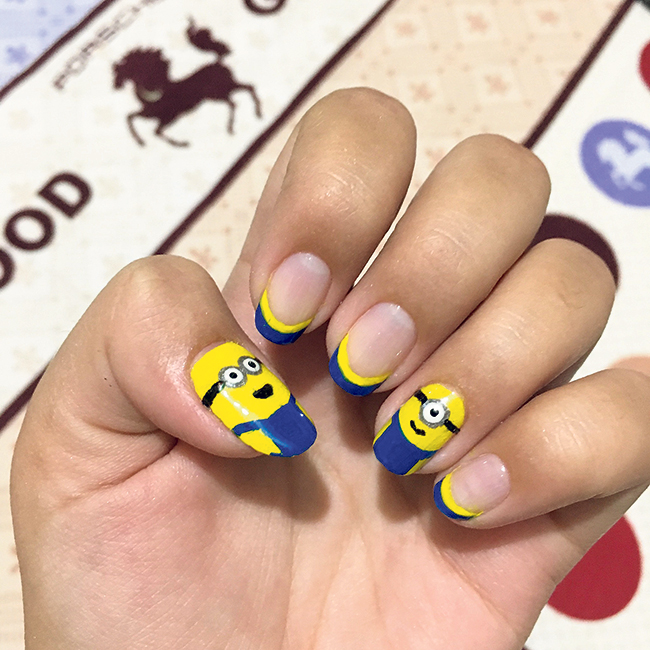