After the pressure of Hindu Jagran Nepal, 'No Barata Please' made 'Private'

KATHMANDU, Feb 19: As a celebration of different aspects of womanhood, Women of the World (WOW) 2018 concluded in Kathmandu on Saturday at the Institute of Engineering (IOE)-Pulchowk Campus, Lalitpur.

The event was the second edition of Women of the World Kathmandu which was jointly organized by the British Council and Southbank Center.

The event commenced from 10 in the morning and ran till 8 pm with several sessions. The sessions included four moderated panel discussions on various topics of women power, sexuality and skills. A special self-defense training workshop was also organized the very day while different workshops on solo traveling, legal rights of women, patriarchy, safety and feminism among others were also conducted.

Meanwhile, the event also featured stalls of selected women entrepreneurs and entrepreneurships working for women. Similarly, different stories of exemplary women in Kathmandu were told in photographs. There were also physical and other entertainment activities that people could participate in.

The day ended with a musical concert featuring singer Ani Choying Drolma and bands like KTM Killers (and B-girls), Didibahini and Dissonance.

WOW Kathmandu is a part of the WOW movement that started in 2011 at London’s Southbank Centre with Jude Kelly’s initiative. The WOW movement is now celebrated in over 20 cities across five continents. 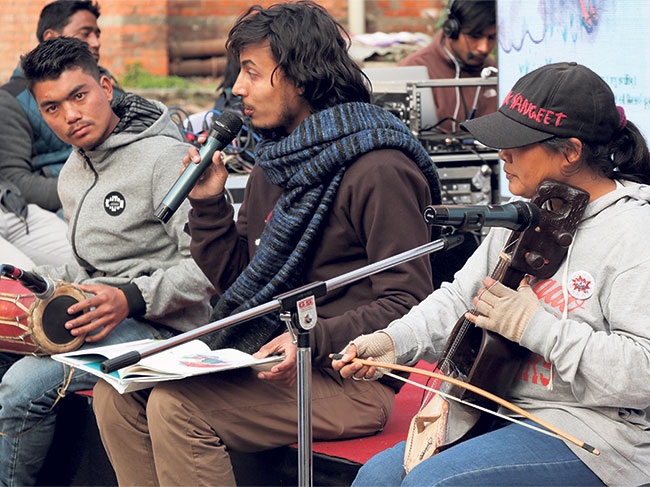