The number of start-ups and entrepreneurs has mushroomed in the Kathmandu Valley in recent years. Regardless of how unrealistic and unsustainable the idea may be, people claim to be an entrepreneur and start a business of their own. But, starting a business should be a thought-through process. While merely an idea is not enough to sustain a business, the very first thing that any venture requires is space. And with space comes a list of expenses that needs to be taken care of.

To bring an end to the space woes, co-working is the ultimate solution for those struggling to start a new business. If you don’t want to worry about miniscule expenses like electricity and water bills, co-working can be the best alternative.

When people work in a shared space, they are free of all the above mentioned hassles and can invest all their time and effort on their business model. Co-working gives the much needed kick-start to any start-up.

The idea of co-working
The term itself gives away a fair idea about the concept. Co-working basically means that different people work on different ideas in a single space. As the core idea of co-working, people from various personal and professional backgrounds can be seen working together in the same table. Co-working is arguably a better way to expand one’s professional network and contacts. It is also an alternative way to brainstorm the ideas with people, who may either belong to the same professional background or to a different one. Also, the working environment is not monotonous and it is a helpful way to tickle one’s creativity.

There are many co-working spaces in operation in Kathmandu. They have categorized these spaces into various levels, depending on their nature. In general, the offered spaces are categorized as personal, private and office space. Anyone interested can rent these spaces according to their needs. The price and time period to use a co-working space can vary from one institution to another.

If we look at the trend internationally, the culture of co-working has been practiced since long and people abroad have become used to the new working style. In Nepal, however, the idea was introduced only in 2011. With Biruwa Ventures, Vidhan Rana started the idea in Kathmandu as an alternative workplace when the city was suffering due to long load-shedding hours. His idea gradually garnered attention and people started adopting it as co-working space.

Observing the trend here, Vidhan said that copying the idea of a developed nation might not be feasible. “The market and economy here is limited and we need to modify the spaces as Nepalis are still not used to the idea of sharing a space with others. Even in a co-working space, they seek a personal room, and are more conscious about their ideas getting stolen.”

Vidhan discontinued the concept of co-working at Biruwa Ventures (now Biruwa Advisors), and has been running Ventures Café since 2016. The café serves as an alternate idea to co-working and open workspace sans the fees.  Talking about alternative idea, Saroj Mahato started Bikalpa Art Center (BAC) with his wife Mahima in 2013, envisioning a creative hub for artists and creative thinkers. BAC, a year later, introduced co-working as a business expansion strategy and ended up inviting not only artists but also aspiring and young entrepreneurs at its premises.

Regus PLC, a global company that has been in operation since 25 years, set a branch in Trade Tower Nepal, Thapathali in 2013. “Apart from the basic offices space, Regus also offers its clients virtual office spaces and the opportunity to connect with prospective customers across the globe,” said Country Manager for Regus in Nepal, Rahul Shah.
In 2015, another co-working space was set up when Prashant Shrestha co-founded The Platform Inc in Lazimpat. Platform Inc later shifted to Jhamsikhel and targeted expat communities active there. Their first clients were international tourists, but Prashant, who now handles the business with Kushal Bajracharya, shared that Nepalis have also adopted the idea of an alternative workspace.

Later, spaces like Adda, Haushala Creatives, Nepal Communitere and Work Around also came into business with the similar idea, but each targeting different niche markets.

Co-working as a business

Though one can argue that co-working is a better working model, according to Vidhan, it is not the ultimate business model one would want to invest in. To make profit in co-working business, about 80 percent of the space needs to be occupied. This may not always be possible and the business itself might face loss for days or even months unless the space is in a private property.

Speaking from their personal experience of several hits and misses, two brothers and co-founders of Work Around—Dadhi Ram and Tanka Ram Poudel—said, “We set up Work Around in our own space. This has helped us cut down expenses and offer services in minimum price. It might have been harder for us to bear the expense otherwise.”
Meanwhile, Rahul believes that Kathmandu is not congested enough for people to go into a co-working environment. Guided by some preconceived notions, people are still reluctant to shift to the co-working culture until and unless they have no choice.

Though there are many co-working institutions within the Kathmandu Valley, these organizations don’t think of each other as competitors. In fact, they are willing to collaborate and increase this co-working culture among Kathmanduities. On an individual level, they have been conducting various networking events to increase people’s participation. Their efforts, however, have not bore desired results.

For this, Alok Khatri, co-founder of Adda, opined that the national government and universities need to work together to develop the culture from an education level. “For example, if Pulchowk Engineering Campus makes it compulsory for students to come-up with an idea and work on it in a co-working environment, students will be able to understand the concept of co-working before they come out in the competitive market.”

Vidhan expressed similar opinion, adding that places like Keshar Mahal can be developed as a co-working space, where people with varied interest can roam around and make connections. “Interactions in such environment would be easier and the cost could be cut down to bare minimum with maximum output.” 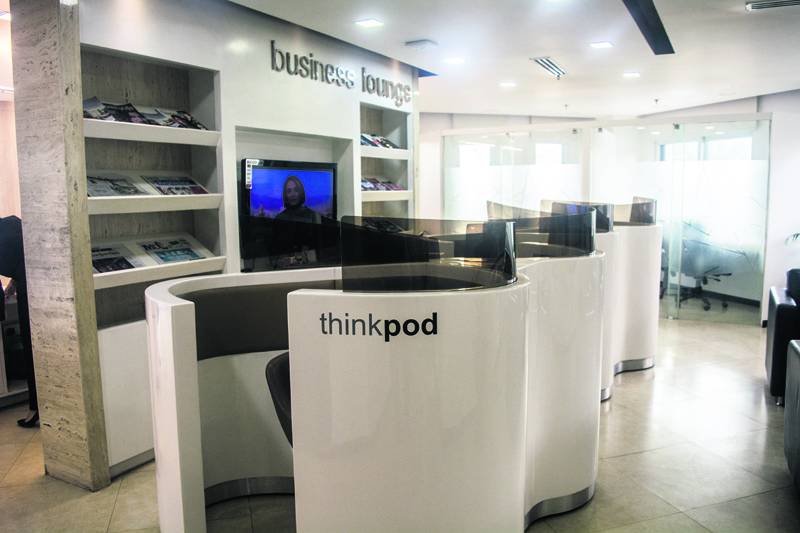 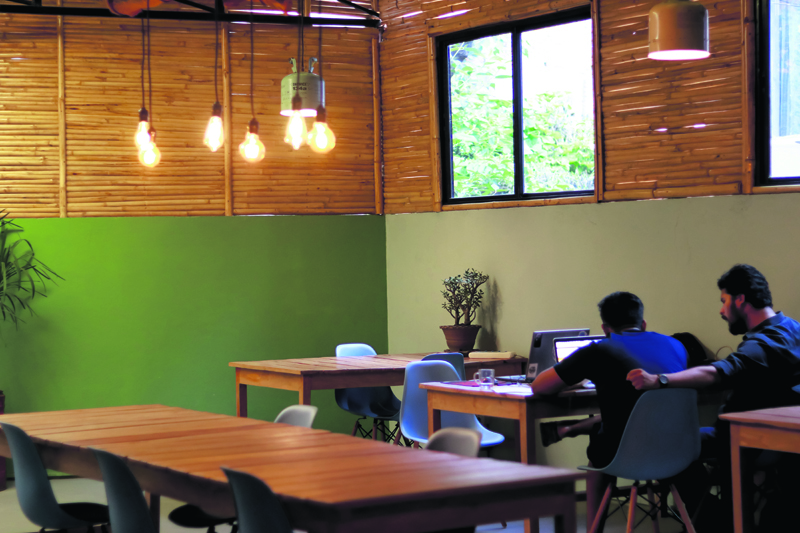