‘Sirjana’-2019, a collective art show is on exhibition at Nepal Art Council, Babar Mahal that kicked off on Friday.

This exhibition is organized jointly by Sirjana College of Fine Arts and Sirjana Contemporary Art Gallery which is supported by Nagarjun Municipality. A total of 30 artists also faculty members of the college and who work on medium such as painting, print, sculpture, installation art, performance, photography and digital art are featured in the exhibition. 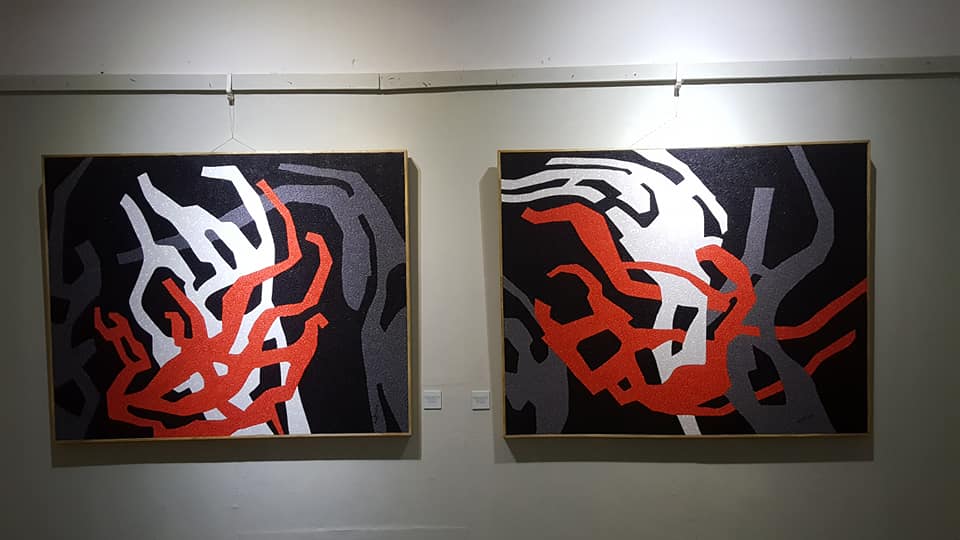 In the exhibition, there are a total of 97 artworks on display that explore nature, culture, tradition, expression, religion and more. The exhibition showcases artworks of veteran artists including Shashi Bikram Shah, Batsa Gopal Vaidya, Krishna Manandhar, Madan Chitrakar, Shyam Lal Shrestha, Ashok Man Singh among others.

Artists such as Surja Muni Shakya, Mukesh Shrestha, Lok Chitrakar, Ashok Man Singh, Batsa Gopal Vaidya, Dawa Omu Lama and Madan Chitrakar have used religious motifs and the hues seen around in their paintings. Likewise, artist Bijaya Maharjan in his set of photographs captured female devotees from behind featuring their hair decorated with flowers that have been taken as Prasad from the temple. 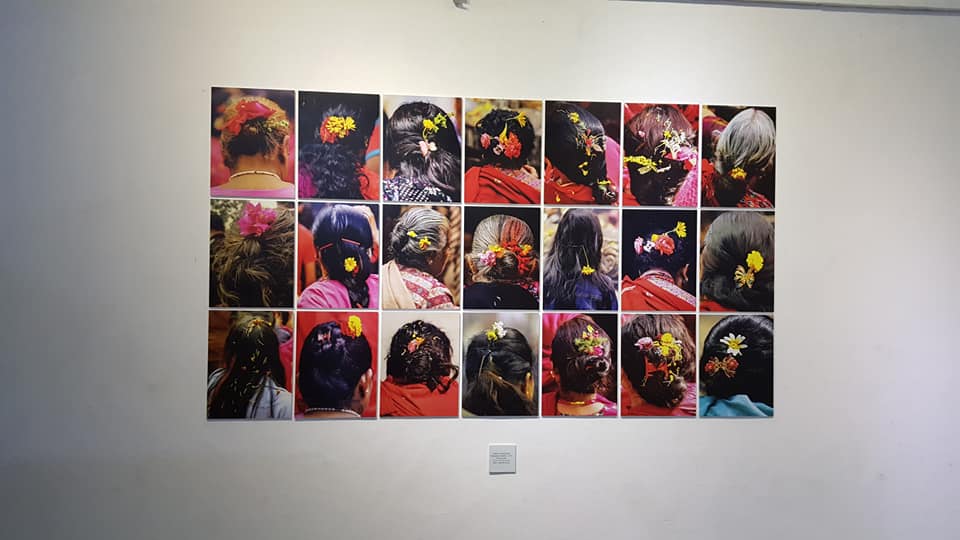 Artists Roshan Bhandari, Krishna Gopal Shrestha, Bhawana Manandhar and Gangadhar Sharoo used humans as their main motive. Artist Krishna Gopal depicted a scene from a folk tale and Gangadhar depicted a portrait of a female in her traditional dress. Then, Bhawana Manandhar painted Dr Jane Goodall primatologist with a chimpanzee in realistic form. And Roshan depicted a dreamy man sitting surrounded by fog where he has used soft tone hues like white, purple, pink and more.

Meanwhile, the exhibition also showcases various performances. On Monday the venue will resound with classical ‘Raag Durga’ by singer Sujata Verma. Artist Sulochana Gopali will perform on Tuesday. Then, Nagendra Prasad Neupane, on Wednesday will be presenting ever-green Nepali melodies. On Thursday, there will be a performance art by artist Saurganga Darshandhari.

The exhibition can be a window to Nepali modern art transformation, curated by Saroj Bajraharya and continues till Thursday. 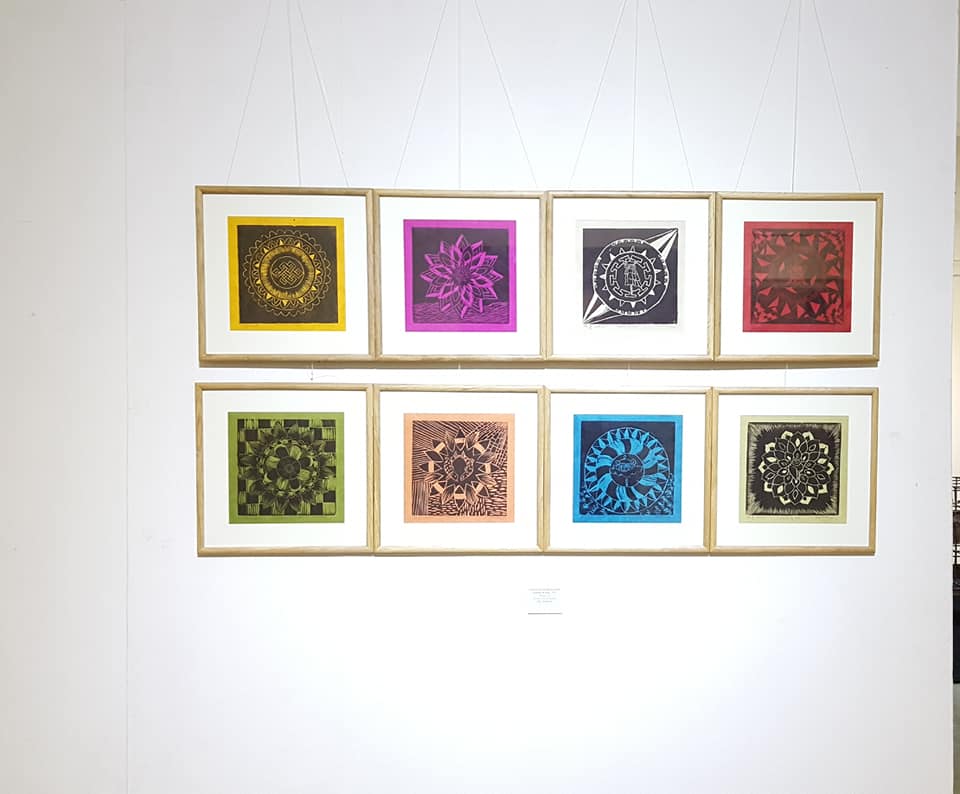 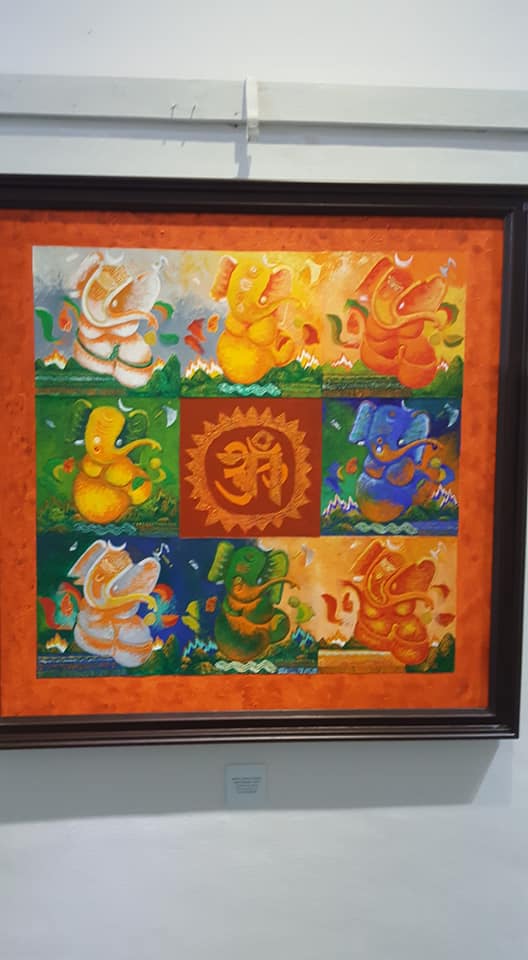 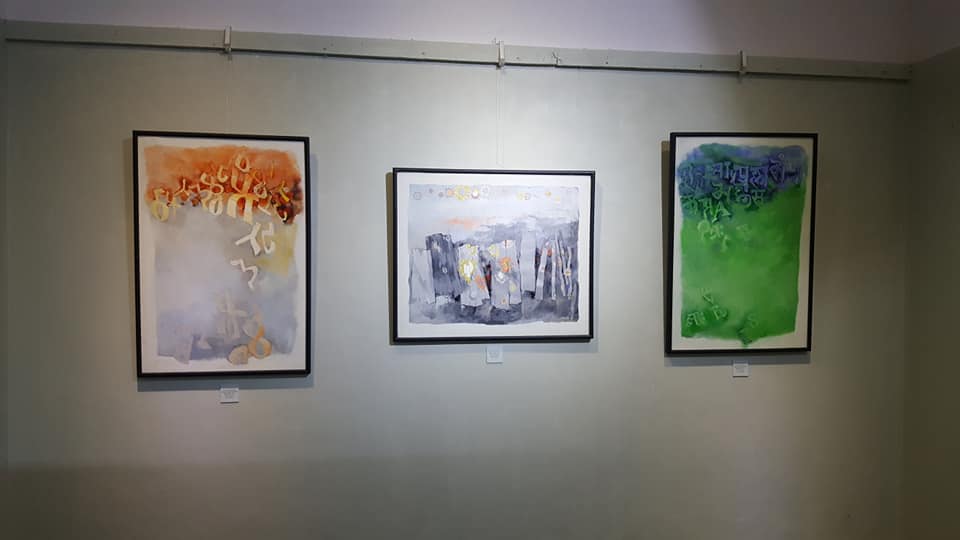 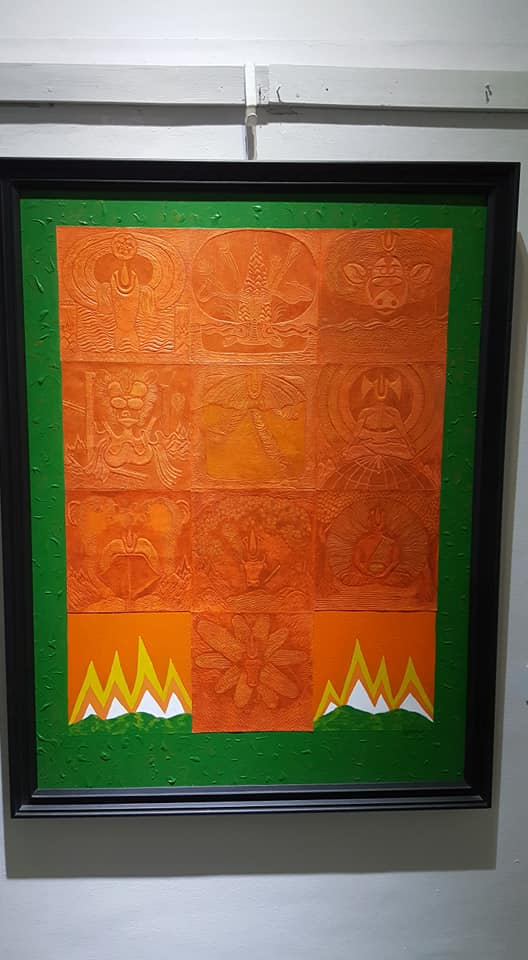 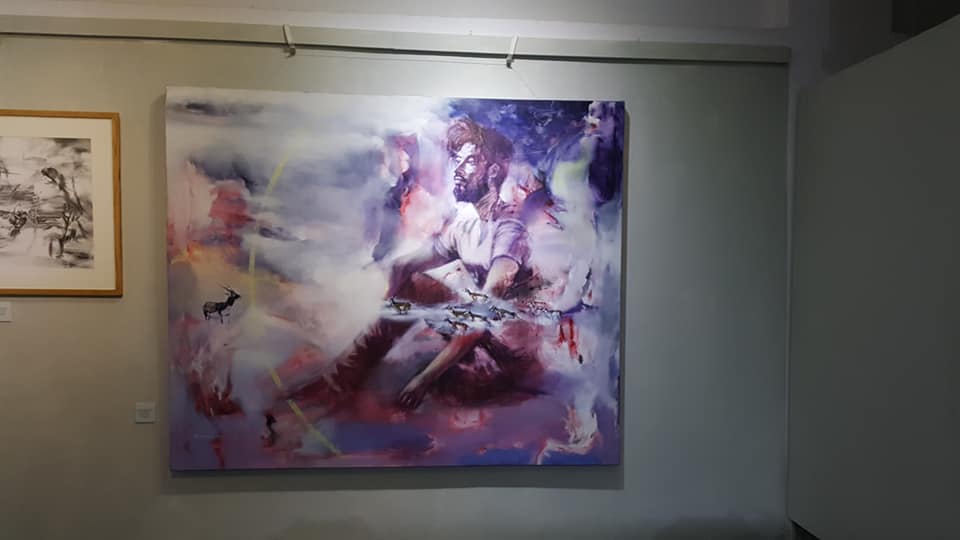 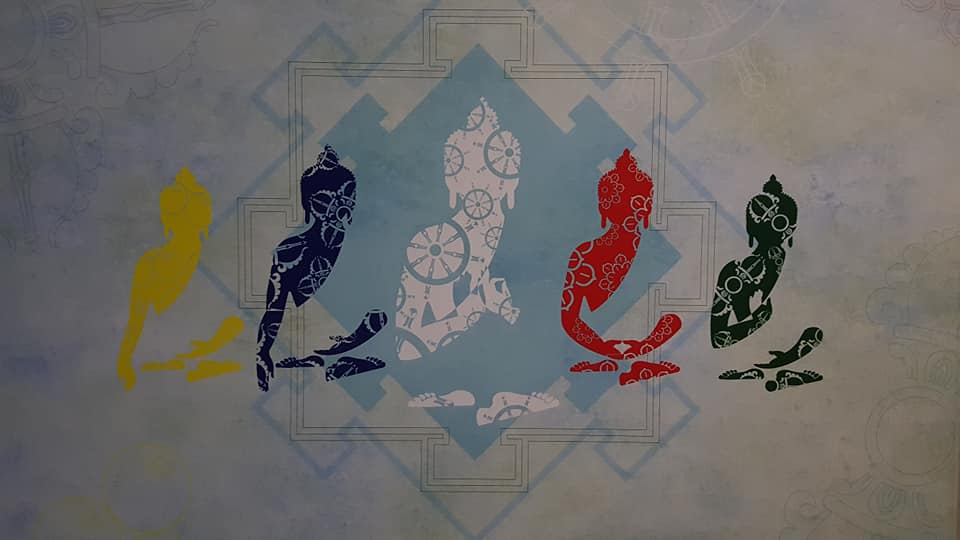 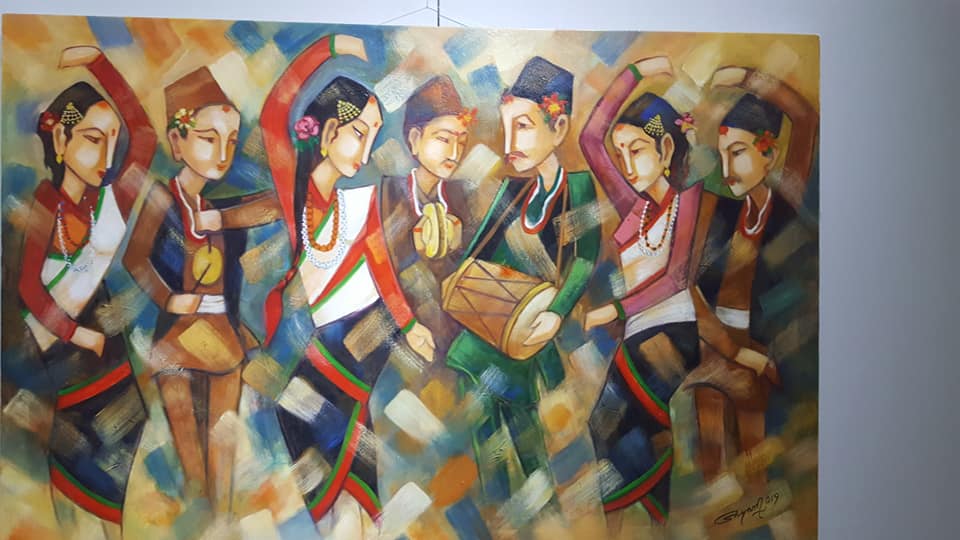 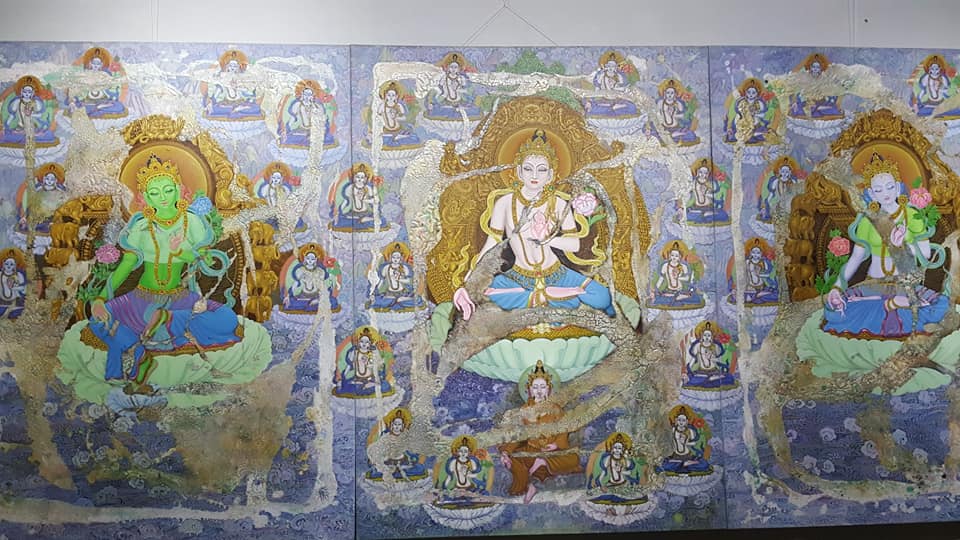 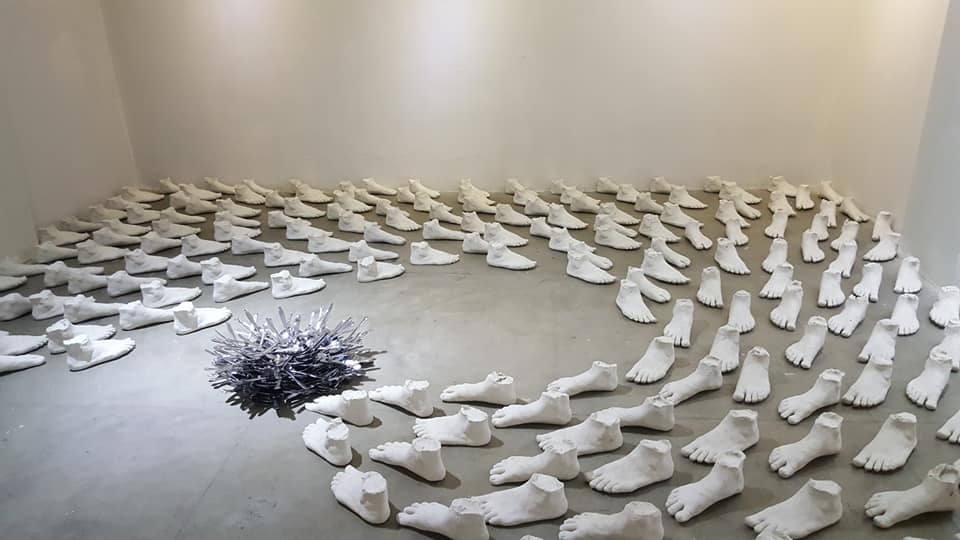 Crusaders for promoting 'Lipi' through calligraphy

2020's Most searched for artists on Google