What would everyday be like without the connection to the Internet and the virtual world? How would smart phones be used if social media users were stripped of internet use? As those questions are just a mere “what-if’s” in many people’s minds, that is the reality for people living deep inside the Tamor Valley, where electricity and mobile towers are rare to non-existent. Here is a glimpse into the lives of smart phones in this part of Nepal, and the kind of relationship people have with them.

Tamor Valley is part of the Taplejung district, located in Northeastern Nepal. Its district headquarters, Taplejung municipality, is the biggest town and the only place with adequate facilities. As soon as one leaves the municipality, data signal becomes weak and sporadic, and electricity is scarce. Most people rely on solar panels to provide electricity, which is only enough to provide light for a short period of time at night. The deeper into the valley, the less connected one is from the virtual and the physical world.

In Tapethok, the first village into the Kachenjunga Conservation Area, also where the motor road ends leading from Taplejung, electricity wires still exist and 2G signal is barely reaching people’s smart phones. Here, people could still receive messages on Messenger and make phone calls on their smart phones. However, game-downloading and video calls are out of the question. In this place, people play games and use offline apps on their phones, and that is still the preferred pastime for smart phone users.

As internet connection disappears down the valley, daily interactions between neighbors and villagers start to increase. Especially in Olangchunggola, the last village before reaching the Chinese border, physical interactions are essential for socializing and completing daily chores. Smart phones are a mere tool that strengthens those bonds and relationships, with the help of ShareIt App. “Through ShareIt we can share everything, from our friends like games, movies, apps, music…it is the most important in this village, because we don’t have Internet,” says one villager in Olangchunggola. People also have fewer expectations of their smart phones, making them less frustrated and more reliant on people around them for entertainment and connections.

Different offline apps are commonly used, specific to the location and connective circumstances of a place. In Olangchunggola, most businessmen have an app that helps them learn Chinese, called “Learning Chinese.” One businessman said, “Because we live in border, learning basic[s] like 1, 2, 3, is helpful.” This is less common in places like Taplejung municipality, where social media apps are the main use of smart phones.

The existence of Internet and physical infrastructure really impacts how people use technology, as it is revealed by the daily lives of people in this part of Nepal.

Candice is an undergrad student from Brandeis University, Boston, Massachusetts, who recently conducted a month-long research in Taplejung. (www.candicejiang.com) 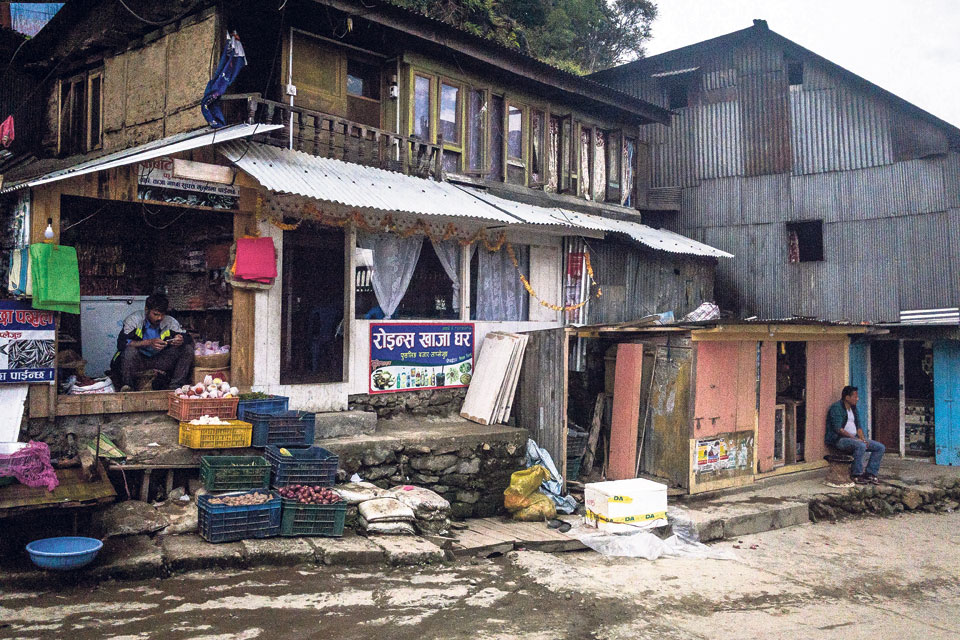 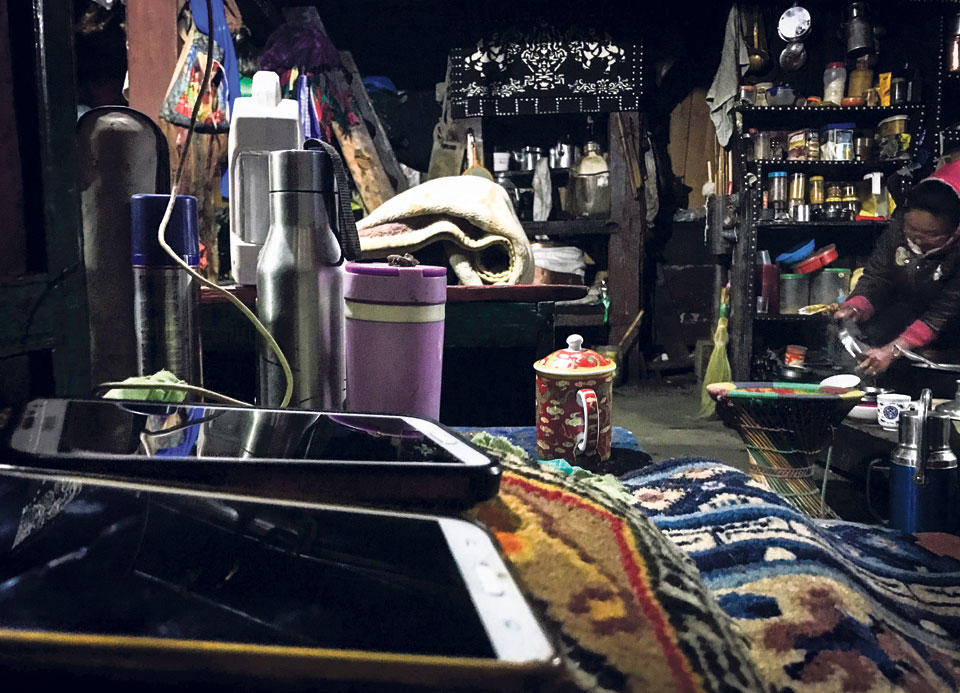 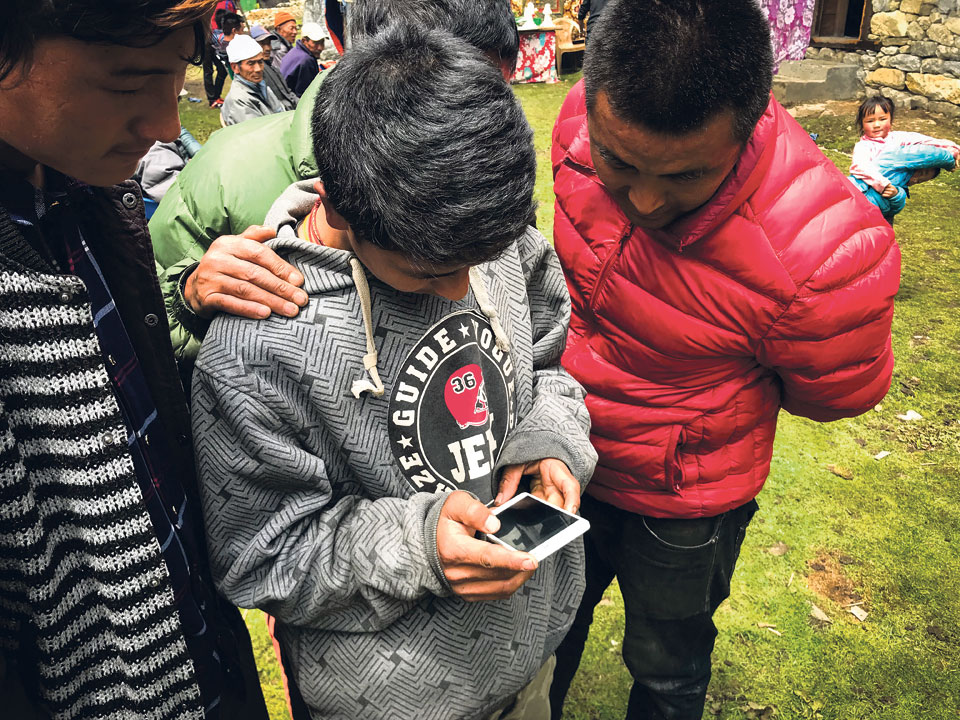