There’s something magical about capturing everything going on in the world around you in a single shot. Even better, with a VR headset, you can let your friends essentially step into your photo and see everything that was going on around you. Capturing the perfect 360, however, isn’t as simple as just hitting the shutter button.

Here are some tips to help you shoot 360 pictures and videos like a pro:

Use a timer
The beauty of 360-degree cameras is that they capture an image of everything around them. If you’re the one taking the picture, then chances are good that “everything” also includes you. If you don’t want all your 360 photos to have a picture of you holding your phone in them (no judgment here if that’s your thing!), then the timer can be your best friend. A five or 10-second countdown can be just the time you need to put your phone in your pocket and make yourself look like you’re the life of the party.

Use a Tripod
A tripod can also be invaluable when it comes to shooting 360 photos. Samsung’s Gear 360 comes with a tiny one, but you’d be better served springing for a selfie stick or a collapsable tripod like this one to use instead. The reason? 360 cameras work by taking two 180-degree pictures and stitching them together. While that stitch looks great up high, toward the bottom of the shot things can get dicey. Since the camera is a sphere it will essentially edit itself out of the shot, but if it’s not high enough off the ground that can also mean it misses some of what’s below as well. That can look pretty wonky. Using a tripod can ensure you actually capture everything you want. 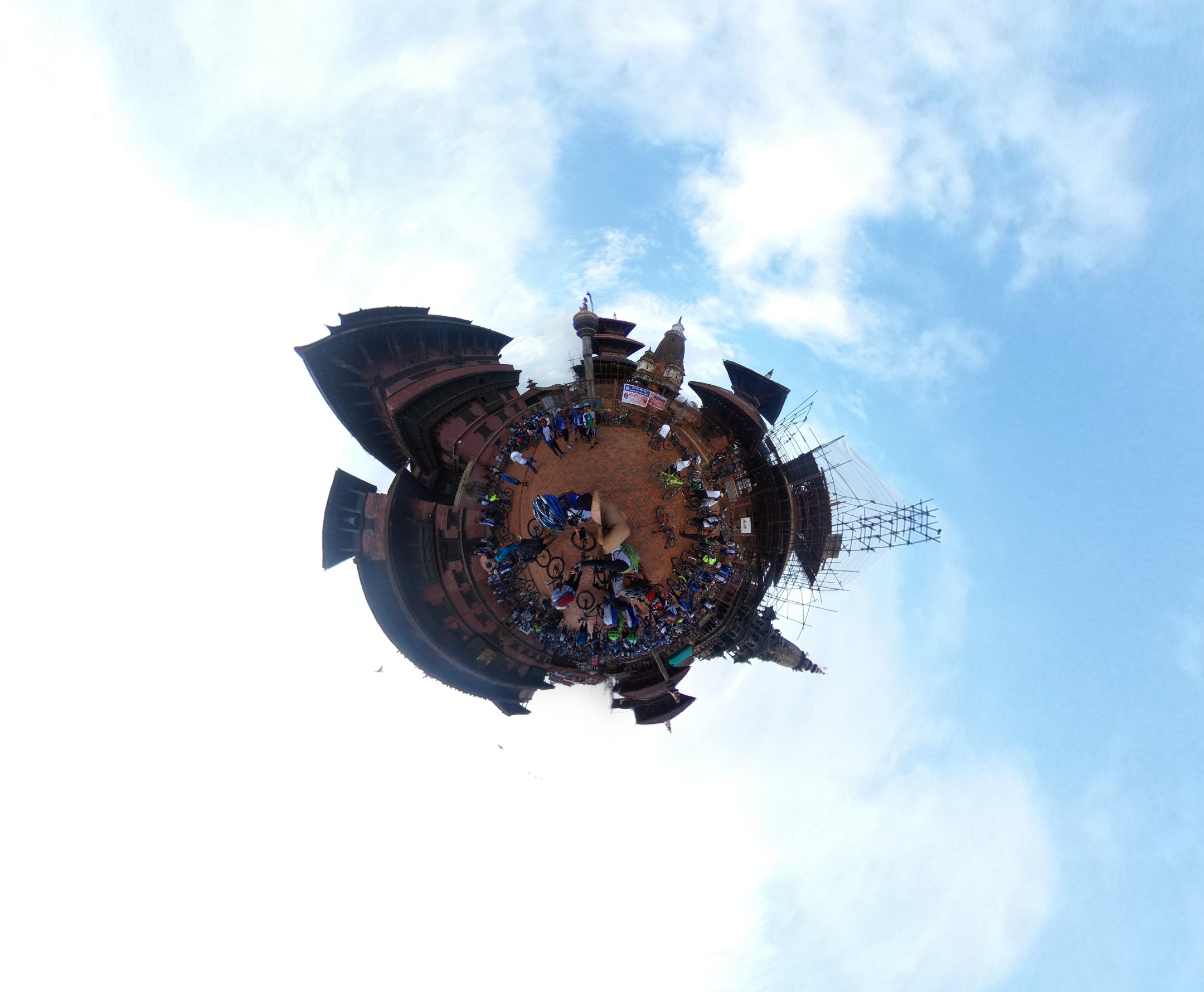 Pick the Right Height
If you take a picture with your camera on the floor, then the person looking at the picture later is going to feel like they’re sitting on the floor. It’s awkward, and likely not what you intended. Instead, the best move is to get the camera to a person height (five to six feet in the air). Then the viewer will feel like they’re just another person in the room, not an awkward onlooker.

Stay Still
While it might be tempting to walk around with a 360 camera, truth be told, moving videos end up being a bit jarring for people to watch. The reason is pretty much the same explanation as why you should use a tripod. When you move around holding the camera, it’s impossible (unless you’re a professional with some sort of steady cam rig) to move smoothly. That means your video is going to naturally move up and down a bit as you breathe and walk. That’s no big deal when you’re shooting a normal video, but when you shoot a 360, you’re doing so with the idea that people will want to look around. When your viewer is looking left and you’re moving forward there’s a solid chance you’ll be walking away from what the person watching your video wants to look at, and you’ll probably be making him or her a little nauseous in the process. Shoot videos, but do it from a stationary position.