Despite holding two world records in parkour, Dinesh Sunar also known as the king of parkour is set to leave the country for seeking a better life.

Sunar who is originally from Khotang laments his decision to leave for the US. The reason for this decision is due to insecure future in parkour, in terms of finances in Nepal.

“Frankly speaking, I have talent but I don’t have money,” Sunar says, who is living with his wife and son in a rental room in Kadaghari.

“I didn’t get any support in Nepal while pursuing parkour. Although I made the country proud through parkour, I couldn’t feed properly to my family members.”

He had already been to the US but returned even his Visa was not yet expired. But his family was unhappy with his decision. They wanted him to stay there for his good future.

“I’ve no regrets about my return to Nepal because I was engaged in productive activities here. I set two world records after my return,” he recalls. 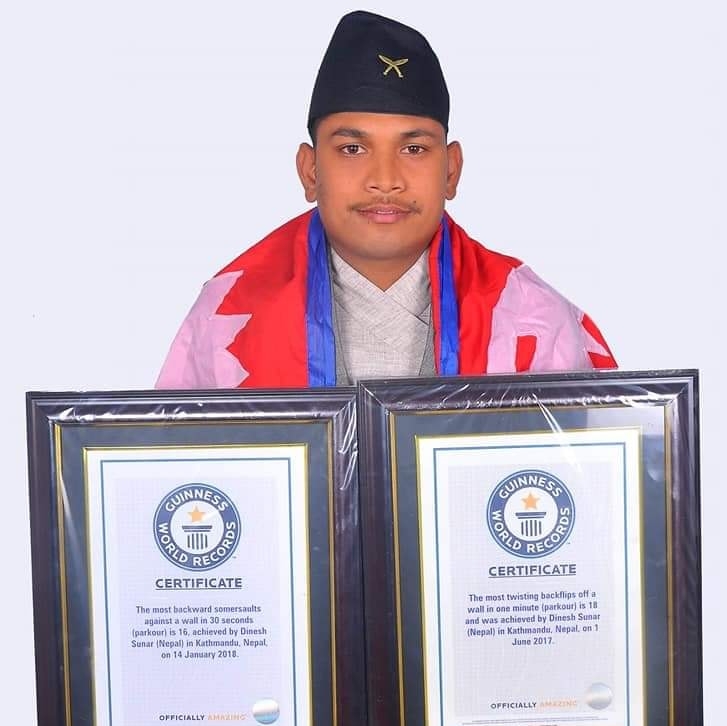 Parkour is an adventure sport of traversing obstacle, especially in city space from one place to another place especially without wearing safety gears in a quickest and professional technique. Devolved in France late 1980s, parkour garnered popularity in late 1990s and early 2000s throughout the development of the internet. However, the game was alien in Nepal until Sunar introduced it in 2012. Be it participating in the international arena or posting videos on social media, he has been advocating the game.

“Earlier I was associated with Armed Police Force as a gymnast. Then, the internet introduced me to parkour which I realized that I had been practicing it unknowingly. I later came to know that the activities I was doing were similar to parkour,” he shares.

Now he has applied for his third world record of 11 twisting back-flips in 30 seconds which he attempted on March 2019.

“I’ve submitted an official application to the Guinness Book of World Records. I am going to set a hat trick in the world record in parkour, if it is approved,” Sunar confidently says.

Besides, world record titles, he recently secured the 8th position in Parkour World Cup that was held in 2018. And he yearns to set a new record in ‘American’s Got Talent’ in his future endeavor. 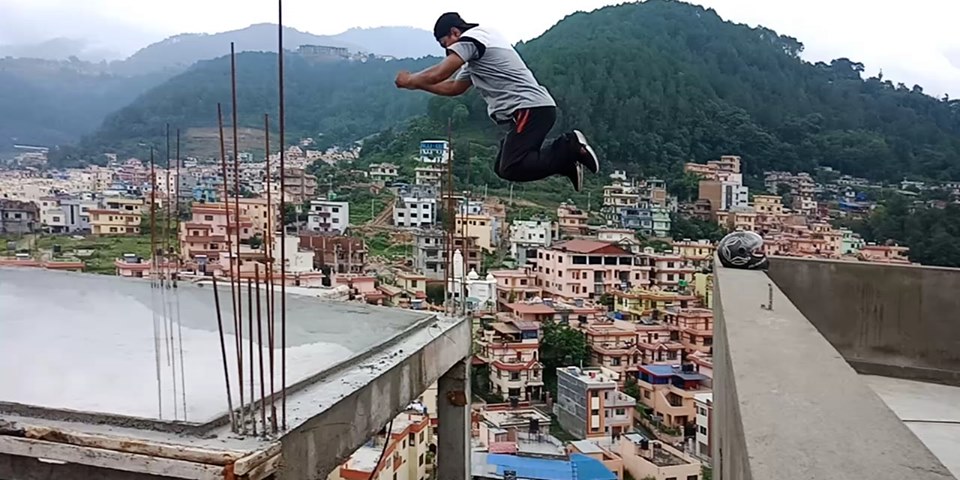