Walking away from his IT career was among the toughest decision that Suraj Shrestha made in his life. However, the 28-year-old IT engineering graduate from the Motilal Nehru National Institute of Technology Allahabad was destined to pursue a career in acting. His transition was full of hardships. 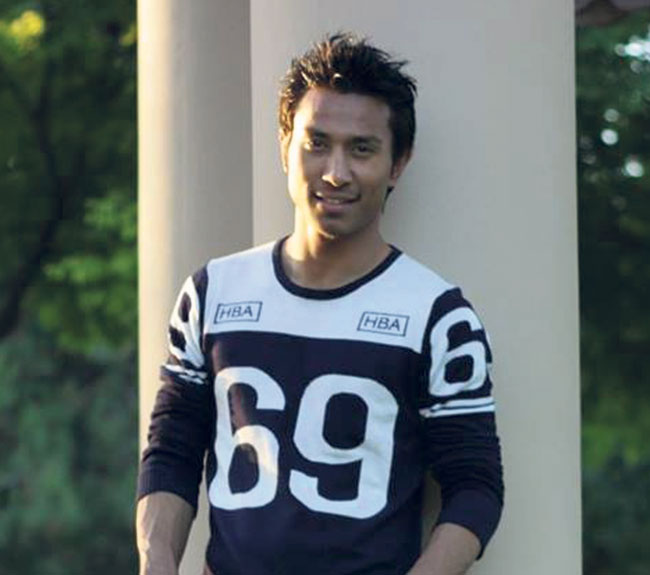 First came the usual family disapproval; his family was not in favor of seeing their investment and Shrestha’s hard work go down the drain because he had an alternative career in mind. Even his friends and relatives weren’t happy with his decision. However, he still chose to take on the challenges of establishing himself in the acting realm. Shrestha's solo venture got his personal finances to worsen; his only resort was his parents – who still weren't happy with his decision. With shame in his eyes, he approached them to ask for additional revenue to continue his quest.

According to Shrestha, he chose to pursue his dream because he found happiness in acting, and joined Mandala Theatre to fulfill his ambition. There, he learned about acting and directing. In the course of his early acting career, he got roles in plays like ‘Baitarni Café’, ‘Sirumaran’, ‘Jiwan Chalirahanchha’, ‘Aarop’, ‘Jyan Maya’. He was also featured in short films like ‘Smoking Kills’, ‘Maya’, ‘Flies in the Café’, and ‘Momo’.
The initial projects didn’t fulfill his hunger for acting. Thus, he applied at the New York Film Academy. The academy accepted his application, and he went on to complete a one-year acting course there.
At present, he is busy in Los Angeles working in various projects like ‘Aging’, ‘I Killed Adolf Hitler’, ‘Bitcoin Mama’, ‘Robbery’, and ‘Sleeping with Violence’. ‘Bitcoin Mama’, a short film, is preparing for a screening in Warner Bros Studio this September.

In addition to acting, he has also contributed as a choreographer in music videos including, ‘Rupa Ki Rani’ and ‘Kaan Ma Aai’. Despite his hefty portfolio, Shrestha aspires to further sharpen his acting skills. He believes that portraying challenging roles would help enhance his abilities. Besides acting, he also plans to make movies.  “I have some stories which I want to tell to the world. Actually, I am working on a script,” he shared.