KATHMANDU, March 29: Trailer of comedy film ‘Kohalpur Express’ was launched amid a special program organized on the premises of Rising Mall, Kathmandu on Wednesday. The film features well-known actors of K-town including Reecha Sharma, Keki Adhikari, Priyanka Karki, Binod Neupane, Buddhi Tamang, Rabindra Jha and some others. Bishal Bhandari is the director and story writer of the film which is edited by Lokesh Bajracharya.

‘Kohalpur Express’ is first film of Keki Adhikari as a producer. Speaking at the event Adhikari said, “As I have almost a decade-long experience in the film sector, I had thought that it wouldn’t be that difficult to produce a film but once I started the production work I realized about the huge responsibility that one need to shoulder as a film producer.”

“I know Keki from last 15 years. I am so proud that I am the part of her first film,” said Priyanka Karki, one of the key actors in the film.  “I have portrayed a strong role of pregnant woman in the film,” she added.

The film will be released on April 27. 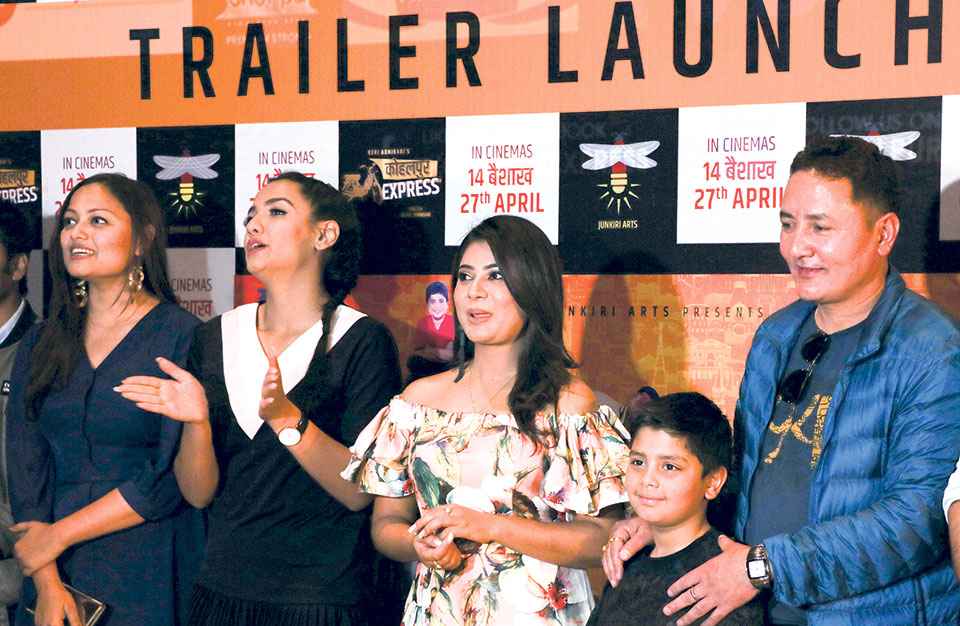