Traffic mayhem on the Chabahil–Sankhu stretch

Alongside the traffic congestion and the never-ending air pollution, the wretched roads are adding to the misery of the residents of Kathmandu. The waterlogged potholes in the city streets are common nuisances, yet an insignificant issue in the eyes of the administration. Lately, the deformities stretching 12.5 km, from Chabahil to Sakhu, is a trending issue. It’s evident that the badly deteriorated roads are still likely to invite numerous mishaps.

Every day, a large number of public and private vehicles travel along the route dodging the deep potholes, and the passersby who are compelled to walk alongside the vehicles. The commuters, as well as the drivers,  are acutely affected by the situation.

Goma Sunar, 38-year-old tempo driver, has an experience of driving the Jorpati-Shankhamul route for 13 years, but still prepares for the risks as she sets out for duty every day. To avoid the accidents in her designated course, she’s on a constant hunt for alternative routes. “Since every other road in the area has been dug out, we often have to take the Boudha route to get through. Last week as I was driving down the streets of Boudha, my tempo got stuck in a pit and was very close to turn turtle. All this has been affecting our earning and livelihoods as passengers hardly prefer tempos,” complained Sunar.

One can easily picture the haywire in the authority, courtesy of the lengthy shambles in the street. While construction has been in a stand-still for the past two years, member of the executive committee of Boudha-6, Jaya Ram Pudasaina, assured of construction continuity after a committee meeting this week. When asked about the causes impeding the process further, he pointed out that the lack of strict actions from the public and authoritative level were the primary causes. The shifting of blames does not seem to have an end. Each stakeholder – road contractors, supervisor and the locals – have their own say.

An agreement of expanding the 12.5 km stretch, under Kathmandu Valley Road Improvement Project (KVRIP), Baneshwar, was signed in October 2015.  The total cost was estimated to be around 420 million. However, in the course of three years, the roads have not been blacktopped, let alone properly expanded.

Sandeep Hirachan, director, and contractor at United Builders and Engineers Pvt Ltd claimed that the roads needed a complete makeover, including the maintenance of pipelines to keep the rainwater from gathering into main streets. “The halted construction works can only be continued after five months,” Hirachan added.

During Indian Prime Minister Narendra Modi’s Nepal visit in May, the road from Chabahil to Tusal was blacktopped overnight as he stayed at Hyatt Regency Hotel there. However, the authority maintained a blind eye toward the plights of roads past Tusal. “During Modi’s visit, we had received a notice from the higher authority to complete the construction within a limited time period. If they show similar concern with the remaining parts of the construction, we would have blacktopped the remaining sections months ago to fight the dire situation of monsoon,” added Hirachan.

Adding up the trouble, the locals filing writ petitions at the Supreme Court have also left the construction work in limbo. Around 20 house owners have filed a petition claiming for a certain amount of compensation to abide by the regulation of the project. “Unless we work as per our designs and put double drainage system, we cannot vouch for the complete maintenance of the Boudha-Sakhu road.  If we come to an agreement under the regulation of the project, we can continue with our work. However, if that’s not the case, we will remain unable to provide headway to this pressing issue,” said Bishwo Bijaya Lal Shrestha, engineer of the KVRIP.

Amidst the shifting of blames that each department and civil society have been piling up on each other, we have hardly realized that it has cost us our long earned dignity. With Boudhanath Stupa enlisted in the UNESCO World Heritage Site, it is likely that the heritage receives a myriad of tourists every season. On her recent visit to Boudhanath Stupa, Indian actor Juhi Chawla took to Twitter to express that she was mesmerized by the façade of the stupa while scorned Kathmandu’s heavy traffic and pollution. Similarly, a 32-year-old Brazilian citizen, Winston Jones, who has been living in Nepal for the past 13 years expressed that physical and aesthetic beauty of Boudhanath had been affected by the unpleasant road condition.

As per the concept of solidarity developed by French sociologist Émile Durkheim, Organic solidarity is social unity based on a division of labor which comes from the interdependence that arises from specialization of work and the complementarities between people. It is thus the social cohesion based upon the dependence individuals have on each other.

Likewise drawing in the analogy of Durkheim, the road construction severely demands the active and equal participation of civil society and authoritative departments including The Kathmandu Valley Development Authority, Survey Department, Electricity Department, Department of Road in order to bring about an effective change and make the Kathmandu Valley Road Improvement Project a dream come true. 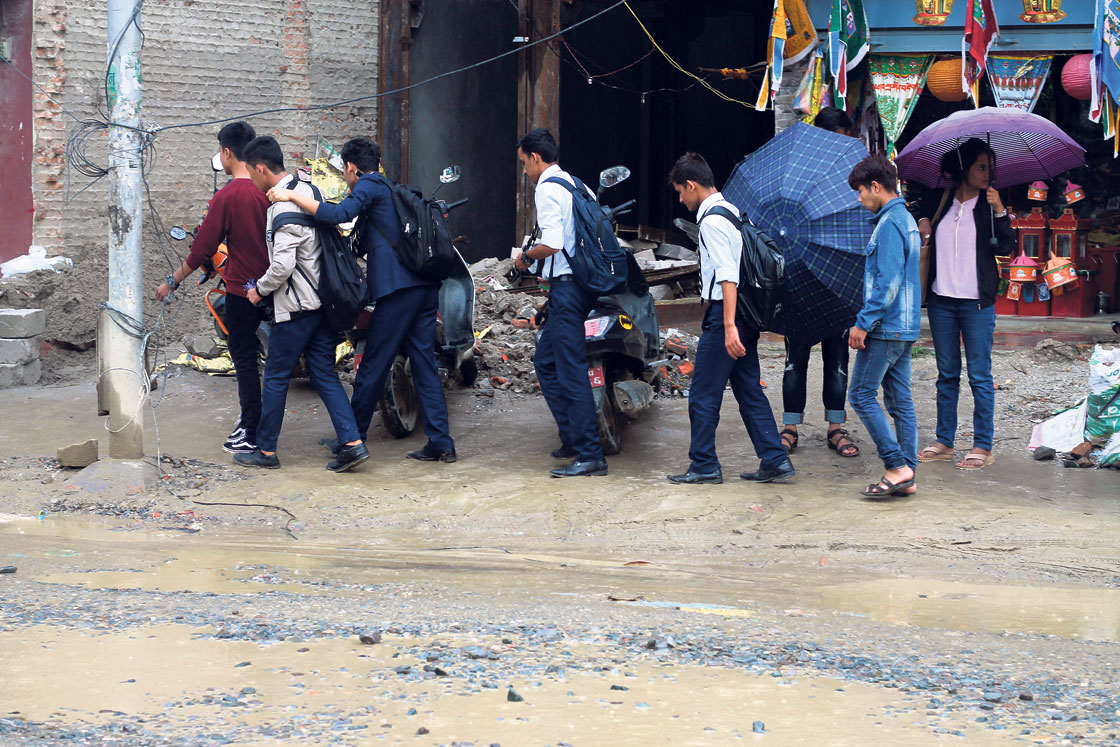 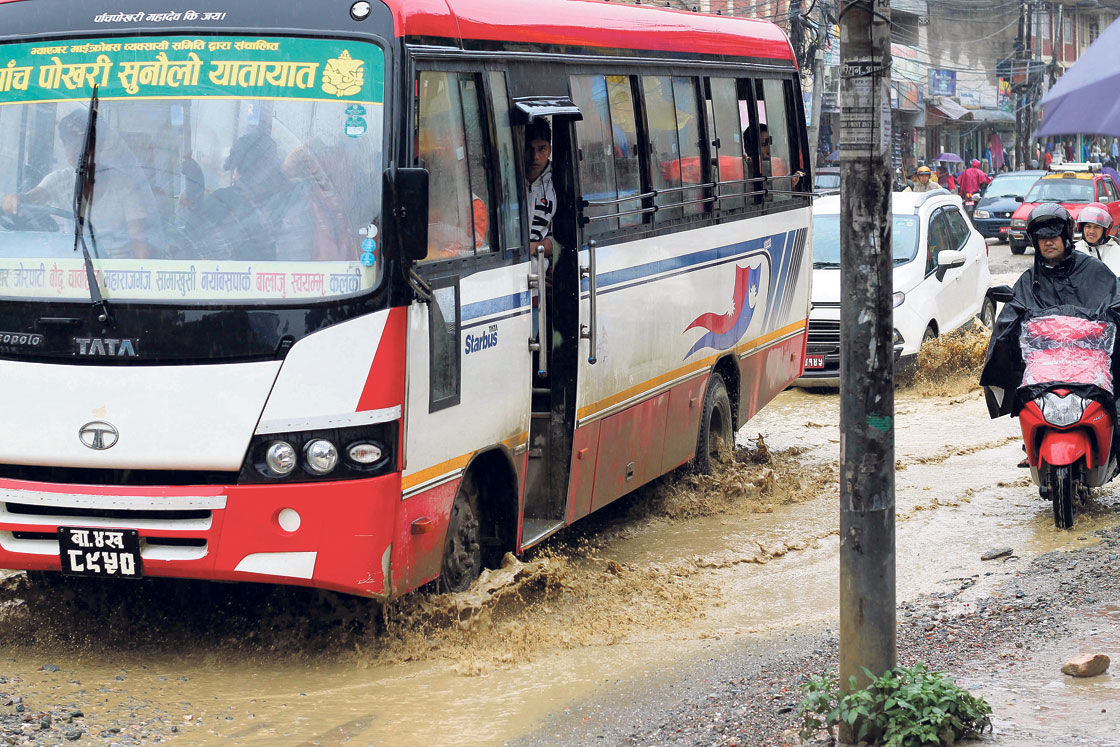 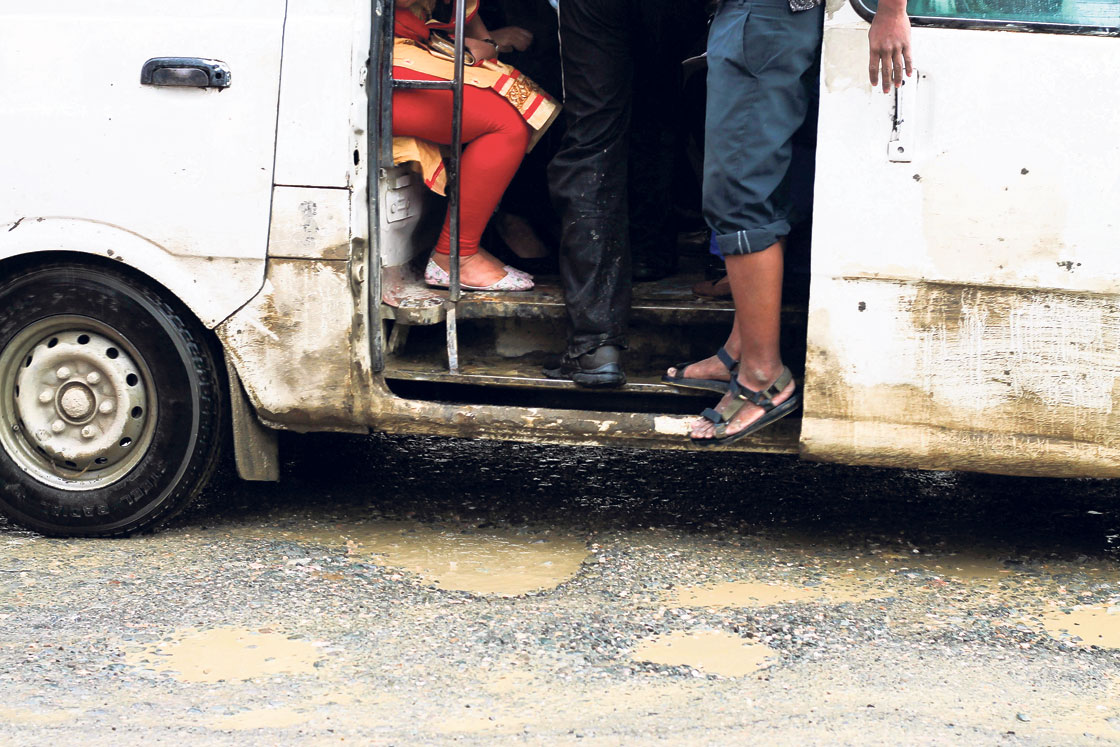