Nepal is rich in natural diversity. It will be unfortunate for us if we are not able to utilize its full potential in sustainable ways to develop socioeconomic condition of places abundant with natural diversity. Two such important destinations blessed by nature are Pokhara and Chitwan.

Though they are popular tourist destinations and are supporting Nepal's tourism sector, there is still much to do to get the full perks from the natural wonders that have been bestowed upon these areas. While Chitwan is awaiting a proper plan to mitigate wildlife-human conflict, Pokhara is awaiting development of a rare rock garden.

Addressing wildlife issues in Chitwan
Nothing comes without a price, and Chitwan being the home of several species of wildlife, locals sometimes have to face adversity due to the wild animals. Local bodies of Chitwan have been showing their concern towards the conservation of wildlife while also protecting the locals who suffer from wild animals. A talk program was organized in Chitwan National Park in this regard on the occasion of the 23rd wildlife week, on Friday.

On the occasion, Krishna Bhurtel, Member of Province number 3, Chitwan said: “Chitwan will lose its importance if its wildlife is gone. And to sustain wildlife, the conflict between the wildlife and locals should be minimized. It’s time to develop an action plan for the same.” He vowed to shorten the lengthy process of getting the relief fund to the wildlife victims.

Narayan Ban, Mayor of Ratnanagar Municipality, said: “We should always love animals. We should eliminate the conflict between human and animals to improve the welfare of animals. Likewise, according to Bed Kumar Dhakal, Chief Protection Office of Chitwan National Park, “Coordination among the authorities has made the conservation work easier.”

On the occasion, eight rangers of the national park were felicitated for their contribution in wildlife preservation. Likewise, families of six persons who died or were injured due to attack of wild animal were given compensation.

On the occasion, warden Dhakal claimed: “We are focusing on protecting the wildlife with all our force. It has already been 377 days now that no rhino has been killed by the poachers. We are working hard to stop it completely.”

To control wildlife poaching, the national park is using a real time patrolling app in the smart phone, which can easily track the location of the patrolling team. It works even when there is no mobile network. As soon as it comes under the network coverage, it is automatically updated.
“Due to the advancements in the means of patrolling, we can easily reach our target. As GPS system is also installed in jeeps that are used for safari inside the national park, we can also track their location and timings."

Local representatives and conservationists did a survey of the park by jeep safari on Friday that started from Sauraha. They claimed having glimpses of a tiger, a leopard, rhinos, and deer.
According to bird specialist Tika Ram Giri who was part of the team, they had a chance to see a rare Bengal Tiger at Lamital, rhinos at Jarneli Post, and a leopard at Gaur Machan.
“It is a rare opportunity to see leopard inside the national park as they are 10 times endangered than tigers,” said Giri.

Mayor of Ratnanagar Municipality, Narayan Ban, confirmed seeing a tiger. "Conservation is necessary to protect these tigers for our coming generations,” he said.
On a normal tour, visitors can see animals such as bear, rhino, antelope, monkey, yellow monitor, wild boar, alligator (ghadiyal) and different species of birds inside the conservation area.

Rare rock garden in Pokhara
Pokhara has many natural gifts to attract tourists. Seti River is one of them, which runs through the city, cutting through rocks with its water current, forming beautiful waterfalls. Despite high prospects for tourism, Pokhara is still lagging behind in reaching its full potential due to lack of proper plan.

Rock garden situated at Shuklagandaki Municipality of Tanahun district, which is near Pokhara, is another possible tourist attraction of Pokhara that is yet to be developed.

“Tibetan refugees are residing in this area. But still we can develop this area into a tourist spot by relocating them, by implementing the river criterion. We have already received permission from the District Administration Office in this regard,” said Purna Kumar Shrestha, president of Shukla Gandaki Tourism Council.

He added: “We are planning to build around 700-foot-long pavement on both sides of this river, for which we need a fund of Rs 500,000. We have already made toilet and pavement on one side of the rock garden with two installments of budget that we got from the ministry of tourism and culture.”
“Premises of Dhor Barahi Temple and Rock Garden should also be developed into a bird watching center,” said Hemanta Dhakal, President of Pokhara Bird Committee. People can find different species of spiny babbler and vulture in this area, said Hamal.

In association with Nepal Mountaineering Association, tourism entrepreneurs of Pokhara had recently conducted a survey of this place. 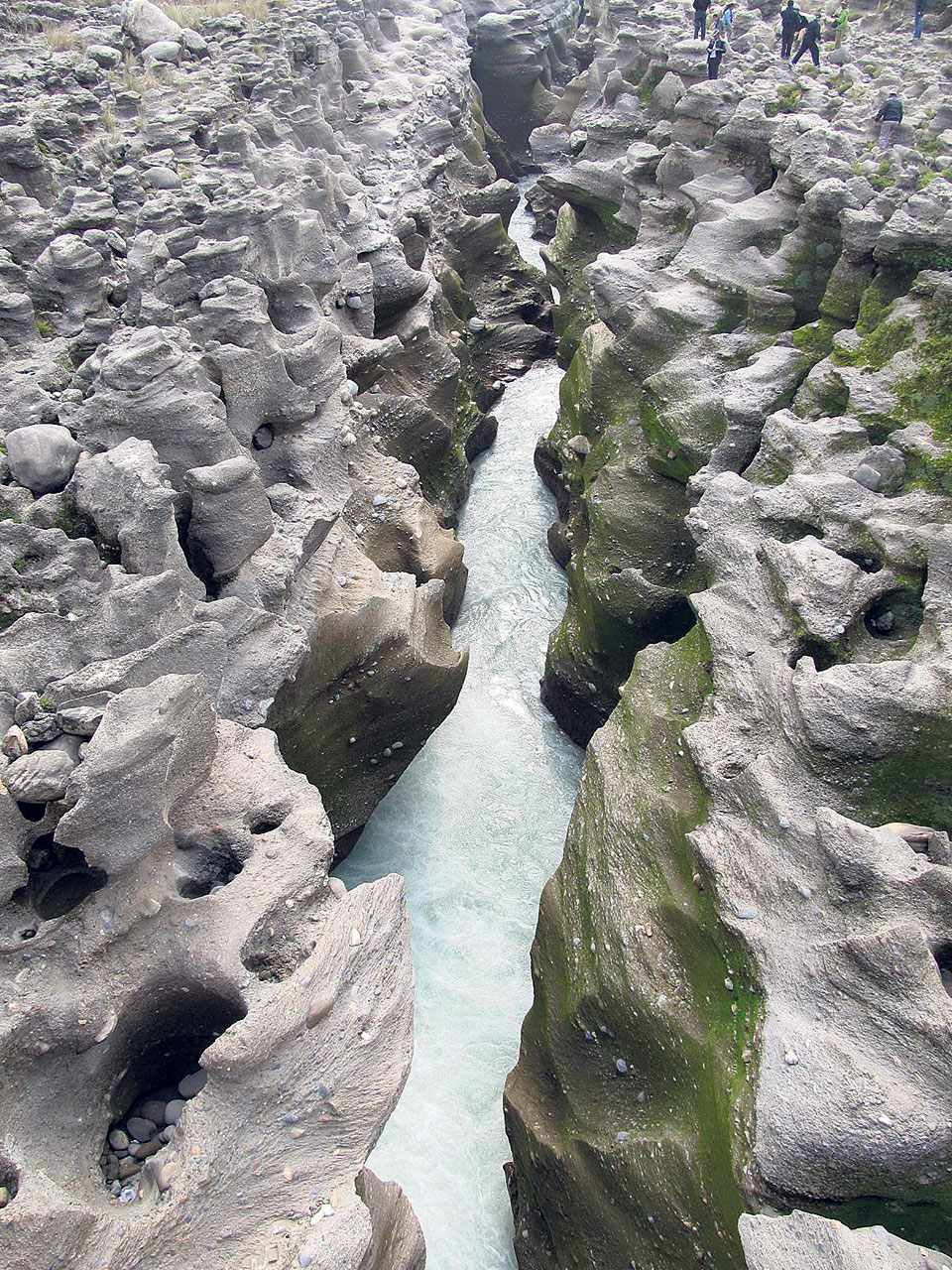