The house of the hindu guru

Art and culture dignify the social values of Kathmandu Valley. Each community exhibits unique qualities that present the artistic and cultural diversity of the valley. Bhaktapur’s Pujari Math is among many such exemplary architectures that show diversity amidst constricted geographical region. The construction is believed to have come in existence in the 15th century. Historians say that Pujari Math was constructed during Yakshya Malla’s regime in Bhaktapur.

The math is also the dwelling place of the Hindu priest, the mathadhis (residential priest in Math) who were allowed to build the building, which were also the center for education. Unlike the Buddhist monasteries, maths do not have specific rules while building them.

According to the book ‘The Traditional Architecture of the Kathmandu Valley: Wolfgang Korn’ the design of a math, its location, orientation and its internal planning correspond to that of a standard dwelling of Kathmandu Valley. It states: “The math is fully integrated into a terrace of houses along a street or overlooking an open space and may only be recognized by its superior wood carving and more extravagant decoration.”

Om Daubadel, culture expert explained, “Nepal was, and is prone to earthquake. The people living in the valley had build houses attached to each other surrounding a courtyard or square to minimize the damages during an earthquake. There are three courtyards in the Pujari Math, and in one of the square there is a Shiva Linga and in another, there is a well.”

In the past public buildings had stone taps or wells, or traditional reservoir in the courtyard. Monasteries had Chaityas and maths had Shiva Linga in the square. The three-storied Pujari Math, now the wood carving museum, is one of the best examples of the Newar architecture. It houses different types of wooden doors and windows, along with wooden sculpture and items collected from different parts of the country. Some of the masterpieces in the museum are the idols of Marbijaya (signifying Buddha’s victory while being enlightened), Vishwarupa, Arya Tara, Kuber, and Puja Devi, among others.

Further explaining the construction of Pujari Math situated at Tachapal tole, Purushottam Lochan Shrestha explained, “Pujari Math was established in the 15th century. The wealthy Mahanta (Sanyasi) from Mayurgadh, India, were brought to look after Pujari Math. They were also handed over the duties of performing rituals at Dattatreya Temple, next to the Pujari Math. That’s why Pujari Math is also known as Dattatreya Math.”

Another culture expert Om Daubadel confirmed that the first priest of the Pujari Math was Guru Bakshya Giri. A wooden idol portraying the guru is placed on the front window on the second floor of the building. He added, “The Pujari Math has three significant wood carvings -- Mayur Jhyal, Surya Jhyal and Singhkhawa on beam on the first floor of the building.” He further explained, “Guru Bakshya is credited for introducing Mayur Jhyal in Kathmandu Valley. Likewise, the Singhkhawa on the beam is not a regular Singhkhawa (Singh means lion and khawa means face in Nepal Bhasa). This beam has different facial features of creatures found on earth.”

Pujari Math was included as a part of National Art Museum (established in 2017 BS) in 2031 BS. The math, in the same year, was also presented to the then Crown Prince Birendra Bir Bikram Shah and his spouse Aishwarya Rajya Laxmi. It was after Guthi Sansthan took over the building in 2021 BS that the purpose of the building changed.

However, only the front facade of the building is used as the museum whereas some parts are still used by the descendant of Guru Bakshya. The ritualso started by the later descendants of the Guru are still practiced in a minimal manner.

About the changes and the challenges in Pujari Math and the museum Saraswati Singh, Chief of National Art Museum shared, “We have done the immediate restoration and renovation of Pujari Math after the 2015 Gorkha Earthquake. This building was proclaimed safe. The eastern wall having the Mayur Jhyal was damaged in the earthquake. It has already been restored. In the monsoon, the roof, and the terrace used to leak. This problem has been solved for now. However, we are in a state of limbo due to the change in the political scenario where discussions and debates are being conducted whether the museum should be under control of the municipality or the central body of the government.”

Meanwhile, the budget has also not arrived delaying in the plans of further renovation and restoration of the building. She said, “We are in the state where we can do nothing but just wait and watch for further administrative developments.”

The magnificent wood carving of the building signifies of the prosperous past, making it one of the most important infrastructures to collect further insights into the history of our country. 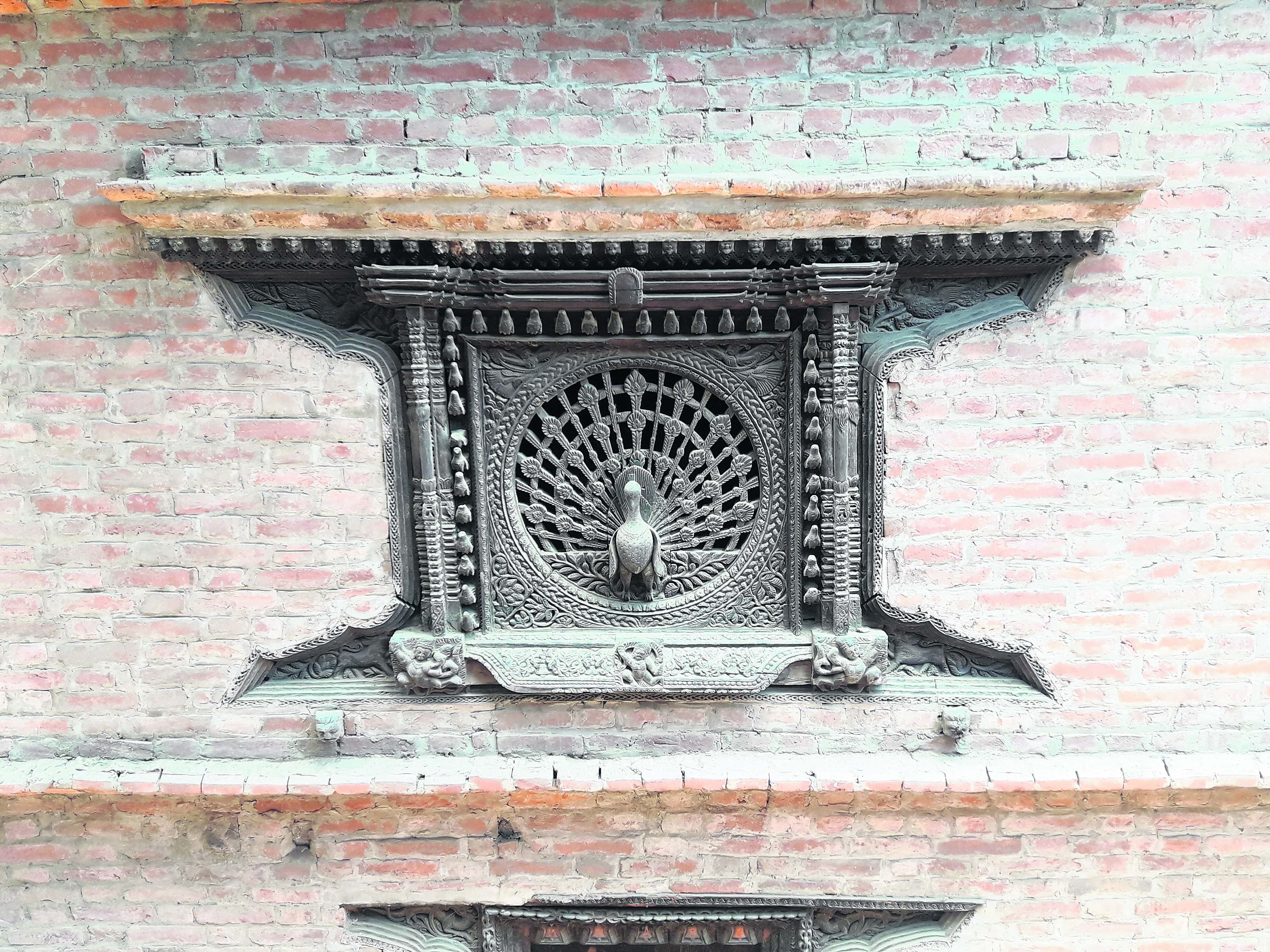