The beauty of Kalinchowk

KATHMANDU, Dec 12: “How far is Kalinchkowk? It’s too cold! Is there a cable car?” Yuko Saanu, a Japanese tourist asked while we were about to reach the Kuri Valley. Replying to his queries, tourism entrepreneur Rajuman Maharjan said, “The sky is clear. Kalinchkowk is on the top of the hill”. Saanu again asked, “When will  we get to see the mountains?” listening to his question, I quipped, “White snow has already melted from the himalayas, transforming the white Mountains into black rocks.” Reacting to my funny answer other members of the team laughed.

Chilled weather and strolling through hefty snow layers are the attractions of Kalinchowk. Besides, scenic view of different Mountain ranges including Gaurishankar and Dorje Legpa is another reason that allures tourists.

We decided to hike up to Kalinchowk instead of travelling on the cable car. The weather was extremely cold and the hills surrounding Kuri Valley were completely covered with white frost. It looked breathtaking. Despite being naturally blessed, the valley might soon lose its charm because of rapid commercialization. Communities in Kuri Valley are gradually being modernized. Mushrooming commercial hotels are the proof to this.

All of us were at the Ghyang hill, traveling on a Scorpio. I was sitting at the backseat with Dinesh, Raju and Yuko. I was capturing mountains in my camera. Traditional prayer wheels and small stupas were decorated with layers of clothes. We then could see the Gaurishankar Mountain illuminated in sunlight. The mountain got it name because of its shape of  Lord Shiv and Goddess Parbati. Japanese tourist, Saanu was delighted to see the mountain form so close.

The uphill trip was filled with an aroma of different herbs, plant and wild flowers like rhododendron, pine. The wind thickened the intensity of the aroma. Unexpectedly, we found a shop at the middle of the jungle. We kept on moving. After a while we found a stoned inscription. It enlightened on the founder and the budget of the trekking route. Ghyang hill-Kalinchowk trekking route was built under the initiation of Ranabhim Barrack of Nepal Army in collaboration with District Coordination Committee. It is mentioned in the inscription that the route was built on a budget of Rs 675,000.

According to a folk tale, there was a ‘Golden Tap’ right below the Kalinchowk Temple. Actually, the tap existed. But it was not made from gold.  However, the construction of cable car station ruined the tap premises.

Although most of the tourists could not see mountains because of fog and clouds,  we were lucky to see the mountain ranges. The sky was clear. The mountains, glimmering under the sun. Saanu was busy with her camera. We captured some memorable selfies. The Temple was swarmed with devotees and visitors. Arrival of Central District Officer created a special environment.

The sanitation of temple premises is maintained by Kalinchowk Kuri Youth Club. The temple is situated atop a hill which is surrounded by slanting lands from all sides. There is no pinnacle in the temple. However, the temple is one of the famous religious and tourism destinations of the district and thousands of pilgrims visit the temple.

Hotel booming in Kuri
A total of 40 small and large scale hotels are operating in Kuri. Billions have been invested to constructing the hotels. According to the owner of Salleri Guest House, Gopal Tamang, it takes a minimum of Rs 6 million to start a hotel in Kuri.  Tamang further added, “The craze of triangular shaped hotel is increasing.

The costs of rooms vary depending on the season. According to Tamang, they have been offering packages that include Campfire, lodging, dinner and breakfast for more then Rs 1,000.
Nowadays, rooms can be pre-booked on Fridays and Saturdays.  The owner of AMP hotel, Ramesh

Tamang said that people are booking via telephone too. 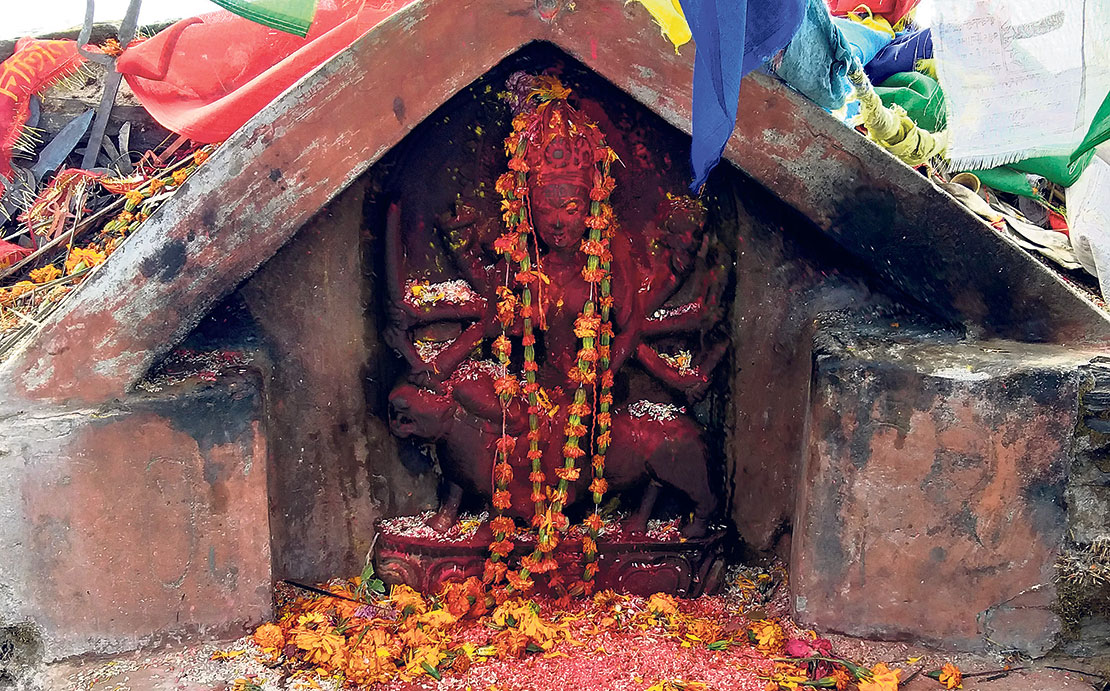 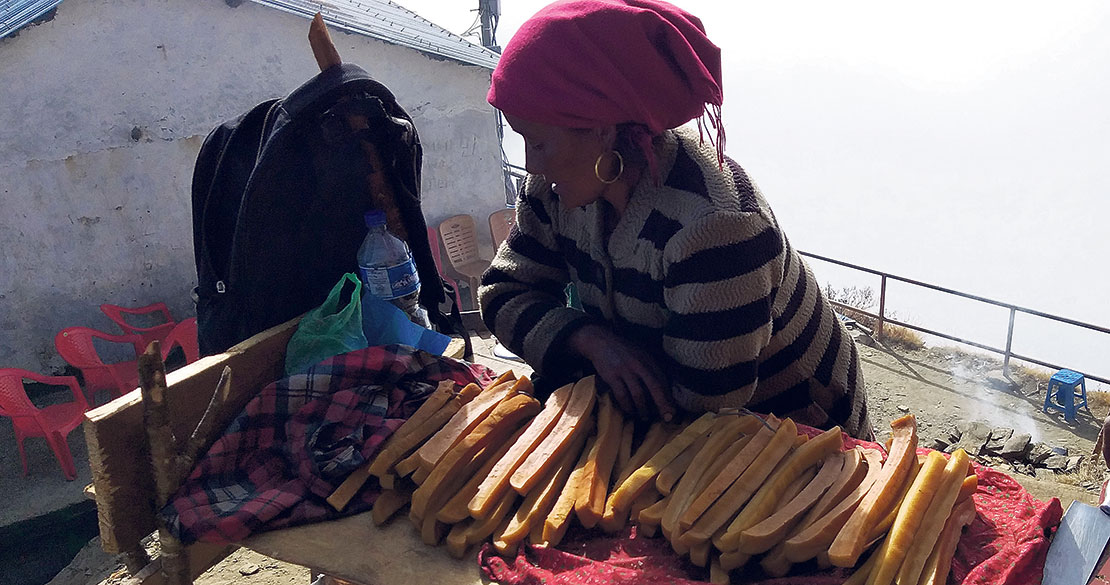