Artist Subas Tamang has an average Nepali height; a man in his early 30’s who completed his Master’s in Fine Arts in Printmaking. On Sunday, he was seen donning a dark blue shirt and a gray trouser; and on his right shoulder hung a black tote bag. Subas has a calm face, yet his eyes give away a vibe, as if something is bothering him.

Nevertheless, since the display of his first solo exhibition titled ‘Kaaiten: History, Memory, Identity’, which began on 10 September at Siddhartha Art Gallery, Baber Mahal Revisited; he is seen explaining about his artworks, again and again to each curious visitor without a hint of exhaustion.
After a tour around the gallery, it feels as if that bothering in his eyes are being reflected in his artworks; the trouble and the hassle faced by the Tamang community-- an indigenous group of Nepal. The artworks reflect the community’s history, how they lost their identity and individuality due to the exploitation and oppression by the state authorities of Nepal.

“History shows that the strategic subjugation of the Tamangs started with the state classification of Tamang as ‘masinya matwali’ (enslavable alcohol drinker) under the ‘Muluki Ain’ of 1854 CE by Prime Minister Jung Bahadur Rana. The Rana rulers exploited the labor of Tamangs as ‘bhariya’ (porters), jhara (serving the Mukhiya/chief) and rakam (tax Corvée, etc) without any compensation,” shares Subas.

“Even recent social studies materials for the civil service commission portrays the Tamangs as a poor and illiterate ethnic group willing to sell their daughters and daughters-in-law and are ready for being subjugated and bonded labor just for a good meal,” he adds.

These facts can bother anyone whose forefathers had to go through it and in the present, too, if you simply could not find any documentation about your community. His exhibition, thus, is a tribute to the people in his community who have been fighting with the rulers and state authorities of Nepal against exploitation and oppression. 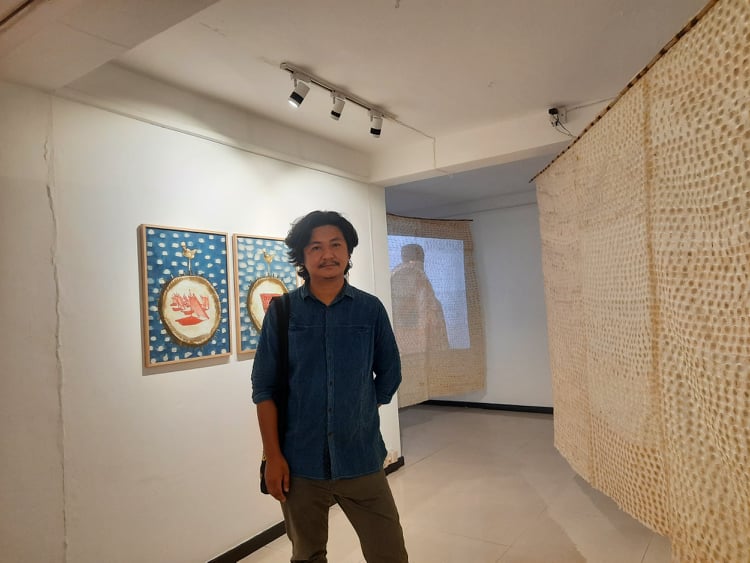 His artworks in the exhibition are his way of archiving the history of the Tamang community. He says, “Tamang community does not have proper written documentation of history and it only has oral history. The documented form is also necessary as it provides proof and evidence.”
He realized the same when he painted a portrait of Timal Raja when he was studying at Bachelor's level. According to him, the portrait became the reference for understanding Timal Raja which made him realize how art can play a significant role in documentation.

The exhibition features a total of 25 artworks using mediums such as etching aquatint, woodcut, drawing, and stone carving on slate, which took him more than two years to complete. He is the recipient of ‘The Himalayan Light Scholarship Award’.

About the award, he shares, “This kind of award is necessary for an artist to explore his creativity freely, and it has helped me delve into my history and document it in the form of my artworks.”

The exhibition continues till Tuesday. 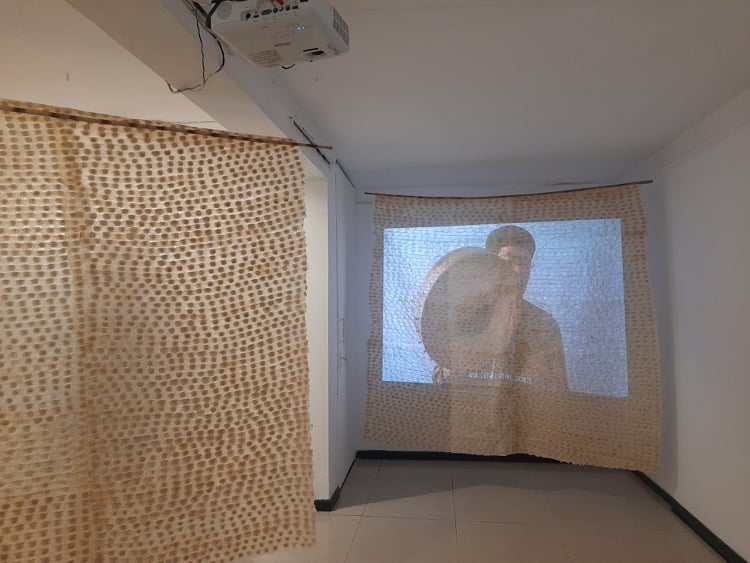