Swotantra is for friends and family: Mukti Shakya

Mukti and Revival is not a new name if you are an avid music fan. The band is in the music scene for 3 decades. Since its formation, the band has released five albums including ‘Kalanki Jo Jam’, ‘Bujhai Deu’, ‘Dekhdai Chu Ma’, ‘Sadhai Bhari’ and recently, ‘Swotantra’.  Despite their discography, the band is mostly known for iconic shows inside and outside the nation.

Mukti and Revival released ‘Swotantra’ at Patan Museum, Patan on May 25. To know more about their new album, MyCity caught the legendary Mukti Shakya at his residence. The frontman of MNR says he will do music until his last breath. “I am a rock and roll person,” he adds.

What drew the band to make ‘Swotantra’ in the first place?
All credit to our fans, friends and most importantly, family. They are the main reason for the new album. We wanted to make something good for them.

What is ‘Swotantra’ trying to tell? Why is it unique?
‘Swotantra’ is all about a “Thank you” album to the fans followed by social satire. It shares the current situation of the country and its people. I often ask myself about our freedom. We all are birds in a big cage. These birds think they are free, as they all live in the big cage. But, real freedom is in living in the open.

To be honest, we are really tired of making satirical albums. We did the first three albums with social messages. And in the fourth album ‘Sadhai Bhari’, we tried to do things differently, hardly touching the social aspects. That album went well with the audience though. However, people have considered “making satirical albums” as our trademark. We really couldn’t disagree with that. So, we made this record.

Following the release of ‘Sadhai Bhari’ in 2012, many didn’t expect it to take more than a half-decade for ‘Swotantra’. What took Mukti and Revival to come back with the new album after 7 years?
We never stop on contributing toward Nepali music as our time scale is releasing a record on every five years. However, ‘Swotantra’ took us 2 years more because of our touring factor.

After we released ‘Sadhai Bhari’ in 2012, we hit the road nationally and internationally for live shows. Then, we played in various places in Nepal and also in America, Australia and Europe. And in the last 2 years, we worked to make this record followed by some national and international live shows. We wanted to make this record unique, justifying the fact “something we are good at”.

Who wrote the songs? Do those convey any meanings?
I always write songs for the album as it’s one of my favorite things to do. Besides, I also feel giving the younger generation something they are good at. In this album, we have sung two songs that are written by the young lyricists.

Yes, the songs have different meanings. ‘Ma Timro Sathi’ explains friendship; ‘Basantapur’ shares the moment of hanging out with friends and family at that holy place all the songs are meaningful to us. However, it all gets connected to one thing: Freedom! 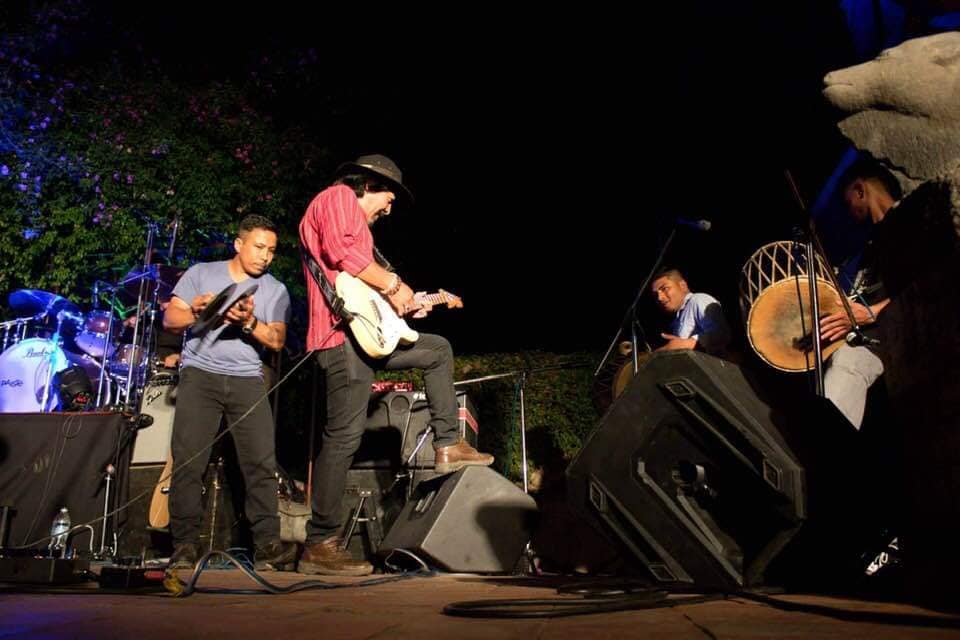 What’s up with using legendary names such as AC/DC and Bob Marley in 'Rocktok Chaina Swotantra'?
I am a rock and roll man because Rock genre is in me... Always! Anyway, it’s a song dedicated to every music legends including AC/DC and Bob Marley for their contribution toward the music. I mean I saw AC/DC live when I was in Europe. It was a time when Malcolm Young was alive and touring with his band. Seeing those rockstars playing was so amazing. It really blew me away.

The band could have chosen any time to release this album. Why did you choose 2019?
Let me tell you that 2019 is a year of rock and roll in Nepal. Some people might not believe, but it is. Many Nepali bands are releasing or have released their album this year. Our brothers’ band, Shree 3 and The Shadows ‘Nepal’ released their album this year, Monkey Temple is back with their new record and ASM is releasing their album soon. So, it’s a great time for rock and roll in Nepal.

Any expectations from the album?
Speaking honestly, I just want to tour.

So, any tour plans?
Well, we will hit Nepal roads first. International gigs might come in the way.

(‘Swotantra’ is available on YouTube. Soon, the fans will also be able to download and stream the tracks from iTunes, Spotify and various other music services.)