NAWALPARASI, Jan 27: Most people yearn to come out from their monotonous and routine lives, but only a few get on their feet to actually escape from the monotony and head for an adventurous voyage. Because when you travel, you not only witness geographical changes but also experience various cultures, traditions and lifestyles. Indeed, as Saint Augustine said it, “The world is a book, and those who do not travel read only a page.”

Of late, Nepalis have started to travel within the country during their holidays. The breathtaking view of the Himalayas, hilly areas for trekking and river-based adventure sports are the main attractions for domestic as well as international tourists whenever they visit different places of Nepal. However, many might not know that wildlife tourism is also thriving in Nepal. A recent media trip organized by the Temple Tiger Green Jungle — a resort located in the buffer zone of Amaltari Ghat, Nawalparasi, was an initiative to spread awareness about wildlife tourism in Nepal.

The warm hospitality by Nawalparasi residents is sure to pull you back to the place. Based on the trip, here are a few activities that you can indulge in whenever you visit Nawalparasi.

Tharu cultural dance
When visiting the southern plains of Nepal, one must experience the traditional Tharu dance to have a glimpse of the unity in diversity that exists in the country. The indigenous Tharu community, though rich in culture, usually do not get much attention by the tourists. But their majestic traditional dance is usually one of the main attractions at any tourist hotspot in tarai. The bhajayati dance (performed with long sticks) and thakera dance (performed with short sticks) can be rejuvenating when you’ve had a long day.

Boat riding on Narayani River
A boat ride organized by the Temple Tiger on Narayani River was one of the most adventurous experiences during the trip. The flow of one of the deepest rivers of Nepal while watching gharial crocodiles will take to an adrenaline-fueled voyage. Similarly, the sighting of migratory birds can be as relaxing as a meditation session.

Jeep safari at Chitwan National Park
Only lucky ones get to see tigers during their safari rides. But don’t worry that your ride would be worthless because you can always count on seeing barking deer, spotted deer, one-horn rhino, peacock and wild boar among other wild animals. Wildlife expert and Operational Manager of Temple Tiger, Ambika Prasad Parajuli, had briefed us about different wildlife, flora and fauna at the Chitwan National Park.

Elephant riding
Though elephant riding is a part of fun and games when you are visiting various national parks as well as conservatories in the country, the sport is often times considered as against animal right. Some even argue that it is cruelty against the tuskers that they are harshly trained to act in certain ways. Executive Chairperson Of Temple Tiger Group, Basanta Raj Mishra, held a table discussion about whether elephant riding is against animal rights or not.

According to Mishra, if elephant rides are banned in Nepal, the move will hit the tourism industry hard. He added, “Moreover, if elephant riding is banned, the tamers, elephant riders as well as other people assigned to take care of elephants will lose their jobs. However, keeping elephants is also an expensive task. It costs about Rs 50,000 per month to sustain an elephant and a mahout,” shared Mishra. He added, “In comparison to other countries, we don’t use elephants for circus or other activities. And during the rainy season, jeeps aren’t useful for a safari ride due to muddy roads. So elephant ride is a suitable option in the context of Nepal.” 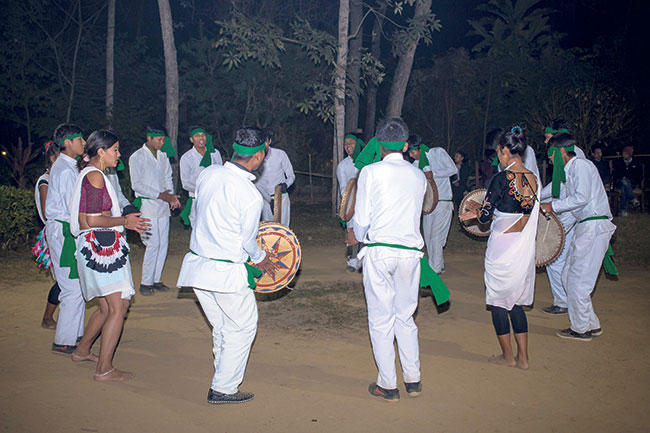 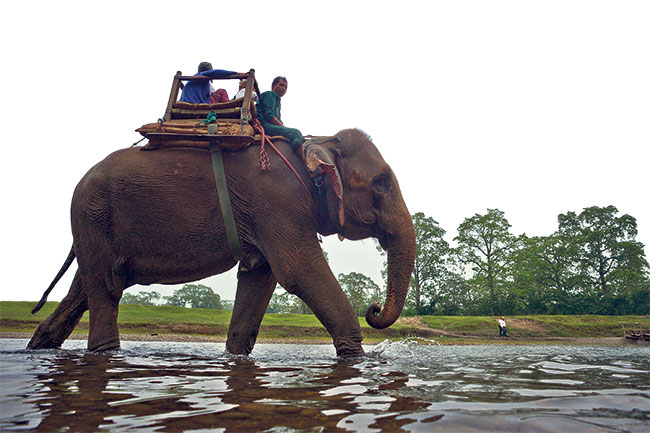 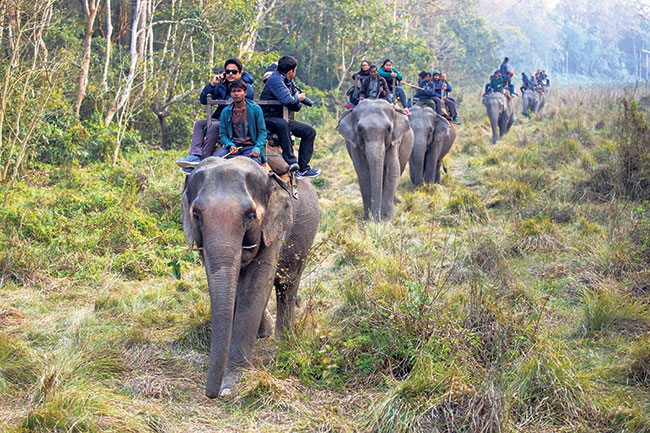