Bob Odenkirk says he had a small heart attack, will be back

Stars returned to looks in color on the Golden Globes carpet

Fashion, albeit a tad underwhelming, returned to the Golden Globes on Sunday in shades of green, red, yellow and sparkly gold after last year’s show of #MeToo solidarity that turned the carpet black. And then there was Lady Gaga, a work of voluminous periwinkle from head to toe.

Gaga, always fearless fashion-wise, wore couture Valentino with a blue-tinged up-do to match and a drop-dead gorgeous Tiffany diamond necklace. While bare at the shoulders, the gown included a wide train and two bulbous poofs just above the elbows.

Claire Foy had slightly less luck with yellow than Brosnahan in a gown with a starburst sparkle design. It swallowed her up and could have used an extra tailoring session or two.

The guys were a mix as well. Nominee Darren Criss wore a Dior jacket with small pink petals on black. Idris Elba, otherwise known as People’s Sexiest Man Alive and dad of Golden Globes ambassador Isan, went tieless but was stunning nonetheless in a jade green tuxedo jacket and vest. Rami Malek, nominated for his Freddie Mercury in “Bohemian Rhapsody,” went for an off-white bowtie with his black tux by Givenchy.

Elsie Fisher, the 15-year-old star of “Eighth Grade,” was perfect young Hollywood in a belted red velvet suit by Kenzo, her hair in a back bun. Fellow youngster Timothee Chalamet dressed entirely in black from Louis Vuitton, including a custom embroidered, skeletal-like bib over a black shirt.

Oh led things off in an Old Hollywood bob, styled to one side, and red lip. Her gown had an asymmetrical neckline as she posed with her evening’s hosting partner, Andy Samberg, and a couple of her “Killing Eve” co-stars. She stacked diamond bracelets on her left wrist.

Alison Brie went ethereal in a barely blue custom Vera Wang. It was sheer but edgy with a black bralette underneath. In gold: Lucy Boynton of “Bohemian Rhapsody” in all-over sparkle, loose long sleeves and a plunging neckline as she posed with boyfriend Malek. Kristin Cavallari was in a more revealing gold look that had sheer bits and long sleeves that fell, oddly, well over both hands.

Also in custom Calvin Klein was Lupita Nyong’o of “Black Panther.” It was strapless blue with loose embellishment that shimmied. While the sparkle and statement gowns were definitely alive and well, Elisabeth Moss went in another direction, a short dress with a flattering tuxedo-style neck. So did Julia Roberts, dressed in a black-trouser look with a midriff top and matching piece that fell from her hips to the ground in back. It was Stella McCartney.

Many of the looks were middling and, sadly, that included Emma Stone in a custom embroidered looking by Louis Vuitton. Long sleeves. High neck. In a blush pink and volume below the waist that did her no favors. 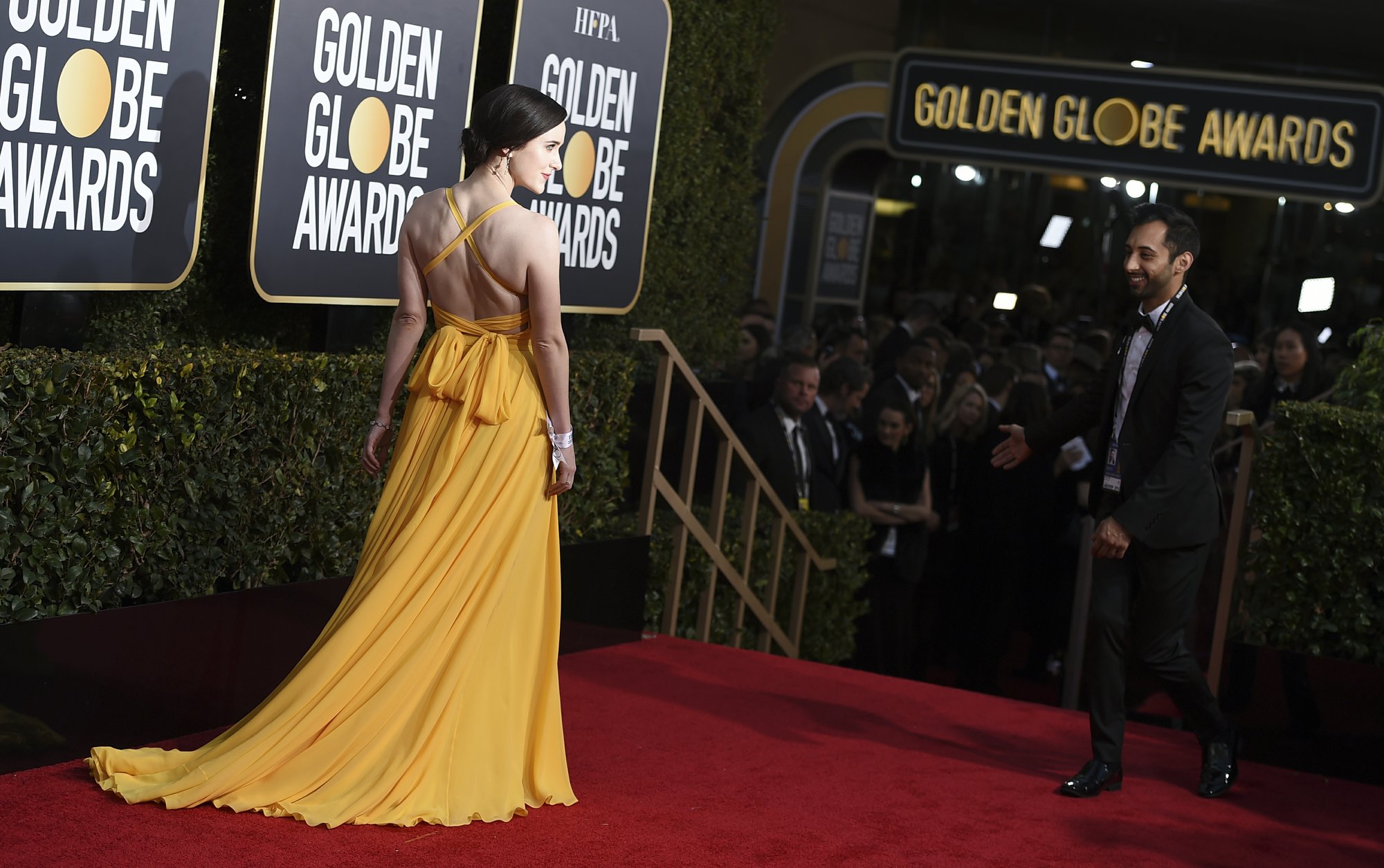 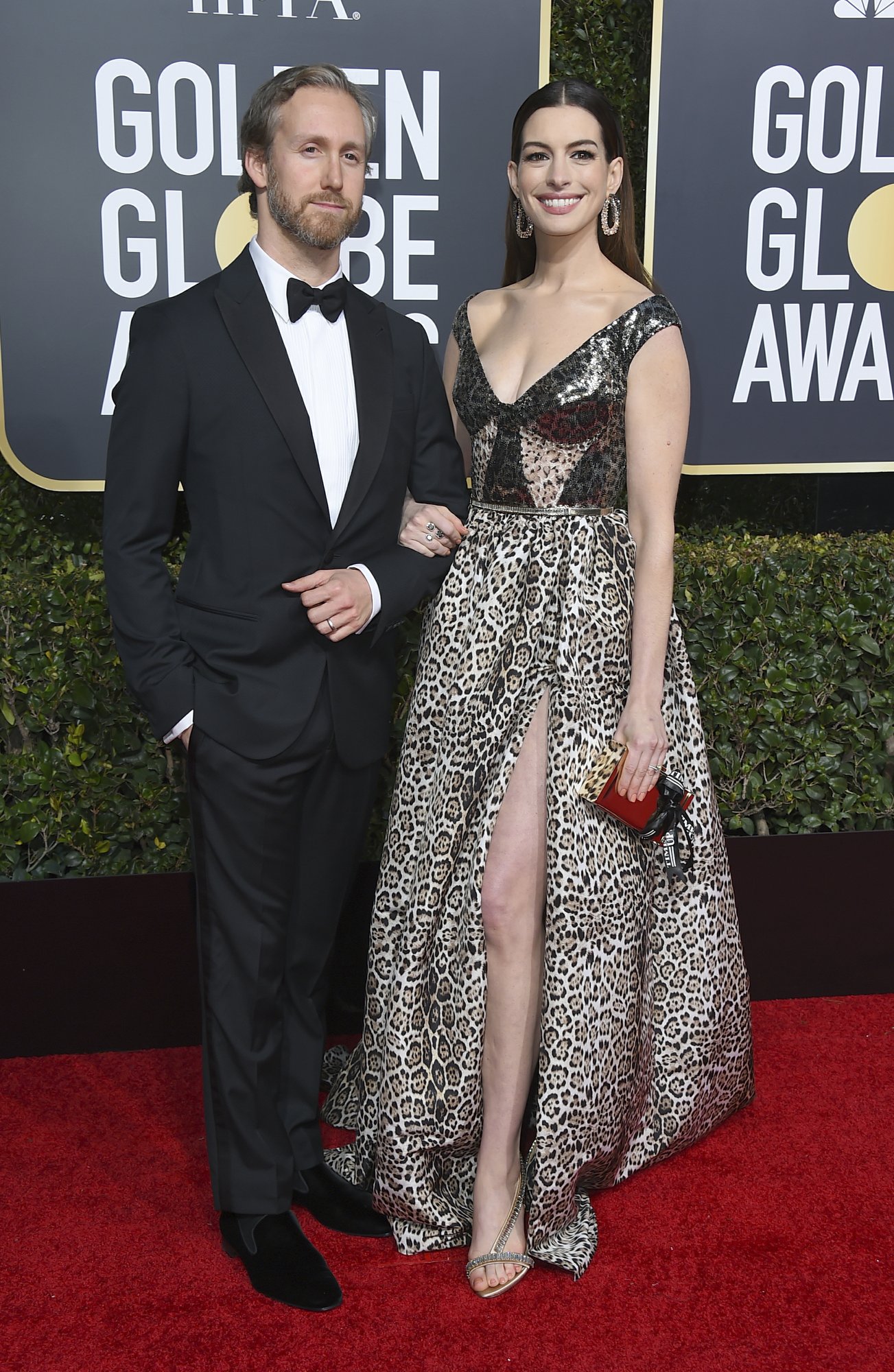 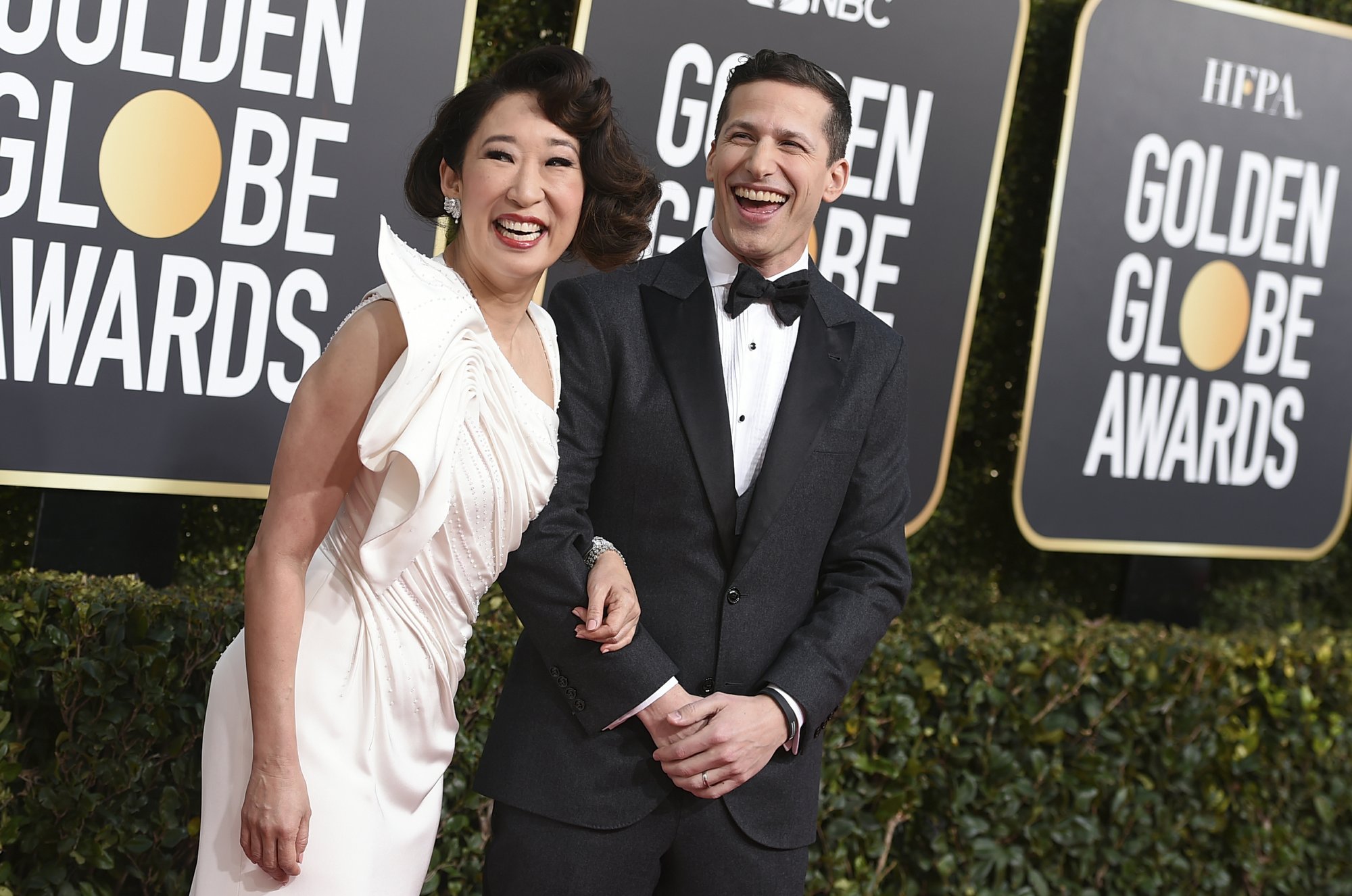