Spas are seeing more men, a less-is-more approach for guests

Spa visits and the money they generate reached record highs last year in the US with $18.3 billion in revenue driven by 190 million pampering trips, according to the International Spa Association.

The leading industry group for spa professionals recently held its 25th annual event for media to show off trends and services among its 2,300 members. Garrett Mersberger, the association’s board chairman, broke down a few highlights for The Associated Press:

LESS MAY BE MORE, AFTER ALL

Some spas have been slimming back the services they offer as they focus more on customization, said Mersberger, who is also the director of sales, marketing and spa for Blue Harbor Resort in Sheboygan, Wisconsin.

“The idea is to reduce that menu to make it all about the individual guest at that exact moment in time,” he said. “When I book, I don’t want to have to cruise through 50 different services. I want to pick one easily, and when I get there, I want it to be all about me at that moment.”

A one-size-fits-all menu of facials, massages and other treatments doesn’t lend itself as easily to different skin types and ingredient preferences, or even seasonal changes between the time of a booking 30 or 60 days out to arrival, Mersberger said.

The Mandarin Oriental group, he said, has “gone down to just one focused massage and one focused facial to really make it about customization. We’re trying to do a similar thing at Blue Harbor,” Mersberger said.

A MARCH OF MEN

“We’re seeing a lot more men going to spas,” Mersberger said. “It used to always be a female-driven thing. We’re now seeing 50-50, if not swinging more toward the males.”

The trend took off as long ago as 2017, when the association reported 49 percent of spa customers were men, up from 29 percent in 2005.

“They’re much more aware that it’s not just a thing I go to to get pampered. It’s an actual lifestyle choice with benefits to my body, to my wellness. It’s part of my routine now. It’s not just about going for relaxation,” Mersberger said.

“Spas are really having to evolve to accommodate that male spa goer,” she said. “Typically, your back of house for males would be smaller because historically it’s been very heavy female. Now they’re having to shift that.”

A lot of hotels and spas are designing unisex bathrooms and locker rooms, Mersberger said. Women are usually fine with it, McNees said. They’re no longer dragging reluctant spouses to spas.

“We’re seeing a lot of groups and parties and different special events in the spa with both men and women,” she said.

Spas are often looking to skin treatments and other services using ingredients and traditions native to their regions. Aspira Spa at The Osthoff Resort on Elkhart Lake, Wisconsin, is introducing an 80-minute service, Dohi, which is a collection of Native American healing traditions. It includes percussion music amplified from under massage tables so clients can feel the vibrations, said Lola Roeh, the general manager. It also includes a cornmeal back scrub. At the end, negative energy is chased away through burning sage, sweet grass or local wood.

“Our area is steeped in Native American history and we really pay reverence to that in the spa,” Roeh said. The Edgewater Spa at Madison’s Place in Madison, Wisconsin, pairs local craft beer and cider tastings with spa services in summer months. For instance, a strawberry rhubarb dermafoliant, mask and serum combination is coupled with a beer with the same notes. The beer is for drinking.

In Hershey, Pennsylvania, MeltSpa by Hershey offers — you guessed it — an array of treatments that include cocoa and dark chocolate, from facials to body wraps. A company called Circadia by Dr. Pugliese created a chocolate-and-marshmallow-whip facial offered at MeltSpa. “People are trying to get creative. They want to be different. They don’t want to be just another spa,” Mersberger said.

“It’s gotten even smarter,” Mersberger said of tech in spas. CellFit has brought technology called Endospheres Therapy from Italy to the U.S. to tackle lifting, toning and tightening all over the body using non-invasive hand-held devices that deliver micro-vibrations to muscles through cylinders fitted with 55 rotating spheres. The company is shopping the technology around at the moment.

Charging stations at manicure and pedicure areas are on the rise, allowing for customers to use their own playlists during treatments. “Nothing stresses a Millennial out more than taking their phone away,” McNees said. “The whole idea is to be able to relax, so it’s really about thinking about customization. What’s going to make you comfortable?”

Kohler Waters Spas, with locations in Chicago; Kohler and Green Bay, Wisconsin; and St. Andrews, Scotland, recently launched virtual reality headsets for guided meditations. The experience offers the choice of music alone or voice and visuals during mani-pedis that include scenes of mountain lakes, beaches, waterfalls, clouds and the night sky. Kohler is looking into expanding virtual reality to massages and other treatments.

“It’s the ultimate state of relaxation,” Mersberger said. The idea, said Nikki Miller of Kohler, is to allow clients to block out the hustle-bustle of the spa. “Typically the expectation is maybe you have to carry on a conversation, or it gets loud in there. We were trying to find something to get people deeper into those treatments,” she said.

The Spa at the Woodstock Inn & Resort in Woodstock, Vermont, honors bees with an exfoliating whipped honey scrub, followed by a honey moisturizing wrap. Honey is incorporated into other treatments as well. Surrounded by the Green Mountains, the hotel grows produce on a small organic farm that attracts bees. A pollinator garden is used to teach guests about bees, including severe dangers they now face. “Our legacy is sustainability, conservation,” said Michelle Adams Somerville, director of spa and wellness.

The rustic experience also includes community meals using the property’s harvests, and culinary classes. At the luxury Carillon Miami Wellness Resort in Miami Beach, the spa warms beds of pink Himalayan salt for guests on massage tables. It also has floatation beds and incorporates global massage traditions from China, Turkey and the Mediterranean. 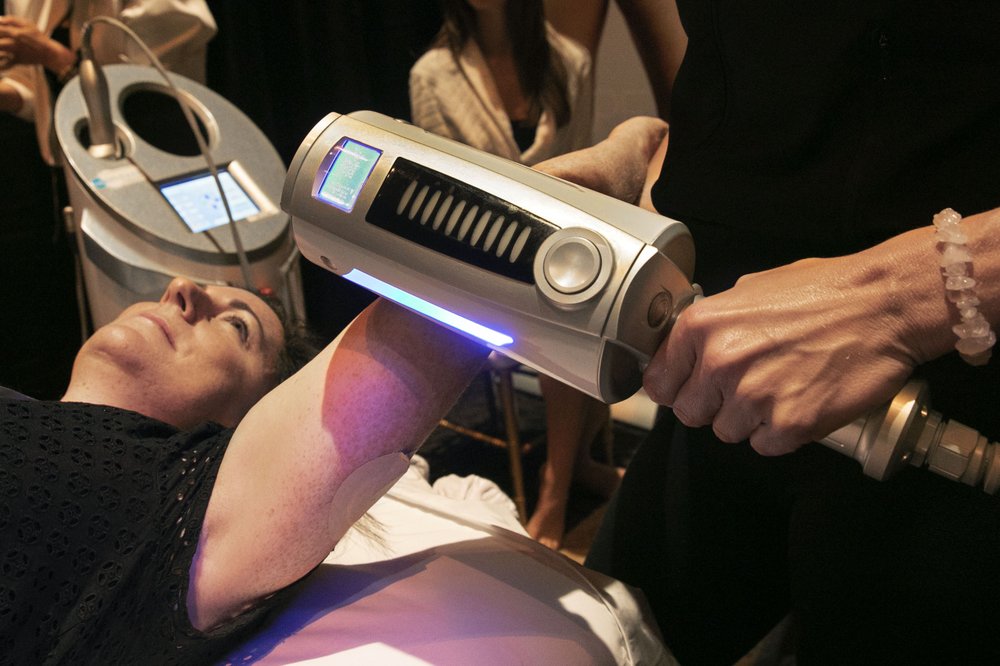 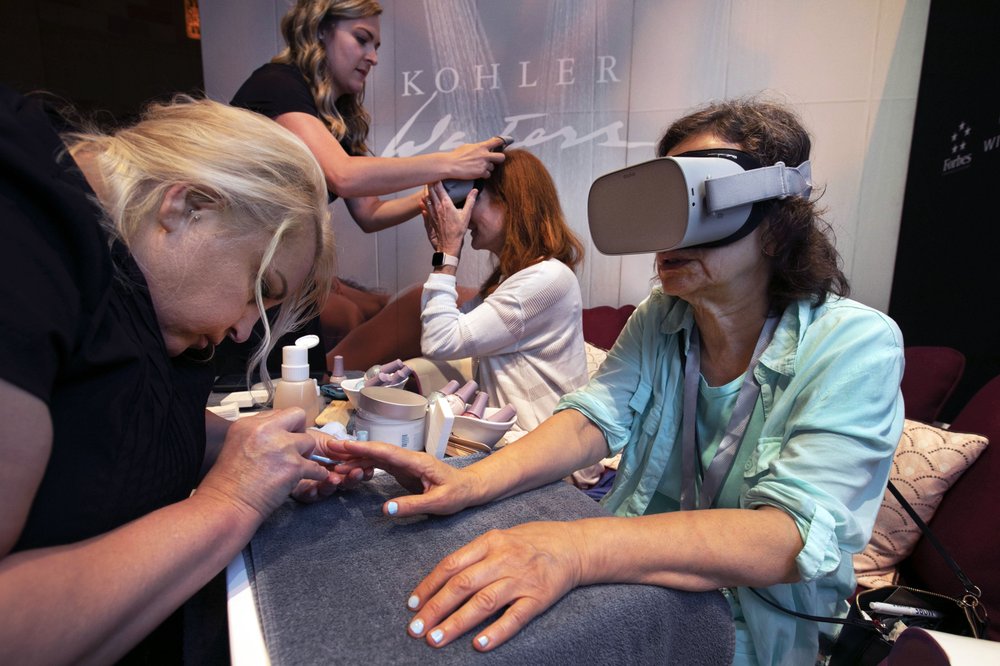 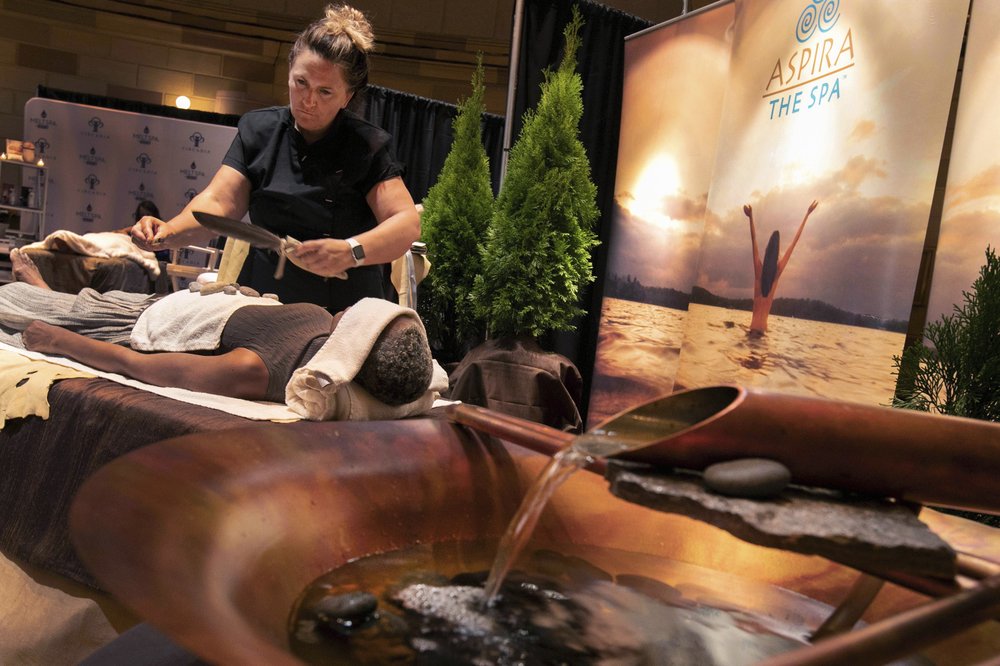