International Institute of fashion Technology (IIFT) Nepal organized a fashion event titled ‘Dress to Impress’ at the premises of Amrapali Banquet on Tuesday. More than 71 students from the institution participated in the competition. They were adorned in designer’s dresses like fitted gown and Lehenga. The event was directed by famous choreographer Bipana Thapa. 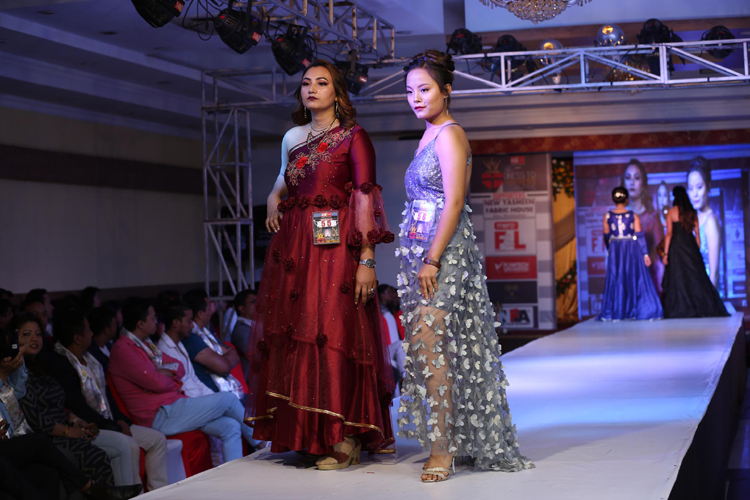