Miss Nepal World 2018, Shrinkhala Khatiwada successfully scaled Mont Blanc, the highest peak in Western Europe on July 23. She raised the flags of Nepal and France on the peak.

As the Goodwill Ambassador for the 70th anniversary of Nepal-France diplomatic relations, Khatiwada reached the summit. She was accompanied by two Nepali filmmakers – Sisan Baniya and Prajwal Thapa Magar. Legendary skier and alpinist, Anselme Baud guided their expedition.

The French Embassy in Nepal organized the expedition to climb Mont Blanc to celebrate 70 years of friendship and diplomatic relationship between the two countries. 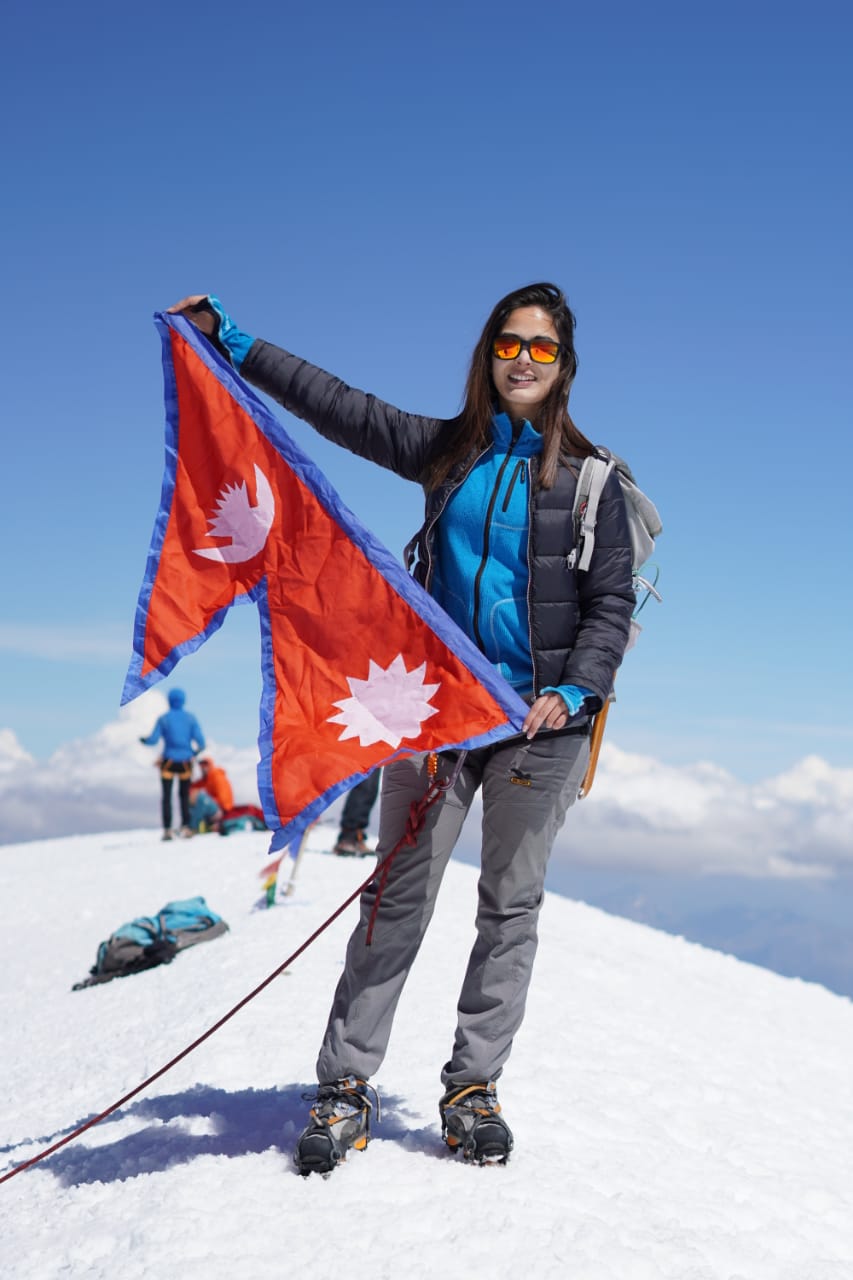 According to a press statement released by French Embassy in Kathmandu, the summit was also the occasion to recognize the role played by the French city of Chamonix (located at the bottom of Mont Blanc), ENSA (French National School of Ski and Alpinism) and the "mountain community" of Chamonix toward strengthening the people to people relation between the two countries in the domain of mountaineering.

After the climb of Mont Blanc, Khatiwada is joining as the guest of honor at the second last stage of Tour de France (an annual men's multiple stage bicycle race primarily held in France) on July 27.