Nepalis, especially Hindu women, observe the month-long festival by worshiping the four-handed deity Swasthani who has chakra, trishul, sword and lotus in each hand, and recite the Swasthani Brata Katha (story) everyday.

The month-long story telling ritual is dedicated to goddess Swasthani and the stories revolve around lord Shiva as well as other gods. It is believed that goddess Swasthani helped goddess Sati overcome her troubles after she burnt herself at Dakhsya Prajapati’s Yagya, upon hearing her husband, Lord Shiva, being insulted.

It is believed that goddess Swasthani helped Sati Devi overcome her troubles, then to reincarnate and to get Lord Shiva as her husband again. During the Swasthani story, Hindu married women observe fast for the wellbeing of their husbands and unmarried women observe fast in order to get a good husband. Women wear red colored clothes and bangles during the one-month period as it is believed that red is a sign of good luck. Here are some glimpses of rituals performed by the devotees at the Bagmati River. 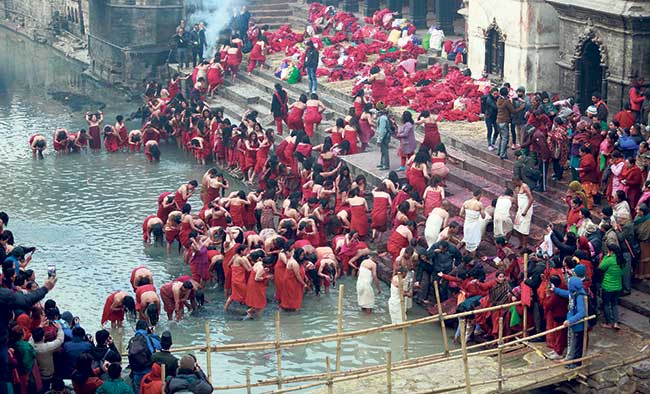 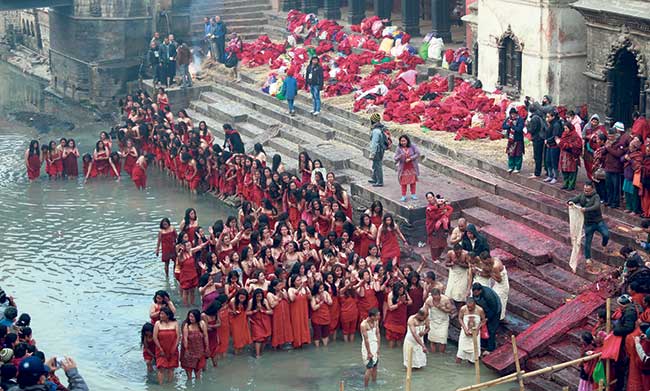 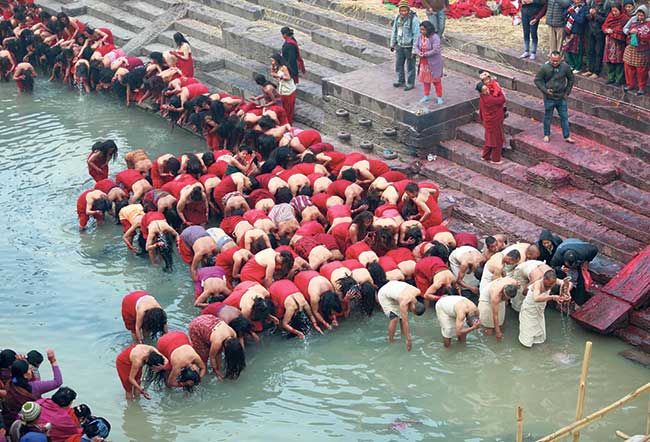