The judges  include veteran artist Govinda Dongol and TIA Nepal's President Khemraj Regmi. They selected the paintings of Uddav Raj Rimal, Krishna Lama and Sajan Hongogu as first, second and third where they bagged a cash prize of Rs 15,000, Rs 10,000 and Rs 5,000 respectively. Moreover, nine other artists won Rs 2,000 as a consolation prize in the competition.

In the winning painting by Uddab, the painting has a man in the center. He is  wearing a green checked suit and a red tie, and  lying down on the floor in a relaxed mood. He has a tongue like a chameleon that is holding money. Then he is surrounded withvarious things.

On top of this man, there are eight Nepali styled piggy banks. Three of them are broken and the money have been taken out. On his right are square-framed paintings  having different kinds of masks. He can be seen holding a round vessel, which inludes an entire universe including airplane, money and more. Meanwhile, in front of him, there is a band with three musicians who are performing, and two white swans are swimming in the small pond.

In the painting, there is a rhythm in the use of motifs. The color combination is balanced making it aesthetically appealing. Though a number of things are simulataneously happening in the canvas, his skillful way to use positive and negative space has given a balance in the painting. This has led the viewers to get a clear picture of what the artist is trying to convey. 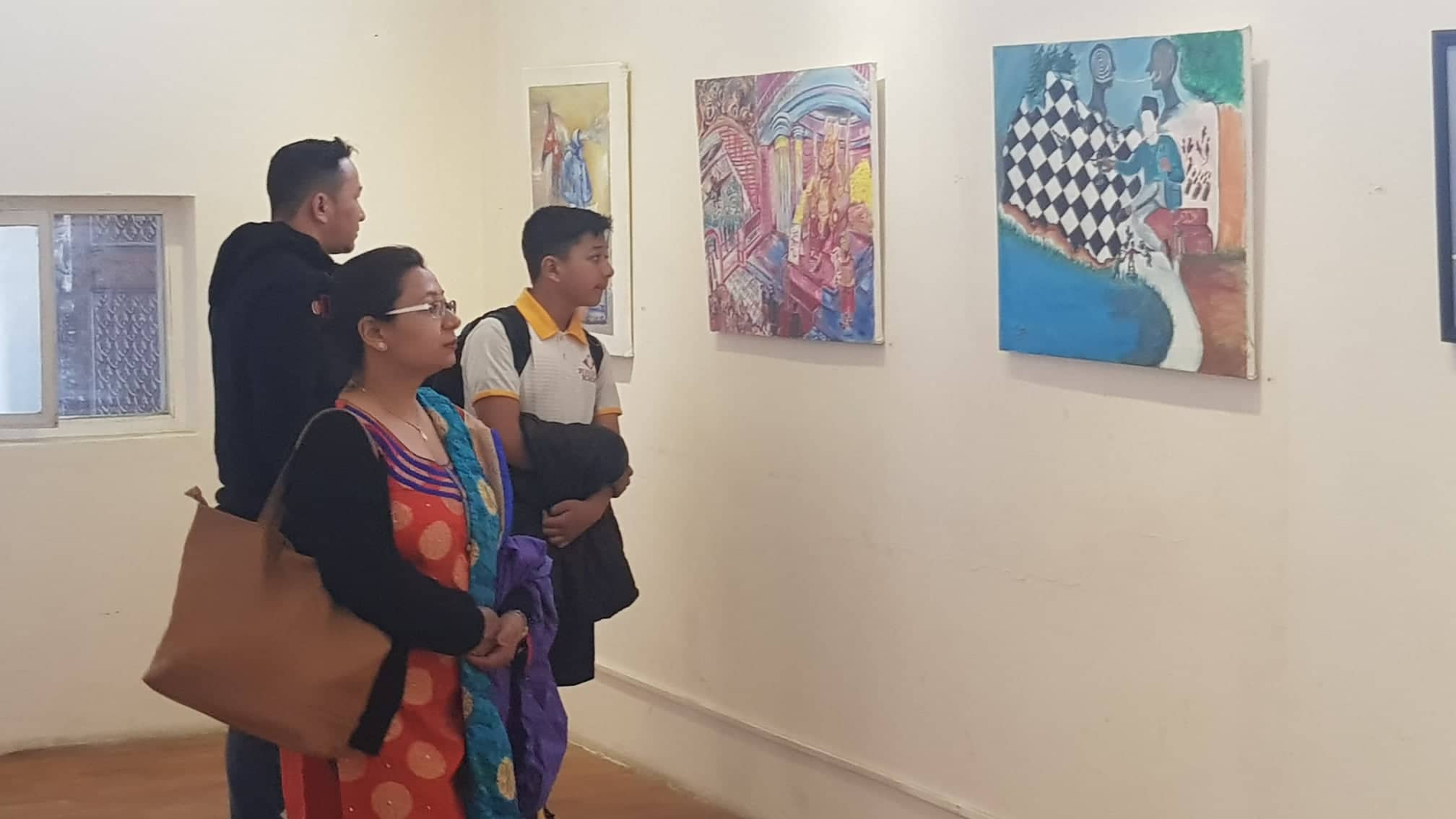