The realistic play penned by Surendra Berma, is related to ordinary people living a simple lifestyle. The play opens with a rehearsal of an amateur theater group. And Kumar is directing an Indian classical drama ‘Abhigyan Shakuntalam’ with unusual characters of life.

According to a press statement issued by Actor Studio, the play depicts the story where the theater group is looking out for an actress. In the play, Kanak emerges suddenly to help Kumar and the theater group. They come close to each other. Kanak performs as Shakuntala and Kumar as Dushyanta. Their love story is as real as that of Shakuntala and Dushyanta. When Shakuntala becomes pregnant in the play, Kanak becomes pregnant too. Dushyanta finds the lost ring in the play. So, will Kumar find the ring too? Well! To break this suspense you need to visit the Shilpee Theater .

It added that the ring of Shakuntala in the play, is the epitome of trust and desire. Prominent theater actors including Diya Maskey and Yubraj Ghimire are a part of the play.

The press statement has quoted Anup Baral, Artistic Director of Actors Studio saying, “I hope to see Suraj as a good director through this drama.”

He hopes that the drama will diffuse a unique flavor in the Nepali theater aura. He further expressed his best wishes to all members of the drama.

The play is slated to continue till December 22. 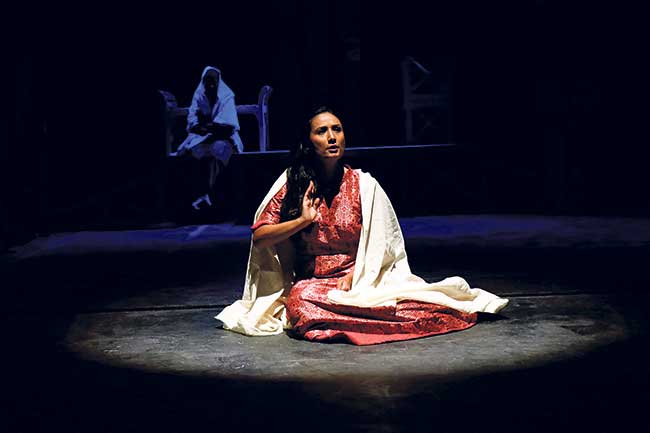