A group of young girls and boys who were clad in the white kit were practicing with swords at the covered hall of National Police Academy, Maharajgunj on Thursday. They all were national fencers—preparing for the upcoming South Asian Games (SAG) 2019 in the closed camp. Excitement and enthusiasm were clearly visible on their faces while practicing since the combat sport— fencing; is being included for the first time in 13th edition of SAG.

Payas Yonjan was one of them, who came first in the selection under men sabre event of fencing for SAG 2019. Originally from Dolkha, he is practicing fencing for the past five years. There is a saying that when one door closes, another opens. The same thing happened to Yonjan.

After graduating from high school in 2014, he wanted to join the British army but he could not pass through the selection round. “Joining in the British army was my first goal. But as I was rejected, there was nothing for me to do during my vacation,” Yonjan reminisced.

Then, through his friend, he came to know about this sport, which he found fascinating and added, “I was fascinated by this sport and I immediately enrolled myself.” 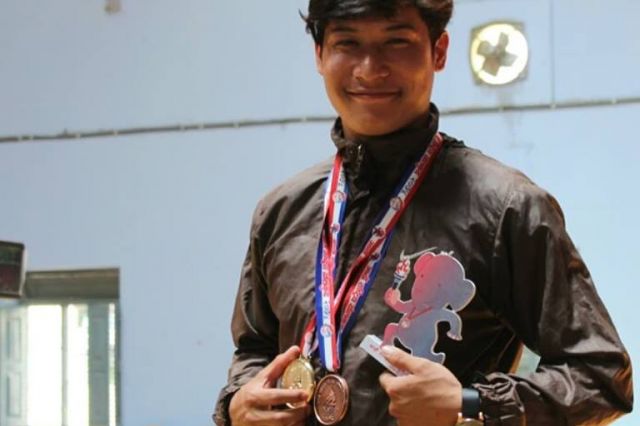 He professionally began his journey of fencing from the Seventh National Game in 2016. Nevertheless, he couldn’t win any medal at that time. As patience and hard-working always reward you, he sweated a lot and pushed himself to clinch the first-ever bronze in Eighth National Game in 2019. Also in the same game, he bagged gold in a team event. 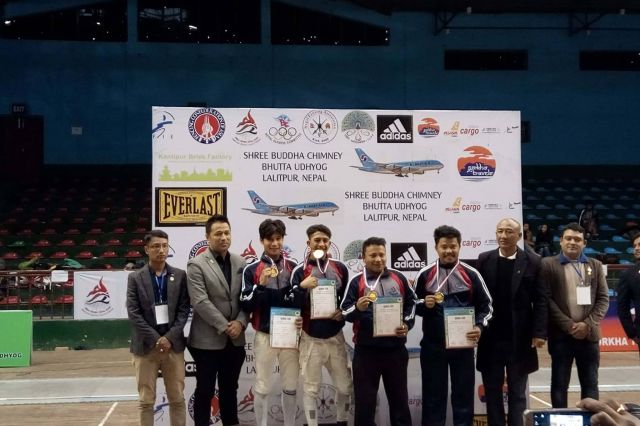 When you look at the history of fencing, it began from Egypt, which was only played by royal families. Then, French developed the game into the modern version that later appeared in modern Olympic for the first time in 1896.

However, fencing has a short history in Nepal. It came to existence only after the establishment of Nepal Fencing Association in 2010 says Yonjan. “After four years of its establishment, it was officially registered in National Sports Council,” he informed.

According to him, fencing is gradually booming in Nepal. He shared, “I am optimistic about Nepal getting international exposure if we perform well in upcoming SAG.”

Juggling between job, study, and fencing; yet dreaming for gold 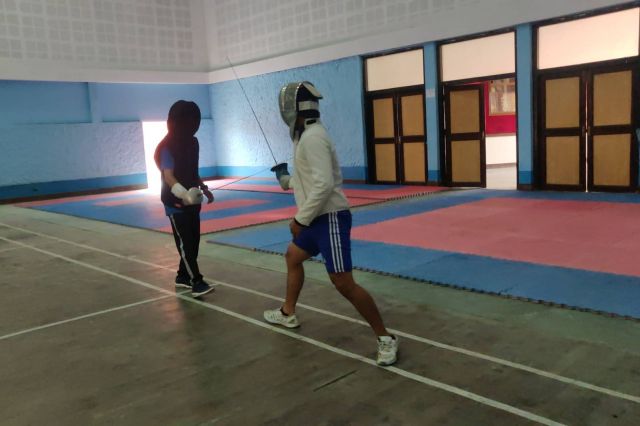 Throughout his five years period in fencing, he had struggled a lot between his job, study, and fencing.

Currently, he is devoting all his time preparing for upcoming SAG in a closed camp. Before he used to go to college in the morning then after his class, he directly goes to his day job which ends at 5 pm. Then, he rushes to his training center. “I’ve to go back to my normal days after SAG,” he lamented.

Moreover, in the upcoming SAG, he is planning to achieve gold for Nepal. According to him, India is Nepal’s tough opponent in comparison to other participating countries from the South Asian region.  He expressed, “It is hard but not impossible to win gold.”