The first picture from newlywed actor couple Rajkummar Rao and Patralekhaa’s wedding reception has arrived online, and it doesn’t feature a host of Bollywood celebrities, but Haryana Chief Minister Manohar Lal Khattar. The picture showed the couple posing with the CM, and was shared on his official social media accounts.

In the caption of the post, CM Khattar wrote in Hindi that he participated in the couple’s wedding celebrations in Chandigarh, and gave them his blessings. Rajkummar Rao and Patralekhaa, who’ve been together for over a decade and have co-starred in the film CityLights, announced their marriage with pictures of them as bride and groom posted online.

Rajkummar wrote in his post, “Finally after 11 years of love, romance, friendship and fun, I got married to my everything today, my soulmate, my best friend, my family. Today there is no greater happiness for me than being called your husband @patralekhaa. Here’s to forever .. and beyond.”

Patralekhaa shared a few more pictures and wrote, “I got married to my everything today; my boyfriend, my partner in crime, my family, my soulmate…My best friend for the last 11 years! There is no greater feeling than to be your wife! Here’s to our forever…”

Other pictures and videos from the wedding showed Rajkummar dancing to the song Dil Se, in front of a stage where the band was playing. He is joined by Patralekhaa as both dance together.

Rajkummar and Patralekhaa tied the knot in Chandigarh on Monday, in the presence of family and friends. She had said about their relationship in a Humans of Bombay post a few years ago, “It was magic. The kind of passion he had was powerful and I couldn’t respect him any more than I did then! We spoke about our work, love for cinema, passion… I saw him through his struggles, never giving up. How could we not fall for each other?” 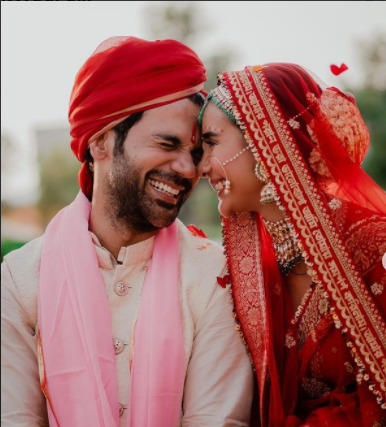 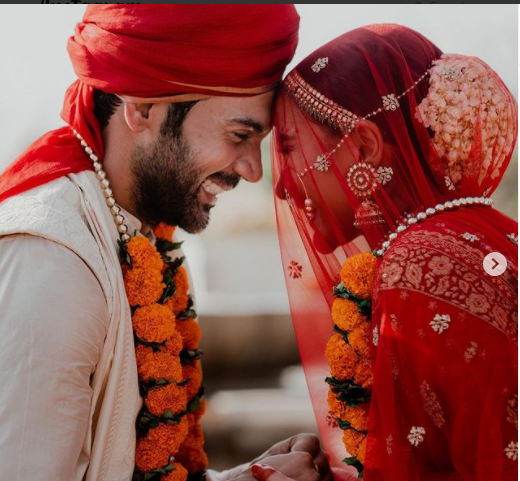