The Jonas Brothers' documentary, 'Chasing Happiness had its world premiere on Monday. For the premiere in London, the entire Jonas family was present. Nick Jonas walked the red carpet with his wife Priyanka Chopra and she looked amazing!
The 36-year-old stepped out in a hot black dress by Israel-based fashion designer, Galia Lahav. It was a sexy satin gown which featured a plunging v-neckline with mesh turtle-neck detailing and an asymmetrical hemline. It also had a sexy thigh-high slit with the mesh detailing. 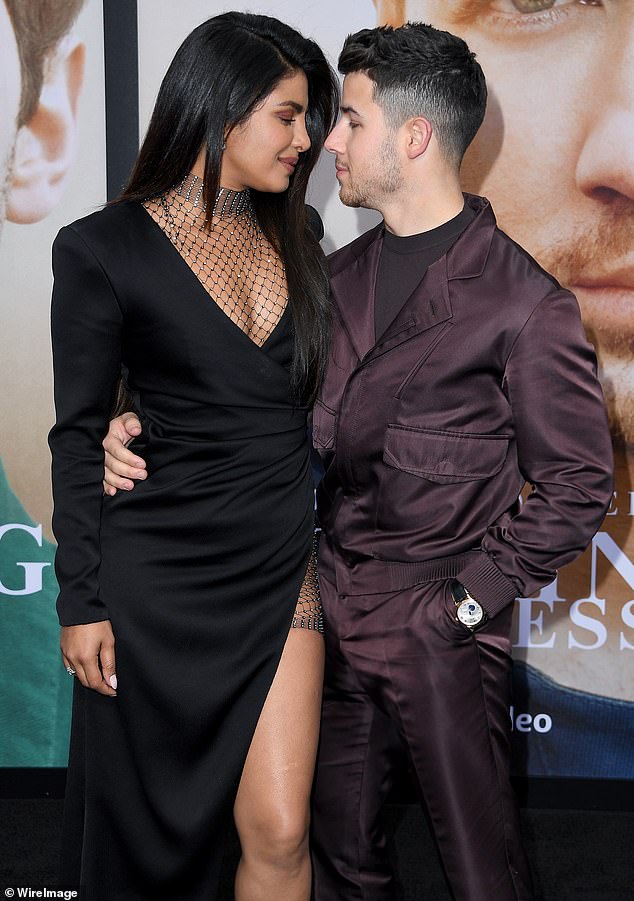 PeeCee rounded off the look with a pair of solitaire earrings and pointed black heels. Keeping her hair down, she went for straight locks with a side parting.

When it came to Nick, he complemented her black gown with a maroon coloured suit and looked dapper as usual.

Sophie Turner-Joe Jonas and Danielle Jonas-Kevin Jonas also made their couple appearance at the world premiere. The documentary is set to release in June and it gives a behind-the-scenes look at the life of Jonas Brothers and how they prepared their latest album after six long years.

Over 60 exhibits damaged at Berlin museums, motive a mystery