The exhibition is being held after a six-day workshop on etching and aquatint ‘The Monsoon Printmaking Workshop’, where artistes from multidisciplinary art background have come together to learn the basics of the fairly new printmaking form of art.

One can observe different themes being pursued in the exhibition. From highlighting the overdependence of modern-day individuals on tech gadgets to appreciating the beautiful cycle of life and death in nature, the participating artistes have touched all aspects that make people’s daily lives special.

Contrary to conventional exhibitions, not just the final products have been put on display. It also showcases the plates used by artistes, which usually are missing in any other exhibit.

This is the sixth workshop organized by Bindu, Space for Artists. Saurganga, said, “The workshop was a platform where artists could learn the basics of etching and aquatint techniques.” She also mentioned that workshops in etching were a fairly new concept in Nepal.

In sidelines of the event, Hyun Ju Kim, who headed the workshop for six days, recalled, “Of all the other countries I have travelled to, I found that the students here are most hard-working. I was inspired by their ideas and dedication to art.”

Kim remarked that she saw a good future of printmaking in Nepal.

Sangeeta Thapa, the curator of Siddhartha Gallery, remarked on how the printmaking workshop presented a variety of artistes that have the potential to make it big in the future. “I am already looking at certain artists that I would like to pick up for the next show.”

The exhibition that started on Sunday will conclude on July 21. 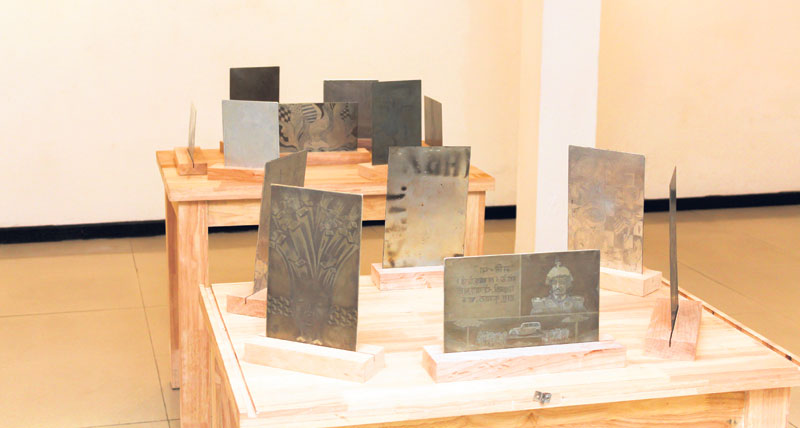