Panel discussions were held on a number of themes including innovation and technological entrepreneurship, emerging technology, and connecting talents to the world. While most participants attended the program through virtual means, those making a physical presence in the event had observed necessary health safety protocols.

Addressing the concluding sessions of the Conclave, former minister Ganesh Shah said all should now start seeing their future in start-up, innovation, and entrepreneurship. IT expert Manohar Bhattarai argued that although the government has made significant progress in terms of formulating necessary laws, the implementation of those laws remains weak. He also argued that it would be difficult for Nepal to see any meaningful progress if it did not give priority to the IT sector.

Executive Director of PBS, Laxman KC said they had organized the IT Career Conclave for the first time keeping in view of the prospects the IT sector carries in the coming years. KC announced that PBS, which has started offering IT courses affiliated to Westcliff University in the US from this academic session, will focus on producing qualified IT-related human resources and collaborate with IT industries in Nepal and abroad in the future. 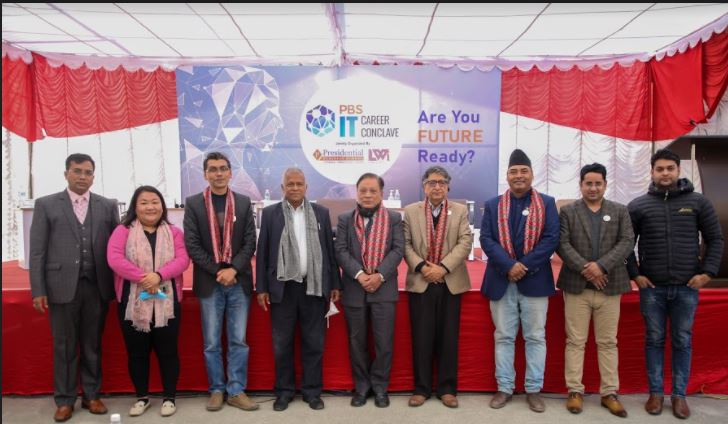