Different from the usual promotion on the radio, TV, newspaper and social media; local were seen riding their motorcycles flaunting stickers of the film. Others were even seen wearing t-shirts, carrying key rings with the film’s name while some even chose to razor the name of the film on their heads. Producer Santosh Sen shared his happiness that the film was gaining this kind of promotion. “I provided the t-shirt to Sudip Paudel, a local media-person, but other than that it was the work of the people.”

Sen added, “I believe promotion is necessary but more importantly the film needs to have content.” Prem Geet 2, a film populated by actors Pradeep Khadka and Ashlesha Thakuri in the lead, is currently in post-production.

The film has already launched two of its songs, and is set to release a teaser too. The team will soon be launching promotions of its own as well. 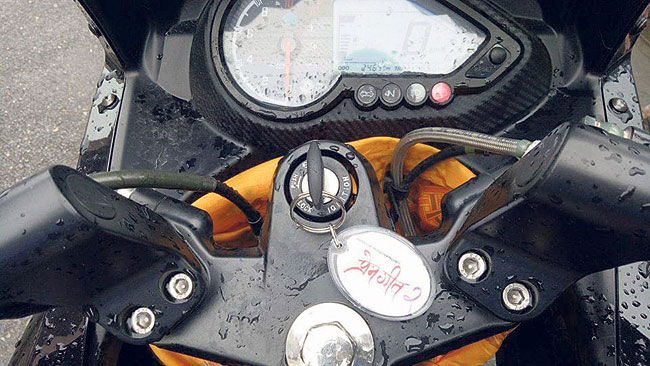