The temple dedicated to Lord Shiva lies in the center of Dorangba, Sunapati and Khand Devi village. During this festival the pilgrims also visit the temples of Goddess Durga Bhawani and Lord Bhimsen, on the way to Agleshwor Mahadevsthan.

The worshipping of Lord Shiva at this particular place is done only on Ekadashi. This festival is celebrated once in a year. The counting for the festive day begins from the last day of Tihar (Bhai Tika). And puja is also offered by the Priests as per the wish of the pilgrims.

It is said that many years ago, the locals who were shepherds began to lose their animals one by one. In search of their animals, one of them climbed up the huge stone where he witnessed a small gap in between the big rocks. Then he threw a coin from the gap that got in the source of water below. There, he saw a Shiva Linga and all the missing animals. And since then the Shiva Linga is known as Agleshwor Mahadevsthan.

Moreover, with the belief that cows or buffalos that do not provide milk would start giving milk after the owners offer milk and yogurt to Agleshwor Mahadev, people offer milk and yogurt during the festival. Meanwhile, devotees also offer Trishul and Ghanta (Bell) along with rice grains, vermillion powder and flowers if their wish has been fulfilled.

Married women, who do not have children, pay their visit at Agleshwor Mahadevsthan during the festival with a hope to get their wish fulfilled for having babies and take fast on this day. They do not consume salt in any forms in their meals during their fast.

Leather items are not allowed inside the temple premises. And Shamans also come from their home to perform rituals, clad in their traditional attire, dancing and performing their special rituals at three points of this shrine. The interesting thing about this event is one could also see female shamans. Not only women who wish for babies but devotees of Shiva too take fast on this day. As this event falls under Thulo Ekadashi, people do not eat rice or any form of cooked meal. Some people fast but eat fruits. People play musical instruments like Shyangro, Dhyangro, Sankha, Sanahi, and Karnal making the surrounding livelier during the Mela.

This is one of the special days when local women sing songs depicting their pain. The song is called ‘Phapari’. It is like singing ‘Dohori’ songs. As the day is a special occasion for both males and females, they enjoy by drinking alcohol, singing, dancing and participating in various other activities. 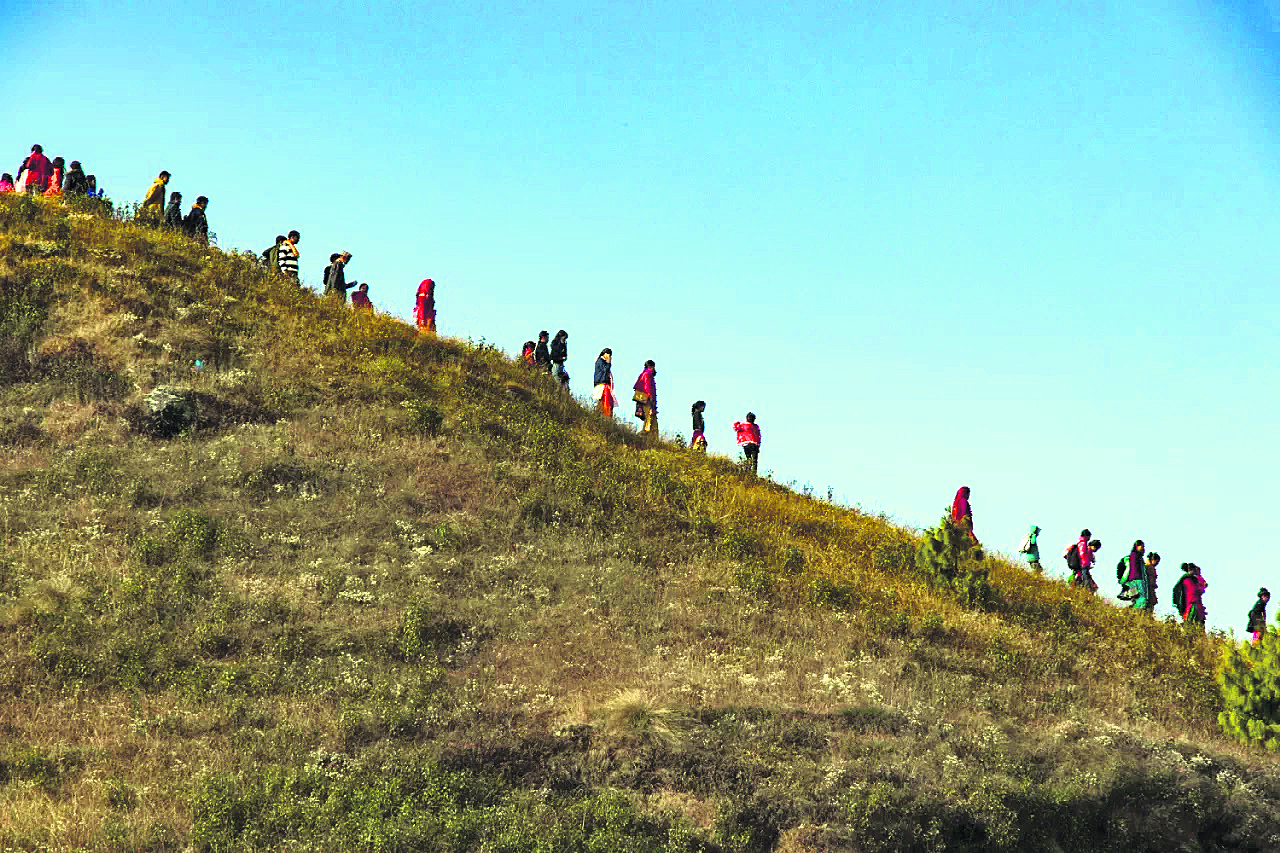