DHARAN, Feb 7: Adventure sport paragliding was successfully tested for first time at the under-construction premises of British Gorkha Simriti Park in Machamara Hill, Daran on Sunday.  The sport launch aims at fostering tourism in Dharan, while also conserving the glory of Gorkha soldiers.

The sport was launched with the initiation of Budhasubba Paragliding Pvt Ltd. Two tandems and 10 pilots hailed from Pokhara had flown over from the Machamara Hill and safely landed on the banks of Surdu River for the test, while local people had gathered there to witnessing the maiden paragliding flight.

According to Devendra Thegim, vice-chairperson of Extreme Dharan Park, the objective behind launching the sport was to make Dharan the new destination for adventurous sport tourism.

According to Budhasubba Paragliding Pvt Ltd, the take-off point for paragliding from the park is 685 meters. “Our only hope is to preserve the history of our ancestors,” said by Gajendra Espo.

Likewise, Lekhmani Jimi, chairperson of Extreme Dharan, said they were also planning to open a school for professional paragliding pilot courses in near future. “The Machamara Hill is suitable for both professional flight as well as training for students,” said Jimi. If we are able to open a school here, we will no longer need to visit Pokhara and Syangja for the sport.” 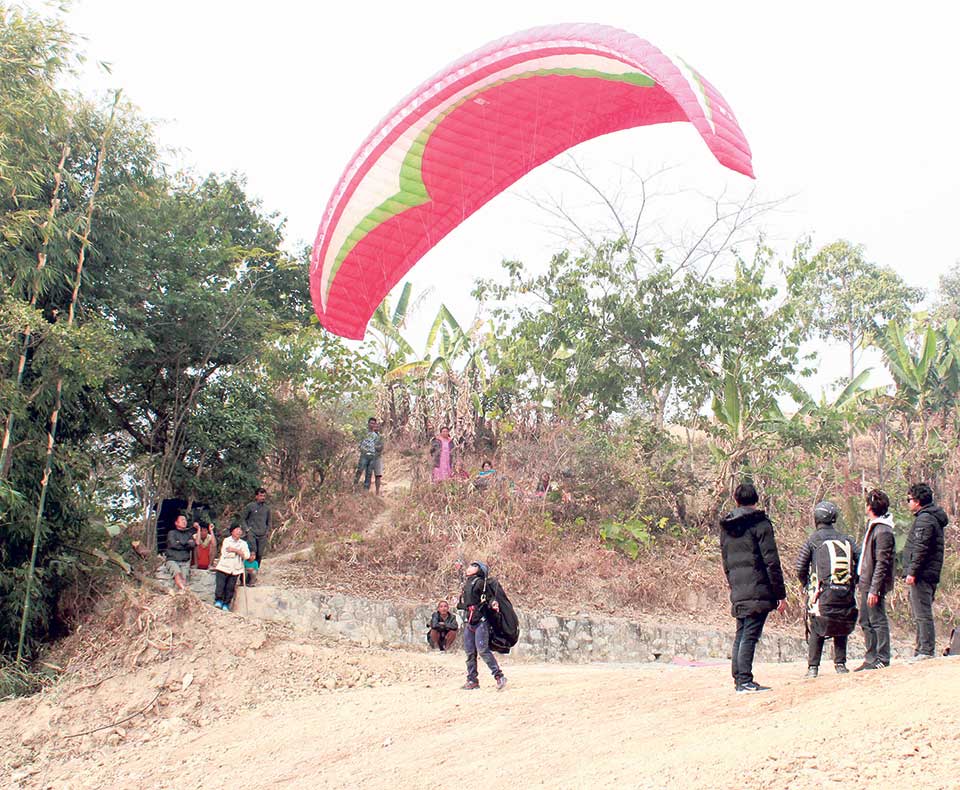