Every three years, pilgrims from different parts of Nepal, India and Bhutan visit Yashok of Panchthar for Trishali Puja, a famous festival observed in the eastern part of the country. The culture and heritage of the community settled on the banks of the blue-colored Tamur River are the major attractions of the festival, besides its religious importance.

The dates of the festival are always declared by the local community leaders. Exhibition of different cultures and customs, worshiping at different religious sites, and cultural programs are held during the festival. There is also a culture of scarifying animals at Kusayak Temple during this festival.
This time, May 7, 8, and 9 are being observed as the major days of the festival with the most important celebrations. One special Puja is being organized on the 7th. To mark this day, priests from different parts of the country have come to the place.

“To continue the tradition of organizing the fest and to make it successful, organizers are working really hard,” said coordinator of the organizing committee, Debendra Lawati. “Apart from Puja, different sport competitions, cultural events, and entertainment programs are being organized in the festival,” he added.

The beautiful Yashok Bazar is situated between two religious spots, Kumayak and Kusayak temples. These temples are renovated and decorated for the festival as people from far and wide come to visit here. Due to the huge number of visitors, Yashok Bazar becomes quite crowded during the festival.

The place is known for its natural beauty and people can also enjoy the beautiful scenery of rhododendron flower during this season. This place is equally important in terms of history,” Lawati said.  To mark the festival, Ranigupha Committee, a committee of locals, is organizing second audition of Kumayak gold cup football from Thursday. A-division players of the country are participating in this competition.

“Thousands of people will visit the festival so to entertain them, different local cultures including dhan naach and chyabrung naach will be showcased,” Lawati said. Not only visiting pilgrims, local youths also equally enjoy the festival due to the sports and other events. People from Panchthar, Ilam, Taplejung, Terhathum, and other district of Nepal visit the festival. Local entrepreneurs look forward to the festival as the flow of tourists promotes their business.

The Trishali Puja is called ‘Tangsumg Tangnaam’ in Limbu language. It is believed that tradition of celebrating this festival started in the ninth century. Worshipping of the gods is followed by feasts during the festival. “Different events are organized to make this festival remarkable,” Lawati said. Locals are also hoping to promote tourism and culture of this area through this festival. 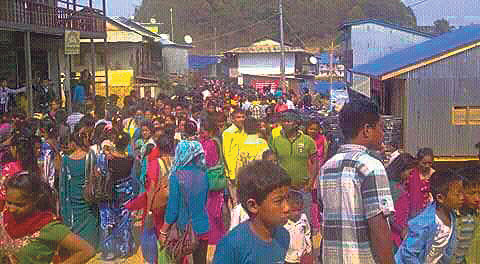 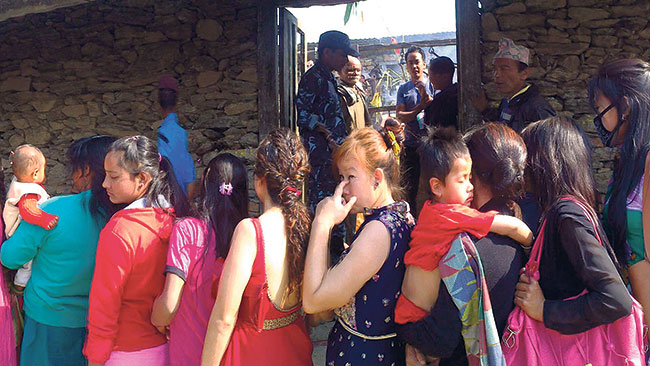