Notching up the creativity

Portraying its boundless possibilities, animation has occupied a special space in the hearts and minds of people, ranging from a cartoon fanatic to a superhero movie buff. It has been equally admired by those in the media by making it possible to bring to life what would otherwise be impossible. Everything is vibrant, ritzy, and magnificent in this world but definitely not at the cost of losing its surrealism. The rapid advancement of technology has made animation accessible to the mass and thus, the animation industry is one of the fastest growing industries in the world.

However, in the context of Nepal, it has not been boosted up to the level of its potentiality yet.
Animation was initially introduced in Nepal in 2005 AD. However, the introduction of ‘animation challenge’ stimulated its popularity a little wider. Animation, in Nepal, is still considered a foreign element and has not been taken seriously. Nepal has seen a lot of successful animation artists that are trusted locally and globally. But, even with the availability of potential human resources, this sector is not fostered and developed as a successful industry.

Statista states that this ever-growing industry, in 2018, is estimated to be worth 259 billion US dollars globally, but if we look at its status in Nepal, the majority of the people is not even familiar with the concept of animation. There are a lot of determining figures lagging in animation.
First and foremost, the problem is its lack of cost-effectiveness. The small Nepali market size stands as the biggest barrier of the animation industry. Animation is a costly process which is not feasible for the Nepali people with a weak purchasing capability.

The key target of the animation industry is filmmaking. Visual effects play important role in today’s filmmaking scenario. The Nepali movie industry is still crawling in its infancy, and it is very difficult to attract a large number of the audience into Nepali movies. With the lacking enthusiasm of people for Nepali movies, it makes filmmakers doubtful about investing in costly animation and visual effects.

Likewise, it requires computers with the latest processors and expensive genuine software that is not easily affordable in the Nepali animation circuit. According to Ramesh Man Shrestha, a senior animation artist, “Nepali animators have a very good reputation in the international industry. Most of the artists prefer to work in Australia, the US, the UK, and Malaysia. We have worked with a lot of Hollywood projects and that clearly shows that the animation industry in Nepal carries huge future prospects. However, there is still a misconception that animation only depicts the ‘impossible’, but the application of animation lies beyond that.”

The curriculum on animation is yet to be recognized as a formal academic course in Nepal. The first step that can be taken to take this movement forward is to raise awareness regarding the importance of animation as an education. Even with the greater possibilities and potentiality, it is limited to diploma courses in training institutes.

“As the entertainment industry is ever growing, animation study as a curriculum is today’s demand. The younger generation is showing energetic interests toward this very sector. However, the parents are still not willing to allow their children to study animation as it doesn’t fall under the list of conventional academic courses in Nepal. We have been trying to introduce animation as a curriculum through the Council for Technical Education and Vocational Training (CTEVT) for more than a year now, but unfortunately, this issue is yet to be addressed,” said Suraj Raj Pandey, Chief Business Development officer at RR Shree School of Technology.

It is rumored that Nepali artists even work for huge international projects like Disney and Pixar. But back home, the work is limited to very basic projects such as advertisements and award functions. Lelin Shrestha, an animation artist said, “People understand VFX merely as a highly expensive tool. Because of this misconception, deeply rooted in the minds of people, filmmakers are hesitant on using it. Rather, they opt for riskier options that are costlier than VFX. Nepali projects generally include advertisements, music videos, and award functions. There is a huge difference between local and international projects, in terms of both payment and quality.”

Subash Rijal, an animator at RR Shree School of Technology, shared, “The prospects of the animation industry in foreign countries are way better. Many of the animation artists reside abroad, which is beneficial for them from both learning and earning perspective. The participation of youngsters willing to learn short-term courses like ‘movie editing’ and ‘3D visualization’ is higher.”

It is very necessary for animation schools in Nepal to get the support from the government. It is high time the Nepali understand there are numerous opportunities in this particular field as well. A young animation artist from MAYA Animation Academy, Samyak Ratna Tuladhar, shared, “This field is strictly for the people that are highly passionate about animating. Creating animation requires a great deal of teamwork. Talking about payment in Nepal’s scenario, the payment is very less compared to the quality of the work provided. Similarly, the bargaining nature of customers makes it hard for us to sustain.” 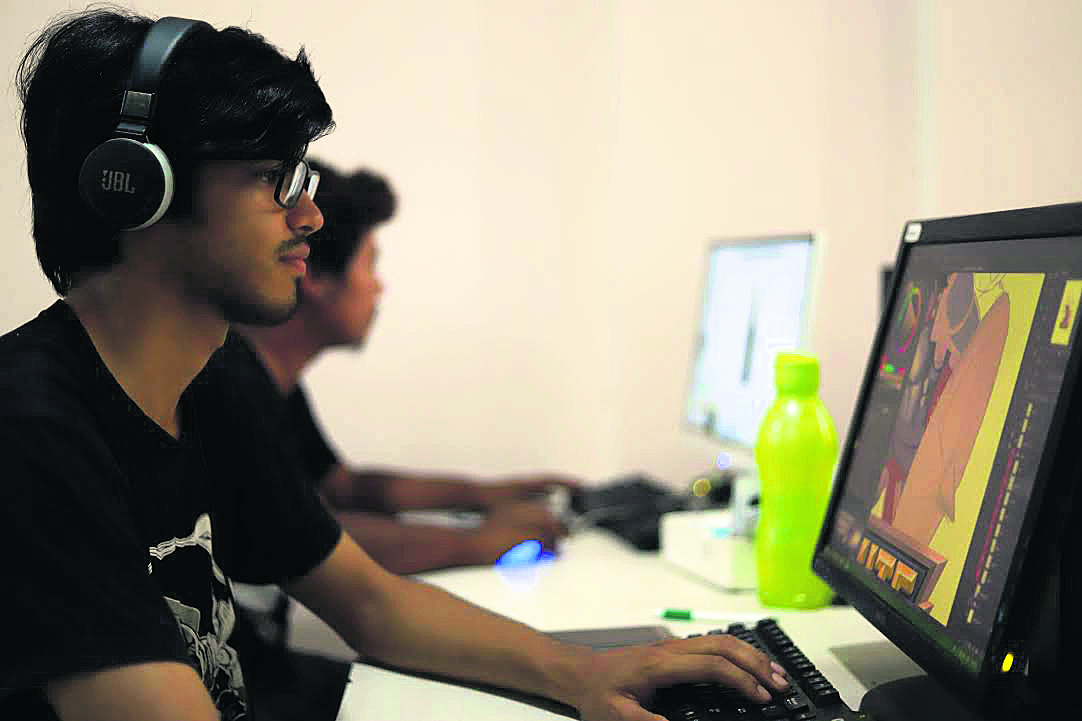