After the success of 'Nepalyatra', Nepathya is all set for their maiden concert in Phidim on Magh 2.

Considered the center for evolvement of Limbu community, Phidim shares a historical significance. Legend has it that  Kings of ten states gathered here and made decisions on several issues back then. Nepathya is set for their first performance in the area. The band will play folk and rock numbers at the play ground of Phidim Higher Secondary School at 6pm.

The band began their musical journey fromDashain. They have so far performed from Rabong of Sikkim to four cities and Kathmandu as  part of their ‘Nepalyatra’ tour. Despite  invitations from other cities, the band chose Phidim as it will be their first performance performing in the town.

One of the organizers, Sumhalung Youth Club stated that the concert is organized in order to promote Phidim and raise funds to contribute for social works and plans.

“We aimed at performing in new places on 2019 and it worked accordingly. This will also be the first Nepathya concert for the new year,” says Kiran Krishna Shrestha of Nepalaya.

"I could barely forget the vigor and warmth we received at the concert held in Fikkal, Illam few years back. Commercial musical concerts have their own importance, but I feel more relieved performing at local areas,” says Amrit Gurung.

Because of some managerial problems, we could not perform at Phidim under the ‘Sundar Shanta Nepal’ project back in 2005. We are happy ht that the dream is finally coming true and we are excited to perform there,” adds Gurung.

Along with Panchthar, Jhapa, Illam, Terathum and Taplejung is prepping up for the promotion of the concert with ticket counters set up at different places.

Gurung will be accompanied by Dhruba Lama on Drums, Suraj Thapa on Keyboard, Subin Shakya on bass with Niraj Gurung on guitar and Shanti Raymajhi on Madal. 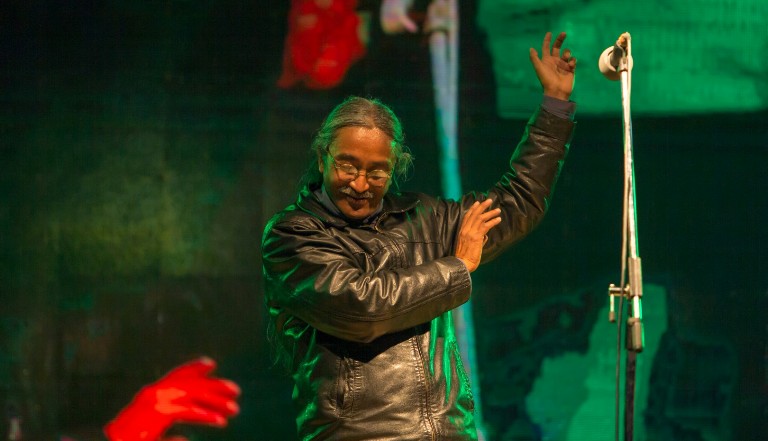